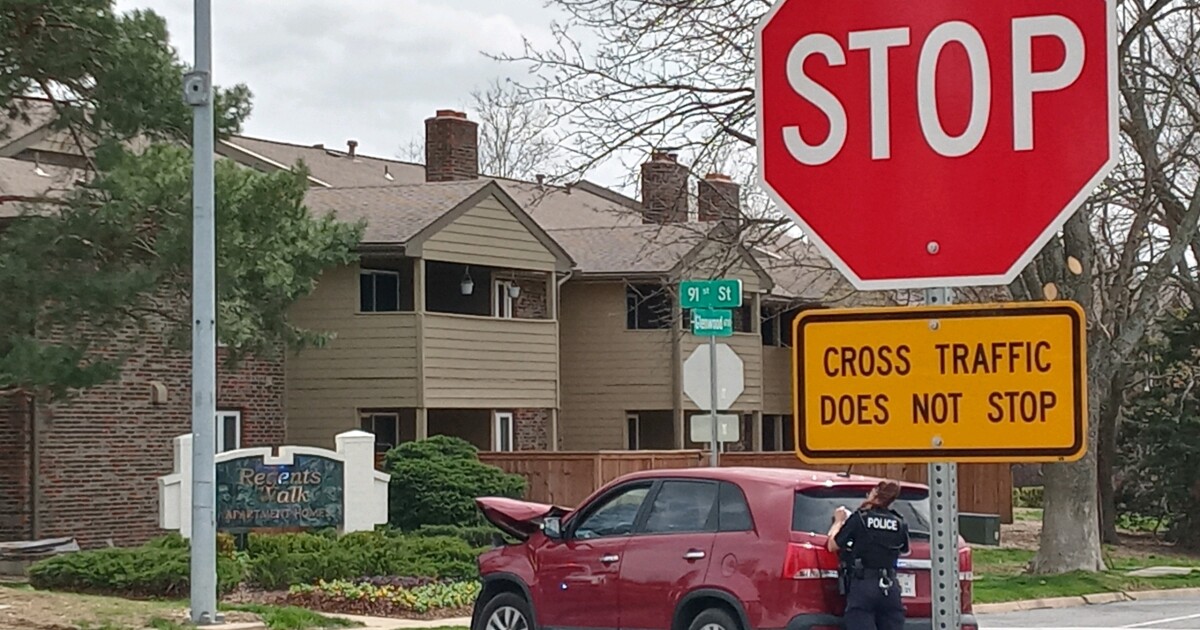 KANSAS CITY, Mo. — The City of Overland Park will install four stop signs at an intersection where 10 accidents have happened in 2021.

The 41 Action News I-Team previously reported the intersection near 91st and Glenwood had recorded seven crashes in less than six months.

Last October, Overland Park City Council gave way for city traffic engineers to remove four-way traffic lights. It was a part of efforts of a pilot study to make it a two-way stop.

The lights were removed because they were nearing their expected lifespan and the intersection no longer met nationally-recognized and approved criteria for a signalized intersection.

The city said the stop signs will be installed in mid-July and will feature LED lights around the border of the sign to help capture the attention of drivers.

In a since-deleted tweet responding to a question about a potential contract extension for Kansas City Chiefs safety Tyrann Mathieu, Mathieu tweeted that he's "probably not" going to get a new deal in … END_OF_DOCUMENT_TOKEN_TO_BE_REPLACED

KANSAS CITY, Mo. — A manhole left uncovered is the source of concern after a woman damaged her car in Kansas City. The single-car crash happened at 11th Street and Tracy Avenue during the busy … END_OF_DOCUMENT_TOKEN_TO_BE_REPLACED

Kansas City, Missouri's COVID-19 emergency order was set to expire at the end of the month. But Mayor Quinton Lucas made it clear Friday that private businesses can still set their own rules.Any … END_OF_DOCUMENT_TOKEN_TO_BE_REPLACED

KANSAS CITY, MO (KCTV/AP) — All restrictions meant to slow the spread of the coronavirus were being rescinded as of midday Friday in Kansas City, Missouri, following guidance from the U.S. Centers for … END_OF_DOCUMENT_TOKEN_TO_BE_REPLACED