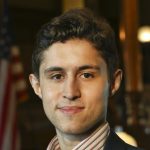 TOPEKA — An Overland Park sporting goods store has reached a settlement with federal authorities over a violation of the Americans with Disabilities Act and agreed to change its policies.

The allegation against Scheels All Sports comes from a complaint filed in 2019 by an 18-year-old woman with Down syndrome. An investigation conducted by the U.S. Attorney’s Office found that during a high school trip, the woman was denied a ride on a Ferris wheel by an attendant who cited company policy forbidding disabled riders without an adult.

Despite assurances from teachers that the woman could ride safely, staff refused service.

“Scheels’ former policy and practice was inconsistent with the ADA, which prohibits eligibility criteria that screen out individuals with disabilities from fully and equally enjoying goods and services,” said acting U.S. Attorney Duston Slinkard. “Moreover, any screening policy must be based on legitimate safety requirements and not on mere speculation, stereotypes, or generalizations about individuals with disabilities.”

The Kansas U.S. Attorney’s Office will monitor the company’s conduct for three years.

Noah Taborda started his journalism career in public radio at KBIA in Columbia, Missouri, covering local government and producing an episode of the podcast Show Me The State while earning his bachelor’s degree in radio broadcasting at the University of Missouri School of Journalism. Noah then made a short move to Kansas City, Missouri, to work at KCUR as an intern on the talk show Central Standard and then in the newsroom, reporting on daily news and feature stories.

In a since-deleted tweet responding to a question about a potential contract extension for Kansas City Chiefs safety Tyrann Mathieu, Mathieu tweeted that he's "probably not" going to get a new deal in … END_OF_DOCUMENT_TOKEN_TO_BE_REPLACED

KANSAS CITY, Mo. — A manhole left uncovered is the source of concern after a woman damaged her car in Kansas City. The single-car crash happened at 11th Street and Tracy Avenue during the busy … END_OF_DOCUMENT_TOKEN_TO_BE_REPLACED

Kansas City, Missouri's COVID-19 emergency order was set to expire at the end of the month. But Mayor Quinton Lucas made it clear Friday that private businesses can still set their own rules.Any … END_OF_DOCUMENT_TOKEN_TO_BE_REPLACED

KANSAS CITY, MO (KCTV/AP) — All restrictions meant to slow the spread of the coronavirus were being rescinded as of midday Friday in Kansas City, Missouri, following guidance from the U.S. Centers for … END_OF_DOCUMENT_TOKEN_TO_BE_REPLACED