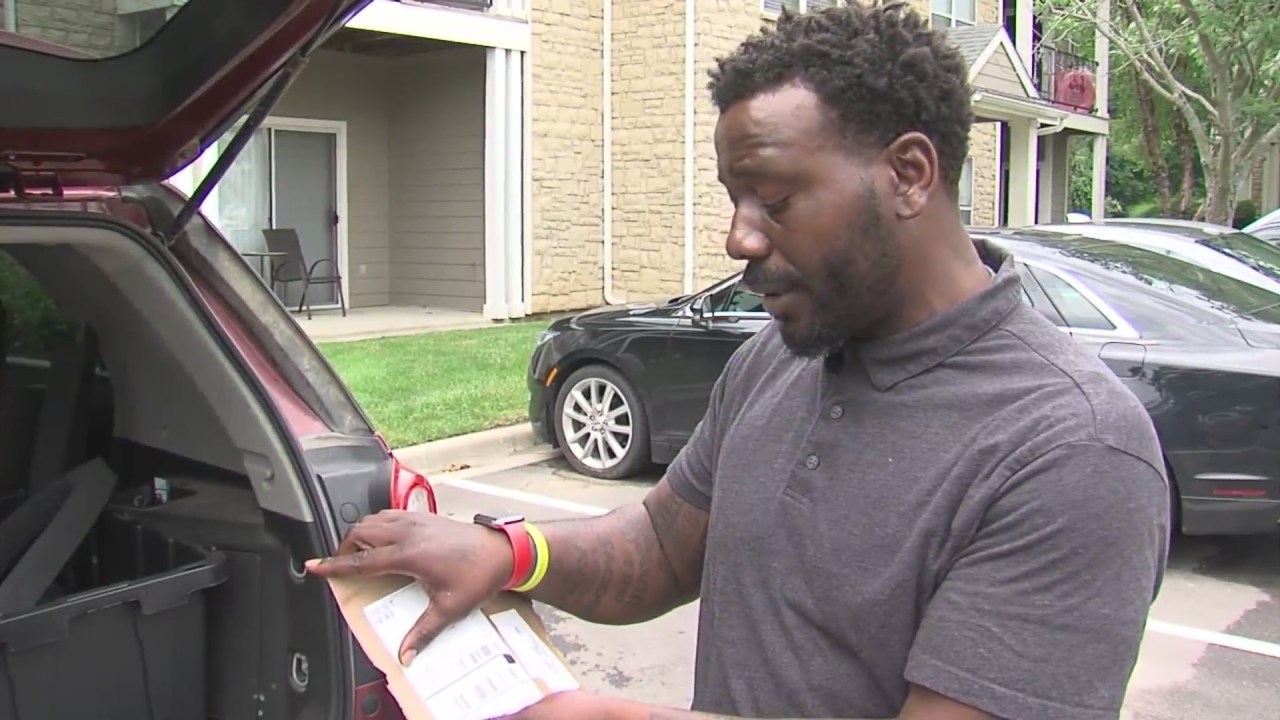 OVERLAND PARK, Kan. – Police are issuing a warning about a scam that seems to target people who are searching for employment.

Overland Park Police report a handful of people in Johnson County have already fallen victim, and the trouble started while they were searching for jobs online.

It’s called repacking or reshipping. It involves unsuspecting victims being asked by a would-be employer to purchase goods online and ship them to customers at other addresses.

Congolese family moves to Kansas City to escape civil war, only to be scammed out of life savings

One police investigator warns many of those purchases are made with stolen credit card numbers.

“They said I would receive packages like these. It would be addressed to the seller,” said Orlando Hinson from Overland Park.

Hinson, who works at a metro hotel, said it sounded like easy work. The employer, who orchestrated a scam Hinson didn’t know about, said it would pay him $2,800 per month to purchase goods, inspect them and then, using boxes he’d purchased, ship them to another address.

“They said they were a new company and a lot of stores here don’t take overseas credit cards and overseas accounts,” Hinson said.

Hinson said the fake company asked him to purchase boxes and other items for packing – money he doubts he’ll get back. Sometimes, banks assist customers who’ve been scammed while using credit cards from their financial institutions. Hinson isn’t sure if that will happen in his case.

A police detective called Hinson this week, informing him a stolen phone had been purchased and shipped with his name attached.

“It makes me feel like I was a victim of some malicious person who doesn’t have a heart for people and the everyday working person,” Hinson told FOX4 on Wednesday.

Sgt. Zach Stephens, a economic crimes detective with Overland Park Police, said anyone can fall for these schemes. The detective said repacking schemes are more sophisticated than many fraud operations.

Stephens said some of them will even pay their presumed employees a small amount of money to gain their confidence. When they’re caught, those scammers are usually convicted for fraudulent use of credit cards and selling stolen goods.

“They may even have an LLC, but when you start to dig into them and peel back the layers of one company to another, all of a sudden, the shiny veneer fades away and it raises more questions,” Stephens said.

Moreover, police emphasize due diligence when it comes to searching for online employment, and if a situation sounds too good to be true, it might be. Hinson encourages others to use that kind of scrutiny.

In a since-deleted tweet responding to a question about a potential contract extension for Kansas City Chiefs safety Tyrann Mathieu, Mathieu tweeted that he's "probably not" going to get a new deal in … END_OF_DOCUMENT_TOKEN_TO_BE_REPLACED

KANSAS CITY, Mo. — A manhole left uncovered is the source of concern after a woman damaged her car in Kansas City. The single-car crash happened at 11th Street and Tracy Avenue during the busy … END_OF_DOCUMENT_TOKEN_TO_BE_REPLACED

Kansas City, Missouri's COVID-19 emergency order was set to expire at the end of the month. But Mayor Quinton Lucas made it clear Friday that private businesses can still set their own rules.Any … END_OF_DOCUMENT_TOKEN_TO_BE_REPLACED

KANSAS CITY, MO (KCTV/AP) — All restrictions meant to slow the spread of the coronavirus were being rescinded as of midday Friday in Kansas City, Missouri, following guidance from the U.S. Centers for … END_OF_DOCUMENT_TOKEN_TO_BE_REPLACED