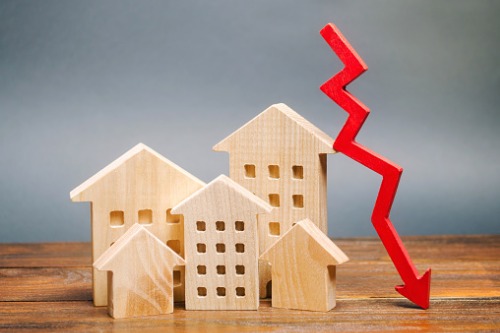 While nominal house price increases in the past year might have frightened analysts and made some first-time buyers question their homeownership dreams, the presence of low mortgage rates meant that buying power had actually increased steadily throughout that period. However, the March Real House Price Index from title insurance provider First American Financial indicates a reversal of that trend. For the first time in two years, overall affordability has declined nationwide and in 45 of the 50 major markets measured by First American.

While the driving force behind this decline in affordability is an ‘econ 101’ supply-demand issue, Fleming doesn’t believe the market has yet hit equilibrium. While some prospective buyers on the margins may pull back now because of affordability, demand is still so high relative to supply that appreciation is likely to continue.

The buyers most likely to struggle now, Fleming said, are first timers. Without the equity of an existing home to leverage and mortgage rates ticking up, many lack the means to win out in one of the most competitive housing markets in history. The pace of acceleration and rapid nature of demand, Fleming said, is more pronounced at the lowest end of the market, forcing greater struggles among this buying class.

Of the 45 markets that saw affordability decline, Kansas City, Mo. led the pack, driven by a 4.3% decrease in household income and a 16.5% increase in nominal house prices year over year. It was followed by Phoenix and Tampa while Seattle and Austin rounded out the top five. The only five metros that saw affordability improve were already among the most expensive in the country. San Francisco led that pack, followed by San Jose, Miami, Riverside Calif., and Boston.

Read more: Why isn’t the rust belt having a remote work housing boom?

Ginnaty said that if this trend continues, driven more by rising mortgage rates, a greater affordability squeeze should push more prospective buyers out of the market. That should, in turn, prompt fewer or less intense bidding wars which could cause house price appreciation to moderate. He doesn’t expect prices to fall, but a slowdown in appreciation may give builders time to bring more supply on line and allow first time homebuyers to enter the market in less stressful circumstances.

As the economy reopens and wages come back for many sectors, Fleming believes that the summer purchase market will still be a hot one. Mortgage pros need to keep operating as they have, preparing as many clients as possible for the cutthroat competition that lies ahead.

“As more and more people are vaccinated and the economic recovery continues, demand for labor will likely increase, and that can put upward pressure on wages as employers compete to attract employees,” said Fleming. “At the same time, mortgage rates edged down slightly in April and even dipped below 3% in May. House-buying power is likely to remain robust in the months to come, but affordability trends will likely hinge on changes in nominal house price appreciation.”

In a since-deleted tweet responding to a question about a potential contract extension for Kansas City Chiefs safety Tyrann Mathieu, Mathieu tweeted that he's "probably not" going to get a new deal in … END_OF_DOCUMENT_TOKEN_TO_BE_REPLACED

KANSAS CITY, Mo. — A manhole left uncovered is the source of concern after a woman damaged her car in Kansas City. The single-car crash happened at 11th Street and Tracy Avenue during the busy … END_OF_DOCUMENT_TOKEN_TO_BE_REPLACED

Kansas City, Missouri's COVID-19 emergency order was set to expire at the end of the month. But Mayor Quinton Lucas made it clear Friday that private businesses can still set their own rules.Any … END_OF_DOCUMENT_TOKEN_TO_BE_REPLACED

KANSAS CITY, MO (KCTV/AP) — All restrictions meant to slow the spread of the coronavirus were being rescinded as of midday Friday in Kansas City, Missouri, following guidance from the U.S. Centers for … END_OF_DOCUMENT_TOKEN_TO_BE_REPLACED