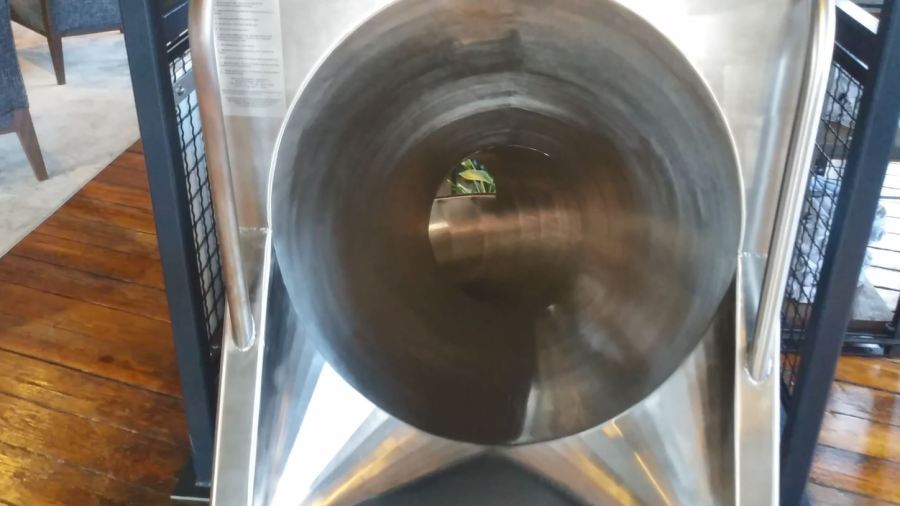 KANSAS CITY, Mo. — Kansas City’s oldest distillery operates today inside a place that was built by the largest beer brewery west of St. Louis at the time.

But wait, there’s more. While these two historic Kansas City businesses just overlapped in 2019, their unlikely marriage was actually more than 100 years in the making.

In 1884, Ferdinand Heim moved from Germany to Kansas City and started a Ferd. Heim Brewing Company. The brewery grew in the once-thriving East Bottoms, and they opened a bottling plant next door. Production increased to 125,000 bottles a day. Business was booming.

Looking north from the area of modern day Kessler Park, the Ferd. Heim bottling plant is visible behind and to the left of the main brewery building.

A few years after the Heim family came to KC, Jacob Rieger arrived. An immigrant from Austria-Hungary, he soon started a distilling company. The company became the largest mail-order whiskey house in the United States.

When the temporary Wartime Prohibition Act was passed in the U.S. on Nov. 18, 1918, Ferd. Heim Brewing closed. The 18th Amendment was passed a year later, cementing Prohibition for the next 13 years. In December, 1919, J. Rieger & Co. shut its doors as well.

Fast-forward almost 100 years, and Andy Maybee, a KC restauranteer, met Andy Rieger, the great-great-great grandson of Jacob Rieger. Together, they decided to re-open the old distillery.

J. Rieger now has two bars, a full-scale distilling room and a barreling room. The place is so big that they even built a museum that details their history and a literal slide to travel between floors.

The J. Rieger curly slide starts on the second-floor bar and winds down to the shop and museum. Watch me slide in the video.

The slogan, “O! So Good!” is an original distillery slogan from the early 1900s.

However, you can still see details from the old Ferd. Heim beer company. One stands out on the building’s façade – a special German character of a crescent and the number 11. It refers to an old German drinking rule, which translates to “You will drink again.”

How fitting that this symbol seems to fulfill a prophecy of rebirth in Kansas City. You can find it set in the center of the top of the building, which, after 100 years, is providing drinks to Kansas City once again.

See more Beneath the Bricks stories on FOX4

In a since-deleted tweet responding to a question about a potential contract extension for Kansas City Chiefs safety Tyrann Mathieu, Mathieu tweeted that he's "probably not" going to get a new deal in … END_OF_DOCUMENT_TOKEN_TO_BE_REPLACED

KANSAS CITY, Mo. — A manhole left uncovered is the source of concern after a woman damaged her car in Kansas City. The single-car crash happened at 11th Street and Tracy Avenue during the busy … END_OF_DOCUMENT_TOKEN_TO_BE_REPLACED

Kansas City, Missouri's COVID-19 emergency order was set to expire at the end of the month. But Mayor Quinton Lucas made it clear Friday that private businesses can still set their own rules.Any … END_OF_DOCUMENT_TOKEN_TO_BE_REPLACED

KANSAS CITY, MO (KCTV/AP) — All restrictions meant to slow the spread of the coronavirus were being rescinded as of midday Friday in Kansas City, Missouri, following guidance from the U.S. Centers for … END_OF_DOCUMENT_TOKEN_TO_BE_REPLACED