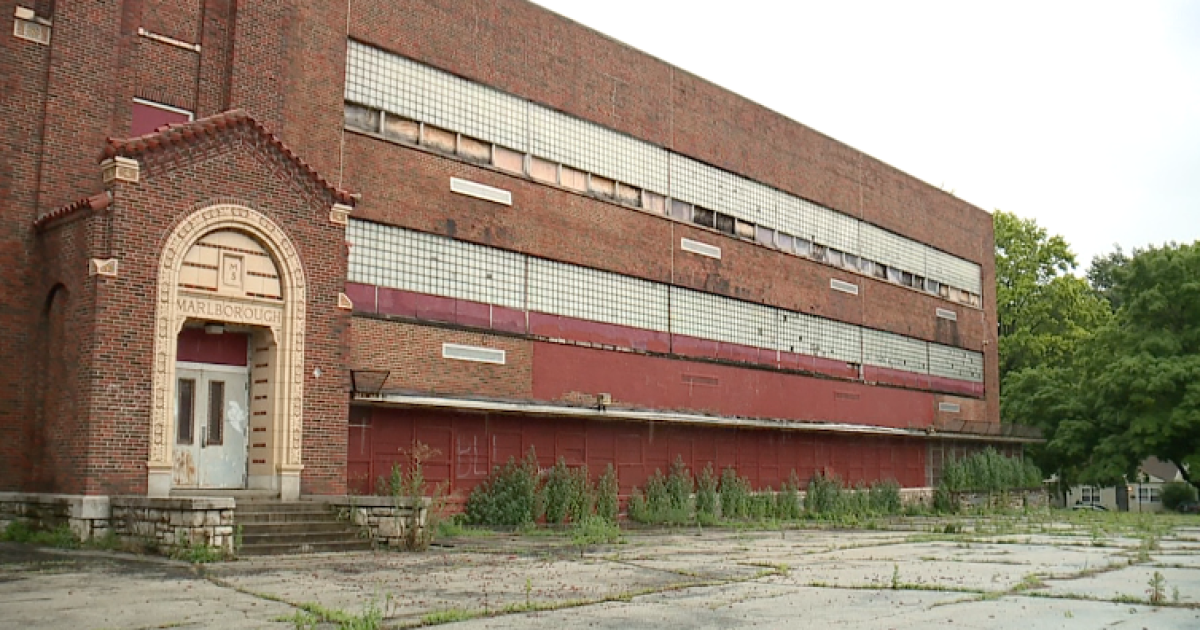 KANSAS CITY, Mo. — The abandoned Marlborough school building at 74th and Tracy was built in 1927, and has sat vacant since 2007.

Since that time, neighbors have watched the building and the 4-acre property slowly deteriorate.

“Sitting there idle, it just kind of makes it vulnerable for people to come and break out windows,” said Eddie Waller, a resident of the neighborhood for 21 years. “So it would nice to have something done to it.”

The broken windows, abandoned playgrounds and overgrown grass are not what many residents want to see looking outside.

“Living across the street and then looking out there and just seeing an empty building, you know, it’s not so nice,” Clarence Mclaughlin, another resident, said.

But a partnership with the Marlborough Community Land Trust and investor equity2, could give the building new life.

“Our dream since 2010 has been that this building would be a mixed-use facility, that it would serve the needs of the community,” Rodger Kube, Marlborough Community Land Trust board president, said.

Kube said there are many institutions the neighborhood is missing.

Some of those needs could be placed inside this building, as the community will have a say in what will go inside.

“The community will decide how they want the building to be used, who they want to be within the building, whether it’s small businesses or nonprofits,” said Lauren Obermueller, impact investment coordinator at equity2.

They do that through a new wealth-generating tool called a Community Investment Trust, or CIT, which allows those in the neighborhood to invest in the building.

Neighbors can invest anywhere from $10 to $100 per month, and, over time, can receive dividends.

“And from that, it’ll be a community wealth-generating tool that will allow them to save over time,” Obermueller said, “and they can continue to reinvest that money or take it out and put it for a down payment for a home or whatever their financial goal for their family are.”

It’s an idea gaining momentum with those who live near the school.

“If we can get some people to invest a little in it and see it coming up, that would be wonderful,” Waller said. “I think that would be a great idea.”

It’s a saving grace for this building, while adding value to the eastside neighborhood.

“We want the wealth to stay here because we know that when a dollar stays in the community, it multiplies,” Kube said.

In the next few months, the group will launch a feasibility study and is looking to gather feedback on what types of businesses should be housed inside the building.

In a since-deleted tweet responding to a question about a potential contract extension for Kansas City Chiefs safety Tyrann Mathieu, Mathieu tweeted that he's "probably not" going to get a new deal in … END_OF_DOCUMENT_TOKEN_TO_BE_REPLACED

KANSAS CITY, Mo. — A manhole left uncovered is the source of concern after a woman damaged her car in Kansas City. The single-car crash happened at 11th Street and Tracy Avenue during the busy … END_OF_DOCUMENT_TOKEN_TO_BE_REPLACED

Kansas City, Missouri's COVID-19 emergency order was set to expire at the end of the month. But Mayor Quinton Lucas made it clear Friday that private businesses can still set their own rules.Any … END_OF_DOCUMENT_TOKEN_TO_BE_REPLACED

KANSAS CITY, MO (KCTV/AP) — All restrictions meant to slow the spread of the coronavirus were being rescinded as of midday Friday in Kansas City, Missouri, following guidance from the U.S. Centers for … END_OF_DOCUMENT_TOKEN_TO_BE_REPLACED