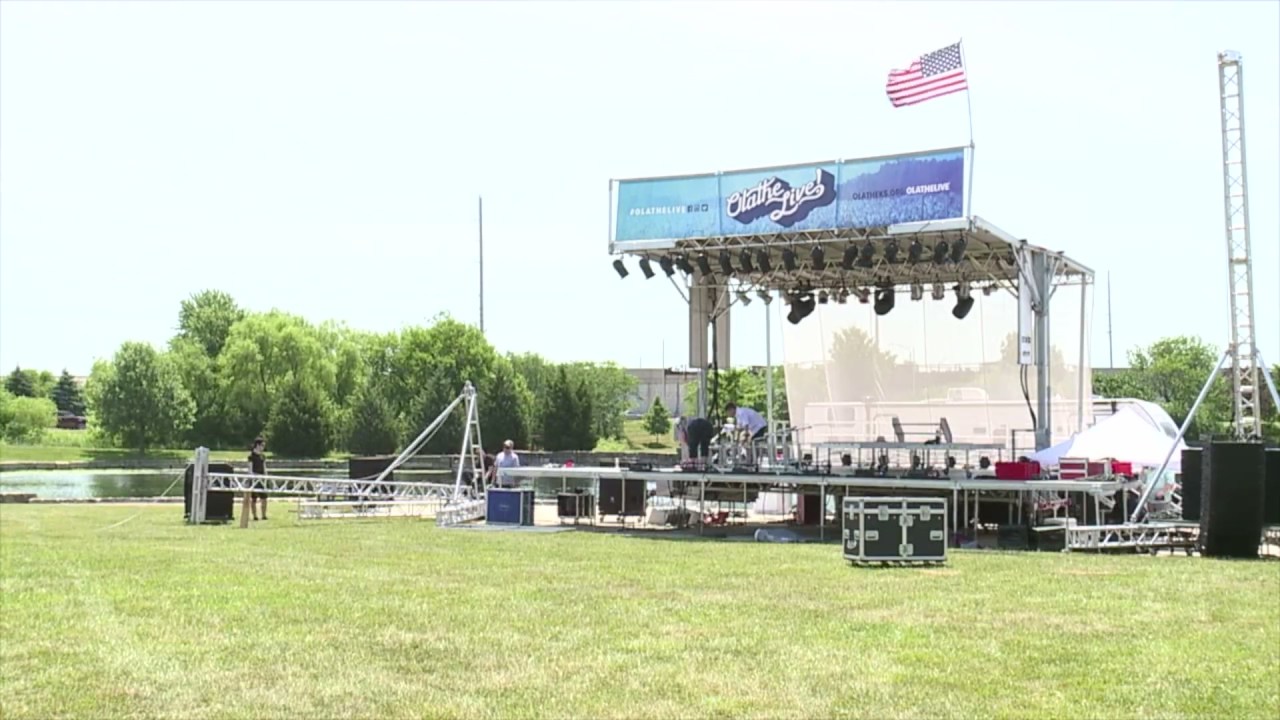 OLATHE, Kan. — Like most of the metro, Johnson County is getting blasted by the sun. Olathe has flirted with 100 degrees all week, and on Friday, it was just one away from triple digits.

People at Stagecoach Park in Olathe were baking in the sun as they prepared for outdoor events that evening like Olathe Live!, a concert series returning this week. People spending pretty much any time in the sun need to take precaution.

That’s why a lot of people are preferring indoor events.

It was less about sunscreen and more about thimbles at the Overland Park Convention Center where — on the hottest day in a long time in Johnson County — the Kansas City Regional Quilt Festival hit record attendance.

Susie Simmons from Basket Treasures Wool Cottage in Indiana said she’s certainly not wearing wool in summer weather like this.

“But I’m working with it all the time,” Simmons said.

So when the summer temperatures hit, is there such thing as a summer quilt?

“I do the same weight but some of the battings are thinner. Some are heavier,” said Julie Letvin from Me & My Stitches in Mount Pleasant, Iowa.

But even with all the quilts people see at the festival, the only use for a blanket outside is probably for a picnic or reserving a space somewhere like Olathe Live!

“Everyone would like the ideal 78-degree day, sunny all day. But, you know, we’re very happy to just be working,” Amy Pearson of Premiere Live said.

Pearson is working 10 a.m. through midnight for Olathe Live! The sun is working against in many ways.

“I personally am in charge of the lighting, which is kind of ironic since it doesn’t get dark until 9. So you only get to see the lights for about an hour,” Pearson said.

“Last week was terrible. I mean, we sat there and watched that stuff coming in,” Stewart said.

“You know, I think it’s either going to have to be a monsoon or 150 degrees for people to stay home today,” Stewart said.

“We have air conditioning in the trailer, but I find that if you go in and out it makes it worse, so I don’t ever go in,” Stewart added.

“I’m putting on a lot of sunscreen. I had a hat on. I’m trying to stay in the shade as much as possible,” Pearson said.

But for older individuals with sensitivities to heat, they might be planning to avoid the outdoors Friday, perhaps in the air conditioning at the quilting festival.

“That’s right. It’s terrible outside. It was terrible at 8 o’clock this morning,” Letvin said.

Download the FOX4KC news apps on iPhone and Android

In a since-deleted tweet responding to a question about a potential contract extension for Kansas City Chiefs safety Tyrann Mathieu, Mathieu tweeted that he's "probably not" going to get a new deal in … END_OF_DOCUMENT_TOKEN_TO_BE_REPLACED

KANSAS CITY, Mo. — A manhole left uncovered is the source of concern after a woman damaged her car in Kansas City. The single-car crash happened at 11th Street and Tracy Avenue during the busy … END_OF_DOCUMENT_TOKEN_TO_BE_REPLACED

Kansas City, Missouri's COVID-19 emergency order was set to expire at the end of the month. But Mayor Quinton Lucas made it clear Friday that private businesses can still set their own rules.Any … END_OF_DOCUMENT_TOKEN_TO_BE_REPLACED

KANSAS CITY, MO (KCTV/AP) — All restrictions meant to slow the spread of the coronavirus were being rescinded as of midday Friday in Kansas City, Missouri, following guidance from the U.S. Centers for … END_OF_DOCUMENT_TOKEN_TO_BE_REPLACED