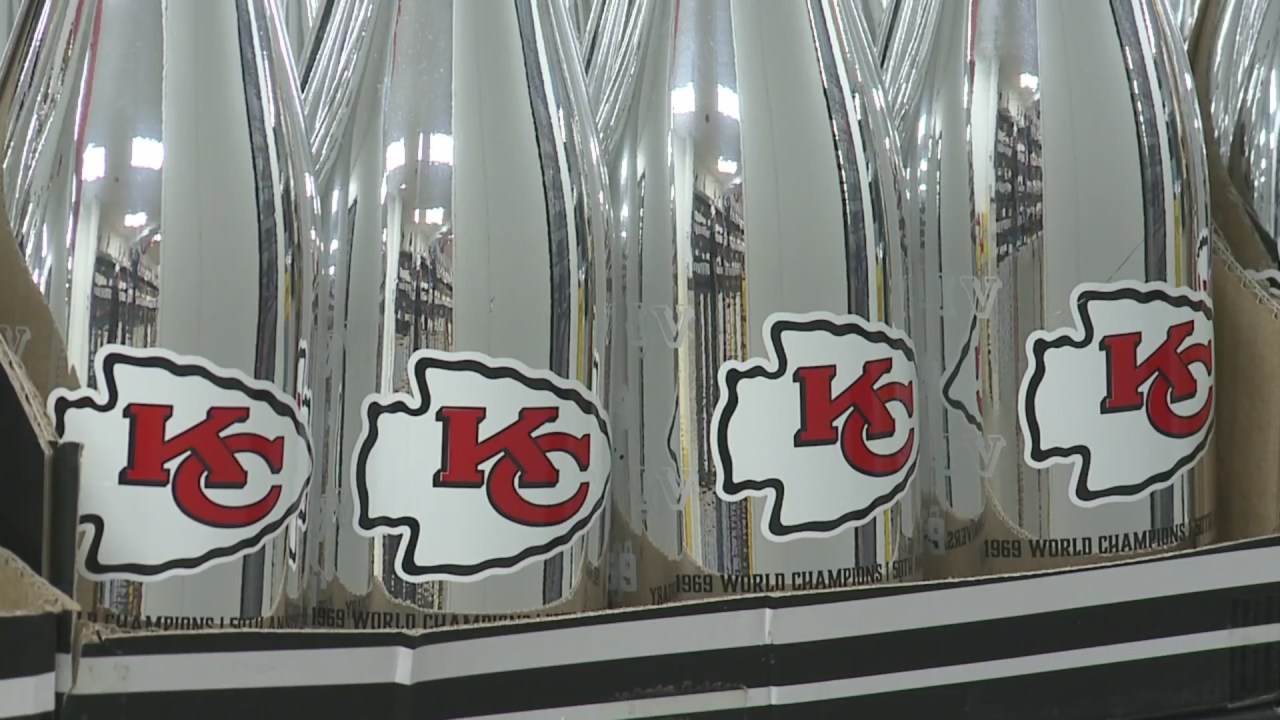 OLATHE, Kan. — Imagine this. It’s a Sunday and the Kansas City Chiefs are playing a noon game.

Not if you forgot to buy the alcohol for your party. At least, that’s the situation in Kansas where liquor stores don’t open until noon.

But things are changing.

On Tuesday night, Olathe’s city council is considering something that many city councils in Kansas will be looking at this year.

The basic question is should respective municipalities match their ordinances with new state law which allows retail liquor sales to start earlier on Sundays at 9 a.m.

Tyler Mitchell works at Brown Bag Liquor in Olathe. He knows the store as well as his own liquor cabinet. He also knows the flow of Sunday customers.

“Normally we’ll come in a little bit early and kind of get things set up for folks, you know, kind of anticipating that people will be waiting,” Mitchell said.

“It was kind of nice when we were younger and we were small and we were really trying to grow our business. And it was nice to have Sunday off because Sundays we were closed and it was the only day you didn’t have to worry about anything,” Nelson said.

Now Sundays are fair game. And the possibility of expanded hours. A change that could happen by the end of summer is a strong draw.

“I don’t know that we’ll open right at 9 o’clock but I think the market will tell us what we need to do,” Nelson said.

Mitchell also said he does not think earlier Sunday hours will necessarily lead to more business.

“Granted, you know, Chiefs games coinciding with noon is something of note. But do I think they would be storming the doors at 9 a.m.? I do not,” Mitchell said.

Olathe City Council members vote on the proposal at Tuesday night’s meeting which starts at 6:45 p.m. If it passes there is a 60-day petition period. Without a challenge the new time rules could go into effect by September.

In a since-deleted tweet responding to a question about a potential contract extension for Kansas City Chiefs safety Tyrann Mathieu, Mathieu tweeted that he's "probably not" going to get a new deal in … END_OF_DOCUMENT_TOKEN_TO_BE_REPLACED

KANSAS CITY, Mo. — A manhole left uncovered is the source of concern after a woman damaged her car in Kansas City. The single-car crash happened at 11th Street and Tracy Avenue during the busy … END_OF_DOCUMENT_TOKEN_TO_BE_REPLACED

Kansas City, Missouri's COVID-19 emergency order was set to expire at the end of the month. But Mayor Quinton Lucas made it clear Friday that private businesses can still set their own rules.Any … END_OF_DOCUMENT_TOKEN_TO_BE_REPLACED

KANSAS CITY, MO (KCTV/AP) — All restrictions meant to slow the spread of the coronavirus were being rescinded as of midday Friday in Kansas City, Missouri, following guidance from the U.S. Centers for … END_OF_DOCUMENT_TOKEN_TO_BE_REPLACED