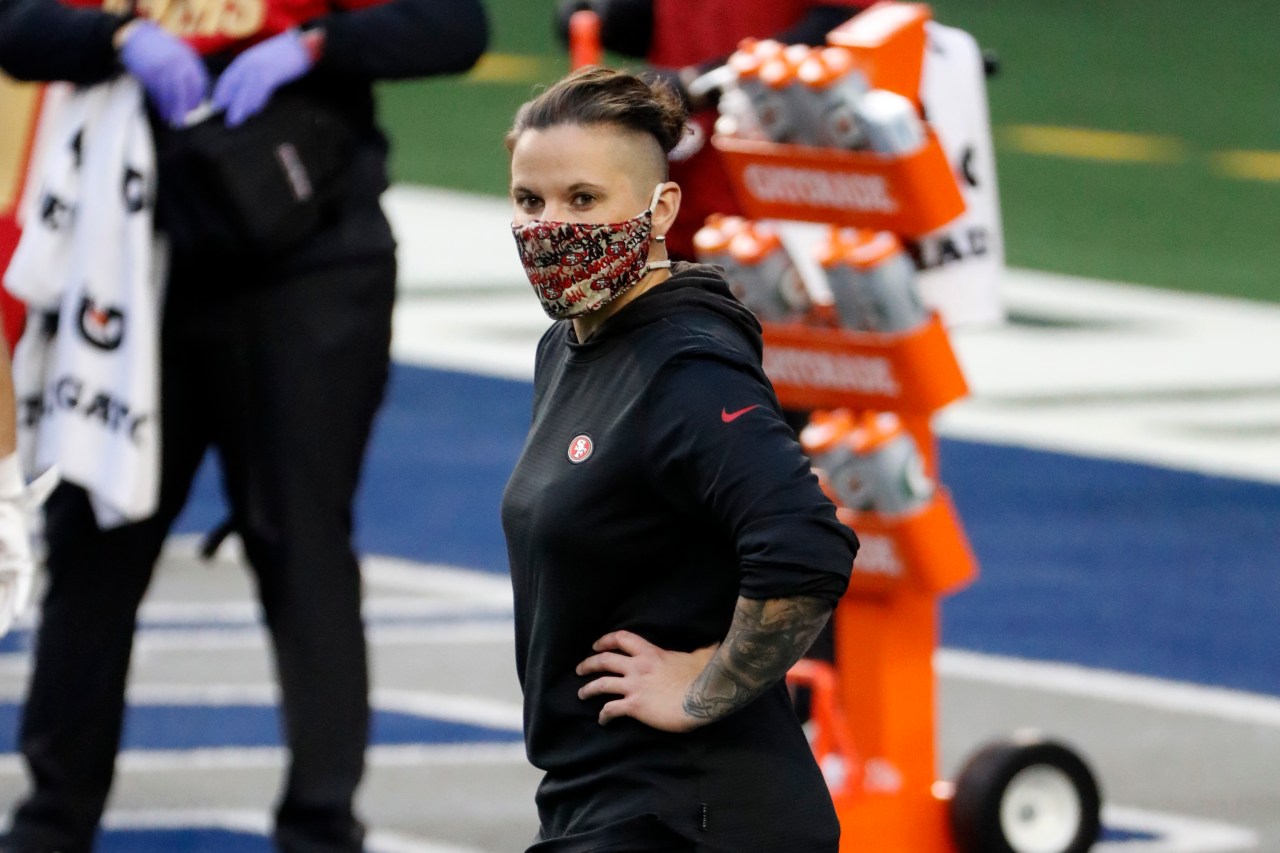 KANSAS CITY, Mo. — Katie Sowers, a Kansas native and the first woman to coach in a Super Bowl, is returning to the Midwest to join the Kansas City Chiefs.

Sowers shared the news Wednesday afternoon on Instagram. In the message, she thanked the Kansas City Chiefs organization for the opportunity and alluded that she planed to attend workouts and training camp this summer.

In the post, Sowers said she’ll join the Chiefs through the Bill Walsh Diversity fellowship. The fellowship helps coaches gain exposure to the NFL through training camps and offseason workout programs.

The Atlanta Falcons hired Sowers in 2016 as a training camp assistant. From Atlanta, Sowers moved to San Francisco and, through the Bill Walsh Diversity fellowship, she was eventually hired as an offensive assistant for the 49ers. Her contract with the team expired in 2020.

Sowers was born in Hesston, Kansas. She graduated from the University of Central Missouri with a master’s degree in kinseology. She also played football for the West Michigan Mayhem and the Kansas City Titans. Both teams were part of the Women’s Football Alliance.

In a since-deleted tweet responding to a question about a potential contract extension for Kansas City Chiefs safety Tyrann Mathieu, Mathieu tweeted that he's "probably not" going to get a new deal in … END_OF_DOCUMENT_TOKEN_TO_BE_REPLACED

KANSAS CITY, Mo. — A manhole left uncovered is the source of concern after a woman damaged her car in Kansas City. The single-car crash happened at 11th Street and Tracy Avenue during the busy … END_OF_DOCUMENT_TOKEN_TO_BE_REPLACED

Kansas City, Missouri's COVID-19 emergency order was set to expire at the end of the month. But Mayor Quinton Lucas made it clear Friday that private businesses can still set their own rules.Any … END_OF_DOCUMENT_TOKEN_TO_BE_REPLACED

KANSAS CITY, MO (KCTV/AP) — All restrictions meant to slow the spread of the coronavirus were being rescinded as of midday Friday in Kansas City, Missouri, following guidance from the U.S. Centers for … END_OF_DOCUMENT_TOKEN_TO_BE_REPLACED