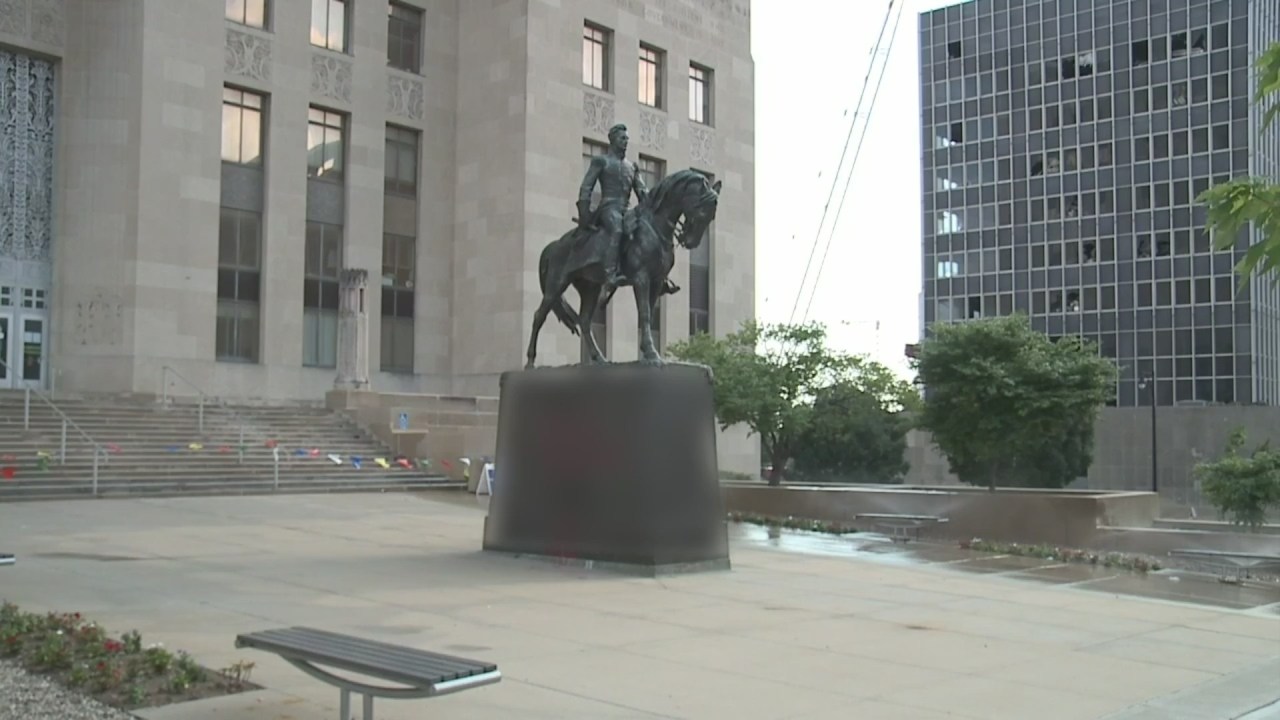 The plaque was added to provide context to the statue, and acknowledge that Jackson was a slave owner and also supported the Indian Removal Act that forced Native Americans from their homes so that white settlers could live on the land.

Child fights off attacker after he breaks into Belton home, police say

The plaque reads in part, “This statue of Jackson reminds us we are on a path that, in the immortal words of Martin Luther King, Jr., bends towards justice. In turn, we must acknowledge past injustices to help us create a greater nation built upon humane policies to light our way and the way of humanity everywhere.”

The statue of the nation’s seventh president outside the downtown courthouse was vandalized last summer. There was also an intense public debate about statues honoring Confederate generals and slave owners, including Jackson, that stand around the Kansas City metro.

In a since-deleted tweet responding to a question about a potential contract extension for Kansas City Chiefs safety Tyrann Mathieu, Mathieu tweeted that he's "probably not" going to get a new deal in … END_OF_DOCUMENT_TOKEN_TO_BE_REPLACED

KANSAS CITY, Mo. — A manhole left uncovered is the source of concern after a woman damaged her car in Kansas City. The single-car crash happened at 11th Street and Tracy Avenue during the busy … END_OF_DOCUMENT_TOKEN_TO_BE_REPLACED

Kansas City, Missouri's COVID-19 emergency order was set to expire at the end of the month. But Mayor Quinton Lucas made it clear Friday that private businesses can still set their own rules.Any … END_OF_DOCUMENT_TOKEN_TO_BE_REPLACED

KANSAS CITY, MO (KCTV/AP) — All restrictions meant to slow the spread of the coronavirus were being rescinded as of midday Friday in Kansas City, Missouri, following guidance from the U.S. Centers for … END_OF_DOCUMENT_TOKEN_TO_BE_REPLACED