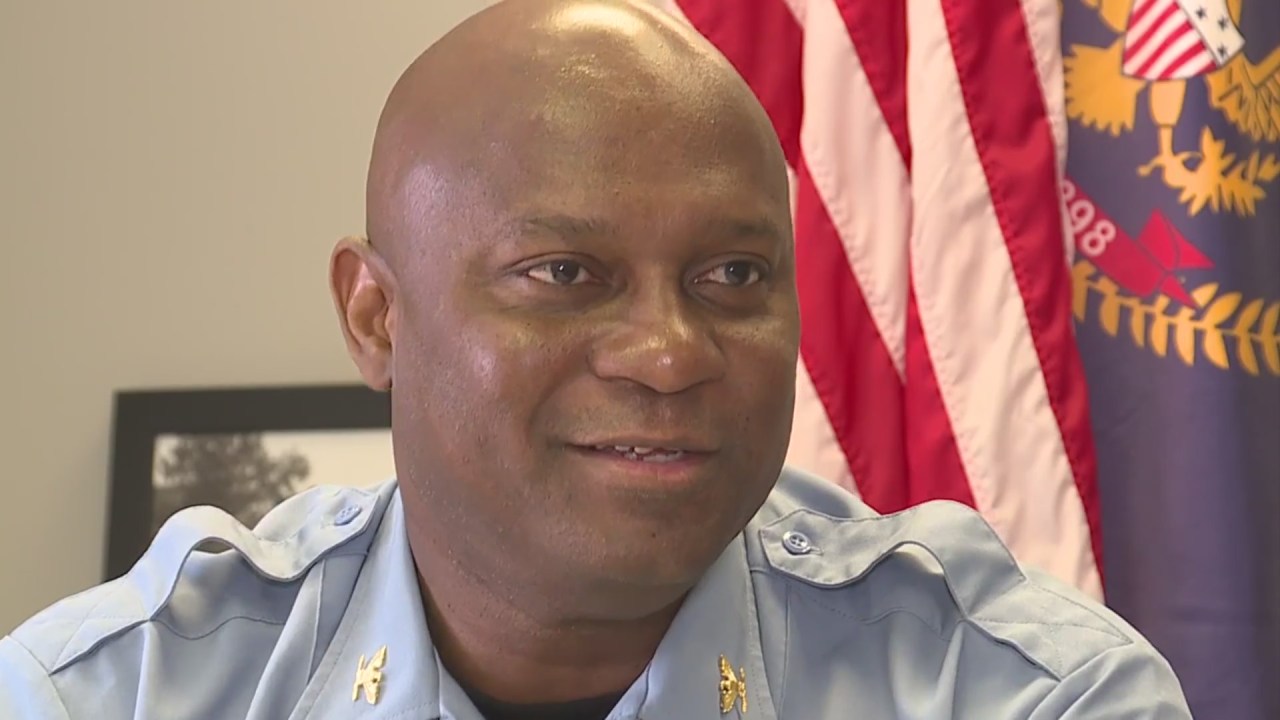 KANSAS CITY, Kan. — Tuesday was day two on the job for Kansas City, Kansas’ new police chief, but Karl Oakman is no stranger to the top ranks in law enforcement, having been the deputy chief in Kansas City, Missouri.

In an exclusive, one-on-one interview, Oakman said he brings a unique perspective to the other side of the state line.

Oakman has a wide range of experience from his 29 years with the Kansas City Police Department, working or supervising in almost every division of the agency.

“I think the big thing that I learned is that you have to be flexible, and you have to change with the times. If not, you get left behind,” Oakman said.

Oakman left KCPD during a time of turmoil and joined a department with its own share of controversy.

“No offense to anyone, but this is not your grandfather’s KCK Police Department,” he said.

Oakman’s biggest concern is what he calls the unfair perception of KCKPD, which critics say is plagued by a reputation as a “good ole boys network,” full of corruption.

“Whether it’s perception or reality, not my job to debate that,” Oakman said. “My job is to move the department forward and stay focused on serving the community of Kansas City, Kansas.”

Oakman’s immediate goals are to strengthen community relationships to reduce crime, use technology to be more efficient and develop a more transparent and diverse workforce.

“What I want to make clear to the community is police departments have to be transparent within the law,” Oakman said when asked what transparency means to him.

Although Oakman would not talk about specific incidents, he said transparency issues in KCPD stemmed from state law. In Missouri, if an incident caught on body camera is part of an investigation, the law prohibits police from releasing it unless a judge orders it.

“So I think transparency sometimes can be a difficult thing to understand. I think as police chief, I will definitely be transparent when the law allows it,” Oakman said.

Rather than police being considered a pipeline into the criminal justice system, Oakman wants to expand on what he calls the excellent job KCKPD already does in community policing and the Police Athletic League.

Community engagement, after all, is what made him want to become a police officer at the age of five, he said.

Oakman’s first memory of the police was when he got to know the officer who patrolled KCK’s Argentine neighborhood where Oakman grew up. The officer got out of his patrol car to talk to the kids and, on occasion, was armed with gifts like coloring books.

After a shootout on his street, Oakman and his friends were scared to talk to police — until their friend showed up.

“He came down and talked to us and, I mean, we broke down like a cheap shotgun,” Oakman said. “We told him everything from the make of the car, everything.”

Oakman said he also plans to expand the officer wellness program because officers facing excessive force and other complains usually have something else going on whether that be personal issues or untreated stress from the job.

As part of that, Oakman will also start an Hispanic Outreach Program to serve a large portion of the community whose unique needs he believes are underserved.

In a since-deleted tweet responding to a question about a potential contract extension for Kansas City Chiefs safety Tyrann Mathieu, Mathieu tweeted that he's "probably not" going to get a new deal in … END_OF_DOCUMENT_TOKEN_TO_BE_REPLACED

KANSAS CITY, Mo. — A manhole left uncovered is the source of concern after a woman damaged her car in Kansas City. The single-car crash happened at 11th Street and Tracy Avenue during the busy … END_OF_DOCUMENT_TOKEN_TO_BE_REPLACED

Kansas City, Missouri's COVID-19 emergency order was set to expire at the end of the month. But Mayor Quinton Lucas made it clear Friday that private businesses can still set their own rules.Any … END_OF_DOCUMENT_TOKEN_TO_BE_REPLACED

KANSAS CITY, MO (KCTV/AP) — All restrictions meant to slow the spread of the coronavirus were being rescinded as of midday Friday in Kansas City, Missouri, following guidance from the U.S. Centers for … END_OF_DOCUMENT_TOKEN_TO_BE_REPLACED