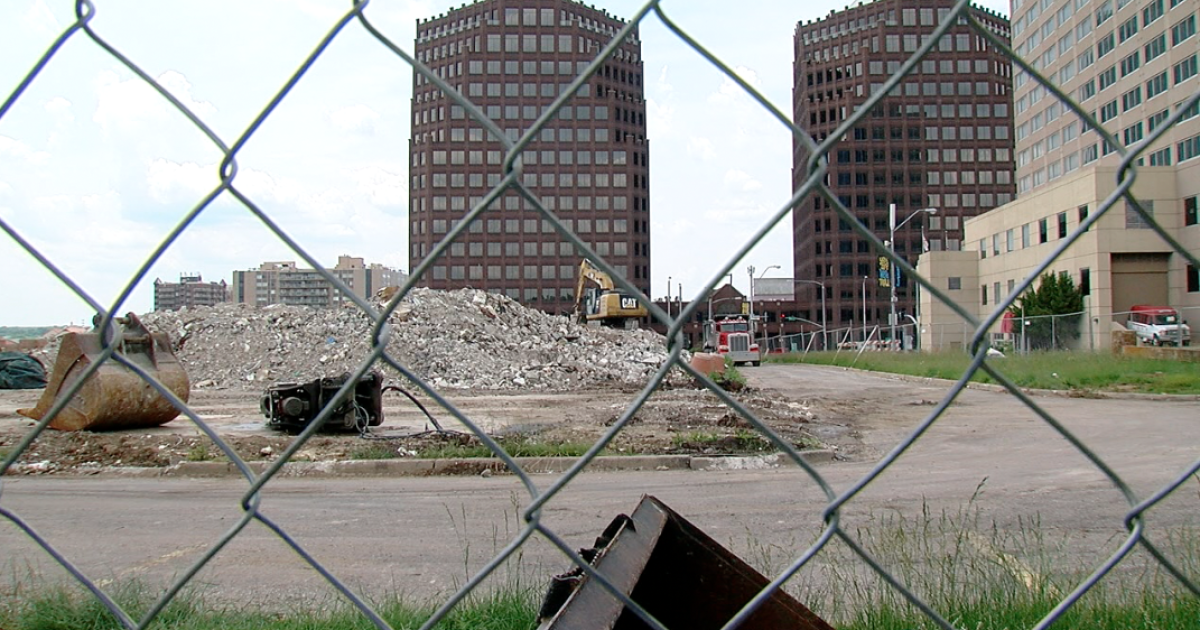 KANSAS CITY, Mo. — A surface parking lot at 3rd and Grand will soon transform into $56 million development with apartments and a transit station.

It’s one of about 30 projects that sought tax incentives before a new city ordinance went into effect this spring.

The Affordable Housing Set Aside ordinance requires incentive projects with 12 or more units to “set aside” 20% of them for affordable housing.”

Developers with incentived projects that don’t meet the requirements must pay a fine that goes into the Kansas City, Missouri, Affordable Housing Trust Fund.

As the Kansas City Business Journal first reported, from the time the ordinance was introduced in December to when it went into effect in April, the number of incentive applications for multifamily housing projects skyrocketed.

During that time frame, the Economic Development Corporation (EDC) received 31 applications, compared to between 1 and 4 applications during the same time period in previous years.

Below is a map of the some the development projects submitted from December to April.

The 41 Action News I-Team asked the EDC if that spike was related to the ordinance.

She said developers shared concerns about the ordinance as it made its way through KCMO City Council.

“Once the discussion started on the affordable housing ordinance, they just weren’t sure what was going to be the end result, when it was going into effect and how it was going to impact them,” McCord said.

On top of that, skyrocketing construction costs complicated the math.

Mike McKeen of EPC Real Estate Group, one of the developers on the 3rd and Grand project, said the rush of applications isn’t because of greed; rather, it’s concern about projects having financing to move forward.

“To secure financing, the project must be financially viable,” he said in a phone call with 41 Action News.

McKeen was the only developer to respond out of six the I-Team contacted for comment on this story.

“The objective is great, but the way it’s being done is not going to solve the problem,” he said, referring to the set aside ordinance.

He’s not alone in that skepticism.

“The policy was designed by wonks and not the people who are directly impacted. It’s limited in scope and ambition, and that’s what happens when you try to make policy without the people closest to the problems,” Jenay Manley, KC Tenants Organizer & City Hall Liaison, said.

The city points out the set aside ordinance is just one aspect of a multi-pronged approach to housing and homelessness.

Dr. Bruce Eddy, Executive Director of the Community Mental Health Fund, is optimistic the legislation will make at least a small dent in the problem. He was, however, dismayed by the spike in incentive applications before the ordinance went into effect.

“We’re not really seeing much that’s useful for our families, yet we’re being forced to subsidize it,” Eddy said.

When tax abatements are granted, revenue is diverted from the mental health fund, and Eddy also worries there’s not enough oversight.

“The attitude is ‘set it and forget it.’ We’re not looking at whether or not they’re using the money as they said they would and whether the city is getting the outcomes needed,” he said.

However, the city looks to change that with this week’s launch of a new housing department.

“That is one of the reasons that we have this new housing department, so we have the ability to fund personnel who can really focus on some of these issues,” LaDonna Gooden, a FUSE Fellow for Economic Development for the city, said.

Gooden was not concerned by the uptick in incentive applications, saying it simply shows new rules are in place.

“What I do know from my brief time working with the development community is there’s a very strong understanding about the old set of rules, and some level of certainty about the process is always something that is helpful for them,” she said.

McCord thinks the ordinance will spur more affordable housing once developers adapt to the new rules.

“Some will have to make a change depending on where the project is, how many units they’re talking about, what their financing looks like. All of that is going to be taken into account,” she said.

Meanwhile, the set aside ordinance itself is facing changes. Councilwoman Andrea Bough’s legislative aide confirmed she is working on adjustments, but no draft has been finalized.

In a since-deleted tweet responding to a question about a potential contract extension for Kansas City Chiefs safety Tyrann Mathieu, Mathieu tweeted that he's "probably not" going to get a new deal in … END_OF_DOCUMENT_TOKEN_TO_BE_REPLACED

KANSAS CITY, Mo. — A manhole left uncovered is the source of concern after a woman damaged her car in Kansas City. The single-car crash happened at 11th Street and Tracy Avenue during the busy … END_OF_DOCUMENT_TOKEN_TO_BE_REPLACED

Kansas City, Missouri's COVID-19 emergency order was set to expire at the end of the month. But Mayor Quinton Lucas made it clear Friday that private businesses can still set their own rules.Any … END_OF_DOCUMENT_TOKEN_TO_BE_REPLACED

KANSAS CITY, MO (KCTV/AP) — All restrictions meant to slow the spread of the coronavirus were being rescinded as of midday Friday in Kansas City, Missouri, following guidance from the U.S. Centers for … END_OF_DOCUMENT_TOKEN_TO_BE_REPLACED