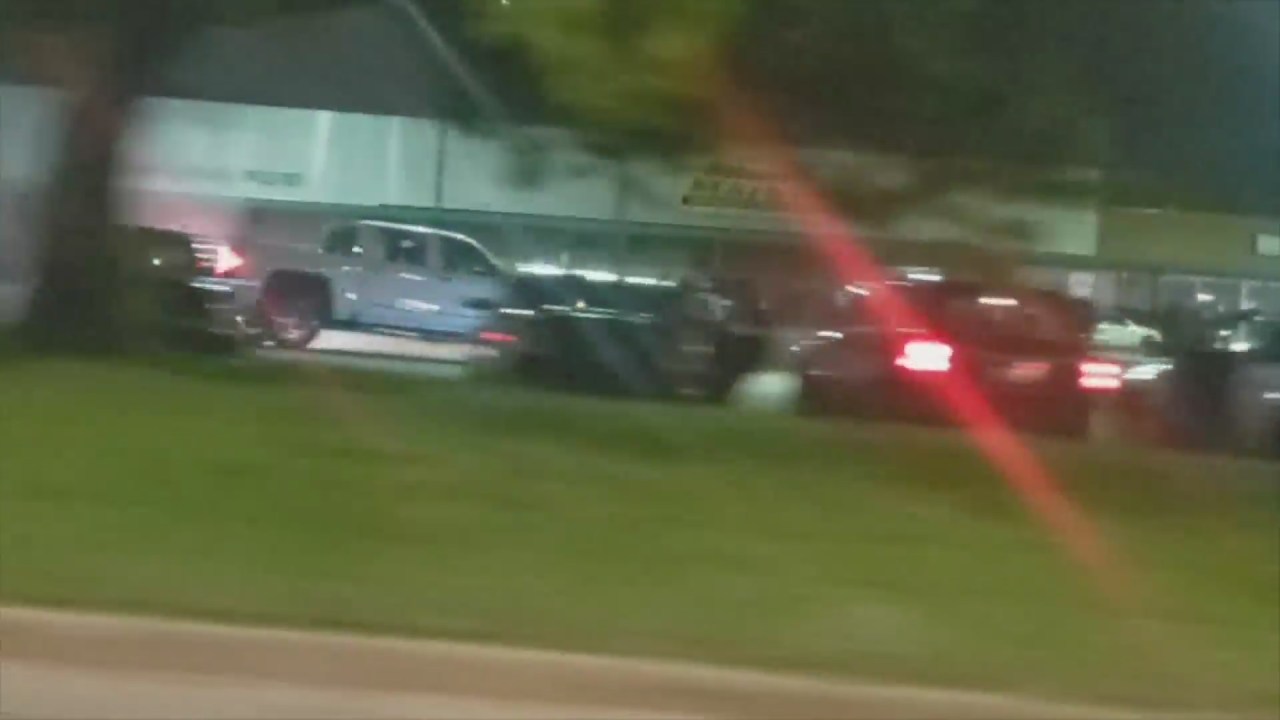 It’s a troubling trend that’s been happening across various parts of Kansas City, but residents of the Hickman Mills United neighborhood group said the noisy gatherings happen every Sunday.

From the ground, things looked normal Tuesday when FOX4 visited the shopping center, but from above you can see all the skid marks from the sideshows.

Neighbors caught the action on camera this past week. Hundreds of spectators gathered in the parking lot.

“It’s loud, squealing brakes that type of stuff,” resident Bobbi Proctor said. “We don’t need extra stuff like this going on, and somebody may eventually get hurt.”

Neighbors said the sideshows aren’t violent now, but things could quickly get worse.

“I wouldn’t mind it so much if there was a spot for them to do it that could be watched and monitored, maybe by the police,” resident Karry Palmer said.

Just last week, a sideshow spun out of control across the state line in Kansas City, Kansas. Police said a driver doing donuts hit a 24-year-old man standing in the crowd.

“All it takes is one idiot with the gun, and then stuff can go sideways,” Palmer said.

Residents said spectators leave behind trash every week as well.

“And neighbors don’t want to hear and see all of that,” Proctor said. “I don’t think I would want to come down this close on Sunday evenings with all this going on.”

Kansas City police said when it comes to these sideshows, officers have a strategy on how to respond, but they must weigh the risk. Officers also urge people to call police when the sideshows are going on.

In a since-deleted tweet responding to a question about a potential contract extension for Kansas City Chiefs safety Tyrann Mathieu, Mathieu tweeted that he's "probably not" going to get a new deal in … END_OF_DOCUMENT_TOKEN_TO_BE_REPLACED

KANSAS CITY, Mo. — A manhole left uncovered is the source of concern after a woman damaged her car in Kansas City. The single-car crash happened at 11th Street and Tracy Avenue during the busy … END_OF_DOCUMENT_TOKEN_TO_BE_REPLACED

Kansas City, Missouri's COVID-19 emergency order was set to expire at the end of the month. But Mayor Quinton Lucas made it clear Friday that private businesses can still set their own rules.Any … END_OF_DOCUMENT_TOKEN_TO_BE_REPLACED

KANSAS CITY, MO (KCTV/AP) — All restrictions meant to slow the spread of the coronavirus were being rescinded as of midday Friday in Kansas City, Missouri, following guidance from the U.S. Centers for … END_OF_DOCUMENT_TOKEN_TO_BE_REPLACED