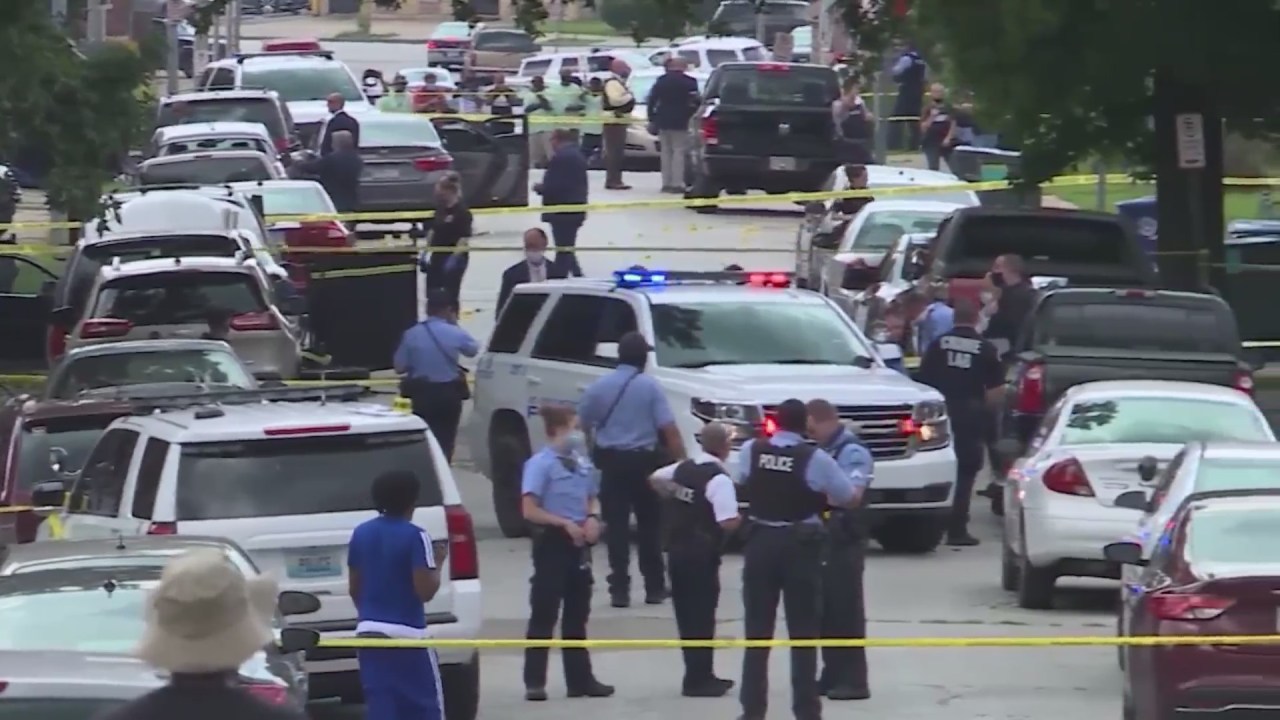 JEFFERSON CITY, Mo. — Starting next month, Missouri law enforcement agencies and prosecutors could have access to nearly $2 million in hopes of reducing violent crime across the state.

During a special session, one of the few things that passed was a Pretrial Witness Protection program for police departments across the state to use. Since the $1 million fund became active earlier this year, only two agencies have actually utilized it.

Gov. Mike Parson called the special session to reduce violent crime in the state, especially in St. Louis and Kansas City. Sen. Tony Luetkemeyer, R-Parkville, who sponsored the legislation in the upper chamber, said the witness protection fund was something many agencies across the state requested.

“It gives resources to police departments and prosecutors to relocate witnesses who have information for somebody that’s on trial for a violent crime,” Luetkemeyer said. “This is really a tool for all cities, but really our larger cities, where there’s an epidemic of violent crime to make sure that they have cooperating witness who come forward to provide testimony.”

The Pretrial Witness Protection program allows different law enforcement agencies and prosecuting attorneys to use funds from the Department of Public Safety to relocate or protect a witness during a trial.

DPS spokesman Mike O’Connell said the fund became active in February, and police departments were able to be reimbursed for any expenditures dating back to Oct. 1, 2020.

“Often times, whenever you’re dealing with violent criminals, people will be intimidated from coming forward and testifying because they think someone might come to harm them or their family,” Luetkemeyer said.

Luetkemeyer, who practices law in Kansas City, said a majority of violent offenders who are released back into the community will commit another crime.

“A lot of the crime that we see in St. Louis and Kansas City are repeat offenders that are out in the street at large and are not behind bars,” he said. “And so what this program does, it ensures more cooperating witnesses will come forward, which means higher conviction rates for prosecutors.”

Lawmakers approved $1 million for the fund earlier this year in the supplemental budget, but so far, less than $300 have been spent.

According to DPS, the Kansas City Police Department has spent $116 in sheltering expenses. The department submitted the receipt back in March and was reimbursed at the end of April. St. Louis City Police have also been approved to use less than $100 for security measures related to protecting a citizen.

“It would be premature to pull the plug on it right now,” Luetkemeyer said. “This is something that, until late last year, wasn’t even something that was available to these police departments.”

The DPS website lists the requirements agencies must follow in order to be applicable for the fund.

In order to use the fund, agencies are required to submit their receipts and then are reimbursed.

Currently only six police departments have applied to use the fund.

“Part of that is maybe a lack of publicity around the fund,” Luetkemeyer said. “I think we need to go adequate time for our law enforcement groups who requested this fund to be able to access it.”

The legislation had bipartisan support in both chambers. In the budget lawmakers sent to the governor’s desk in May, there’s another $1 million headed toward the fund if Parson approves it.

DPS did not want to go on camera for this story, but said they are working to raise more awareness to agencies about the fund.

In a since-deleted tweet responding to a question about a potential contract extension for Kansas City Chiefs safety Tyrann Mathieu, Mathieu tweeted that he's "probably not" going to get a new deal in … END_OF_DOCUMENT_TOKEN_TO_BE_REPLACED

KANSAS CITY, Mo. — A manhole left uncovered is the source of concern after a woman damaged her car in Kansas City. The single-car crash happened at 11th Street and Tracy Avenue during the busy … END_OF_DOCUMENT_TOKEN_TO_BE_REPLACED

Kansas City, Missouri's COVID-19 emergency order was set to expire at the end of the month. But Mayor Quinton Lucas made it clear Friday that private businesses can still set their own rules.Any … END_OF_DOCUMENT_TOKEN_TO_BE_REPLACED

KANSAS CITY, MO (KCTV/AP) — All restrictions meant to slow the spread of the coronavirus were being rescinded as of midday Friday in Kansas City, Missouri, following guidance from the U.S. Centers for … END_OF_DOCUMENT_TOKEN_TO_BE_REPLACED