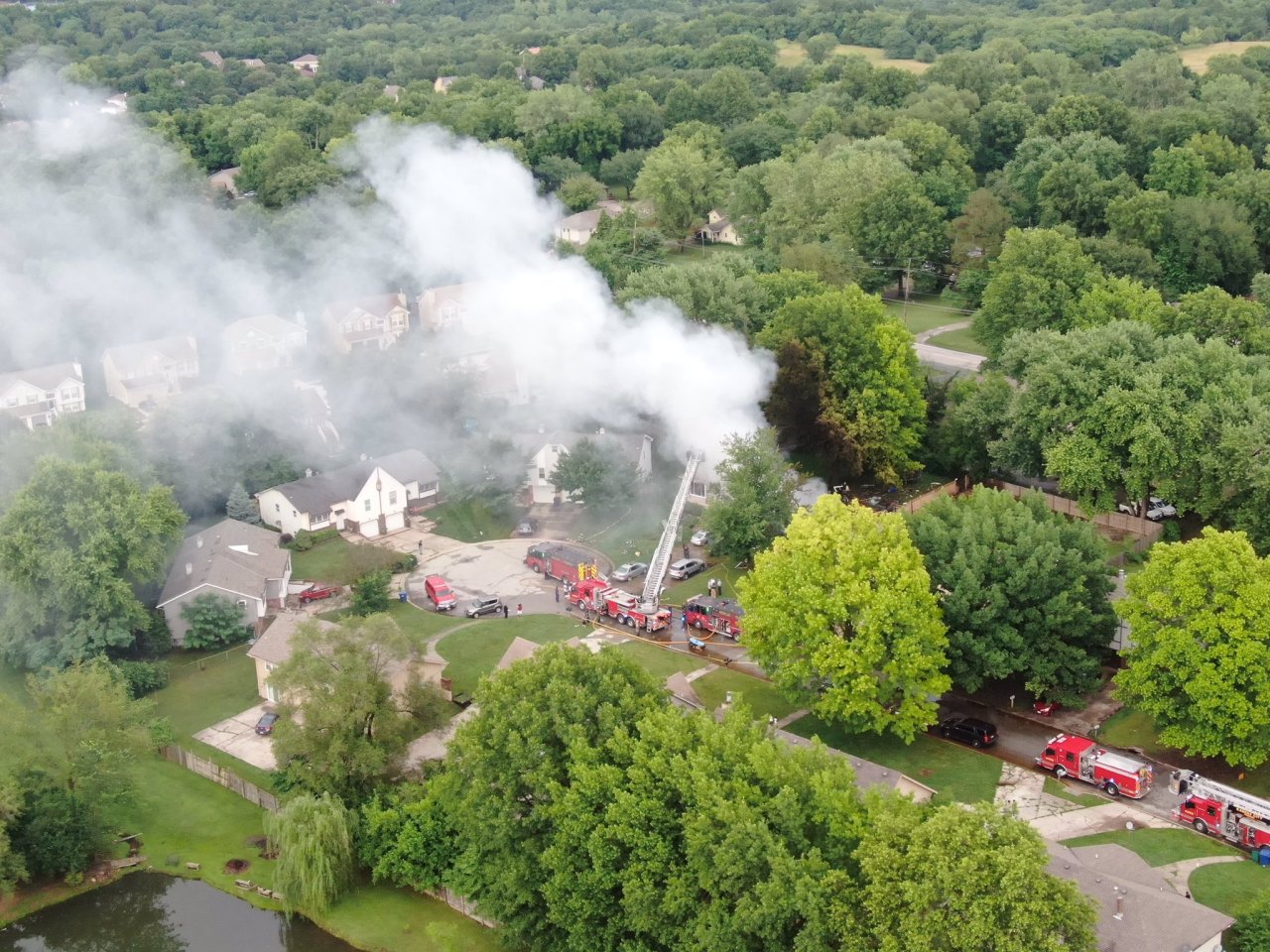 RAYTOWN, Mo. — Raytown Police and fire crews are investigating an explosion at a duplex Monday night that have sent at least three people to the hospital.

Emergency crews responded to the duplex located near 75th and Englewood Lane just before 7 p.m.

When FOX4 crews arrived police were setting up a crime scene around the area.

One woman said she heard the explosion from her home four blocks away.

“I heard a loud boom,” said Tabitha Bouwie. “I was sitting in my chair watching TV and I just heard a boom. Like a bomb, you know, thundering. Then there was a second one.”

At least three people have been taken away by ambulance, one man and two children.

FOX4 has multiple crews on the scene gathering information and will continue to keep you updated online and on FOX4 News at 10.

The cause of the explosion is unknown at this time.

The Missouri Fire Marshal is investigating.

#MOREPICS At least 3 people taken away by ambulance, two children and an adult male. Detectives are also at the scene. A neighbor says they heard two loud “booms” around 7pm https://t.co/H39fyH24k8 pic.twitter.com/QiUw77rgYE

In a since-deleted tweet responding to a question about a potential contract extension for Kansas City Chiefs safety Tyrann Mathieu, Mathieu tweeted that he's "probably not" going to get a new deal in … END_OF_DOCUMENT_TOKEN_TO_BE_REPLACED

KANSAS CITY, Mo. — A manhole left uncovered is the source of concern after a woman damaged her car in Kansas City. The single-car crash happened at 11th Street and Tracy Avenue during the busy … END_OF_DOCUMENT_TOKEN_TO_BE_REPLACED

Kansas City, Missouri's COVID-19 emergency order was set to expire at the end of the month. But Mayor Quinton Lucas made it clear Friday that private businesses can still set their own rules.Any … END_OF_DOCUMENT_TOKEN_TO_BE_REPLACED

KANSAS CITY, MO (KCTV/AP) — All restrictions meant to slow the spread of the coronavirus were being rescinded as of midday Friday in Kansas City, Missouri, following guidance from the U.S. Centers for … END_OF_DOCUMENT_TOKEN_TO_BE_REPLACED