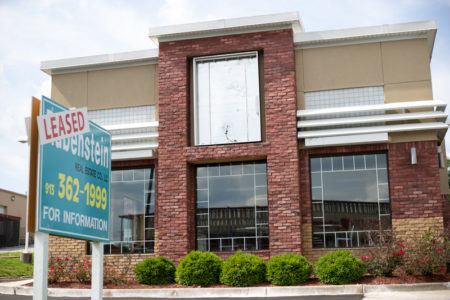 Mo’ Bettahs, a Utah-based Hawaiian food chain with 22 locations in Utah and Idaho, is planning to open a franchise at 75th and Metcalf in Overland Park. Photo via Mo’ Bettahs Twitter.

Mo’ Bettahs, a Hawaiian cuisine restaurant based in Utah, is planning to open several new locations in the Kansas City area, including in the old Kentucky Fried Chicken at 75th and Metcalf in Overland Park.

A Mo’ Bettahs’ representative did not immediately respond to a request for comment for this article.

The Kansas City Star reported that the restaurant has an opening planned for late October at 7006 W. 75th St. KFC closed its location at 75th and Metcalf in late 2020.

The chain is planning to open another location in Olathe, with a total of six KC-area locations operating by the end of 2022, the Star reports.

Restaurants styling themselves after traditional Hawaiian culinary favorites have exploded in the Kansas City region in recent months.

A third Hawaiian Bros is planned for Sonoma Plaza Lenexa, as well.

In a since-deleted tweet responding to a question about a potential contract extension for Kansas City Chiefs safety Tyrann Mathieu, Mathieu tweeted that he's "probably not" going to get a new deal in … END_OF_DOCUMENT_TOKEN_TO_BE_REPLACED

KANSAS CITY, Mo. — A manhole left uncovered is the source of concern after a woman damaged her car in Kansas City. The single-car crash happened at 11th Street and Tracy Avenue during the busy … END_OF_DOCUMENT_TOKEN_TO_BE_REPLACED

Kansas City, Missouri's COVID-19 emergency order was set to expire at the end of the month. But Mayor Quinton Lucas made it clear Friday that private businesses can still set their own rules.Any … END_OF_DOCUMENT_TOKEN_TO_BE_REPLACED

KANSAS CITY, MO (KCTV/AP) — All restrictions meant to slow the spread of the coronavirus were being rescinded as of midday Friday in Kansas City, Missouri, following guidance from the U.S. Centers for … END_OF_DOCUMENT_TOKEN_TO_BE_REPLACED