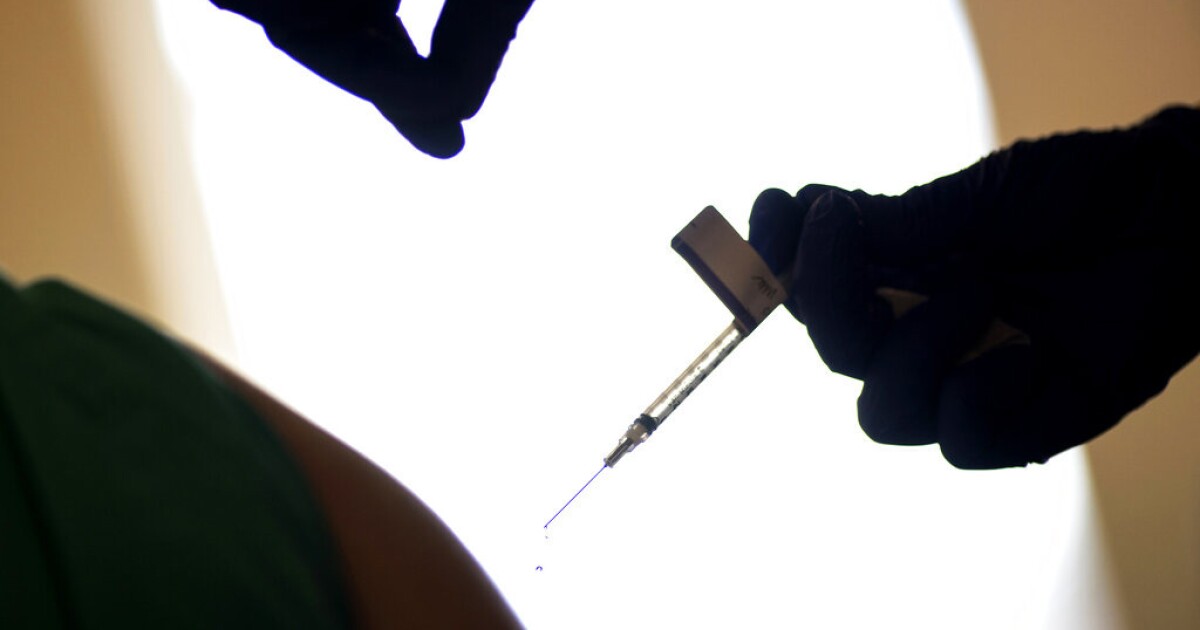 Throughout the COVID-19 vaccination effort, Missouri health officials have insisted that equitable distribution of doses by race and ethnicity has been a priority.

But on Tuesday, the state health department acknowledged that it has used national data to estimate Missouri’s racial breakdown, rather than data based on Missouri’s population.

In a news release, officials said they would move forward using 2019 U.S. Census data from Missouri but said some parts of the data remain problematic.

“Knowing that the data was wrong and not the data that represents the local community and the state — that does raise concerns,” Robinson said. “And it deepens, unfortunately, the [gaps in] relationships of trust that we’re trying to rebuild.”

Missouri’s health department did not explain why the national data had been used and did not respond to inquiries seeking additional information.

Officials with the Kansas City Health Department remain skeptical about the state’s data.

“The demographic data provided by the state for those who have been vaccinated has been lacking in its quality, and that has not changed with their new updates,” Deputy Director Frank Thompson said in an email.

The revised dashboard, which began using Missouri-based data on Thursday, continues to show wide disparities in vaccination rates by race, including a 10.2% vaccination rates for Black residents compared with an 18.7% rate for whites.

For some racial groups, however, including Asian, American Indian or Alaska Natives, the revised dashboard shows improved vaccination rates.

But the health department also acknowledged that some problems with the data remain unresolved.

For example, the current vaccination rate of 54.4% shown for “multiracial” residents is recognized by state and local health officials in Missouri to be incorrect, and the health department said it is continuing to work on the problem.

“We are committed to constantly working to ascertain the populations who are choosing vaccination, especially as vaccine supply increases,” the health department’s director, Dr. Randall Williams, said in the news release. “We greatly appreciate vaccinators’ diligence in providing us with this information.”

Lack of data on ethnicity also remains an issue. Data on whether someone is Hispanic is provided for only a third of vaccine recipients.

Dr. Rex Archer, head of the Kansas City Health Department, told KCUR in mid-March that his department was not using the state’s data because it was known to be faulty.

“When you have all these unknowns … why do you put it on a website when you know it’s not true?” Archer said.

In a message to users, it said it would share its demographic data with local health departments to help them target vaccination efforts. But it also offered users the option of opting out of that feature.

Questions about the data will be even more urgent as Missouri expands vaccine eligibility in the coming weeks, Thompson said.

“It is hard to make any determining statements as the vaccine eligible population to this point has been rather limited, but as we move into phase 2 and beyond, equity will be of ever increasing importance,” Thompson said.

Councilwoman Robinson said that she recognized the difficulties faced by the state in collecting and disseminating racial data, and she said she appreciated their efforts to correct it.

But she said the state’s failures threaten to further undermine trust in state and health officials when trust is needed to bolster confidence in vaccinations.

In a since-deleted tweet responding to a question about a potential contract extension for Kansas City Chiefs safety Tyrann Mathieu, Mathieu tweeted that he's "probably not" going to get a new deal in … END_OF_DOCUMENT_TOKEN_TO_BE_REPLACED

KANSAS CITY, Mo. — A manhole left uncovered is the source of concern after a woman damaged her car in Kansas City. The single-car crash happened at 11th Street and Tracy Avenue during the busy … END_OF_DOCUMENT_TOKEN_TO_BE_REPLACED

Kansas City, Missouri's COVID-19 emergency order was set to expire at the end of the month. But Mayor Quinton Lucas made it clear Friday that private businesses can still set their own rules.Any … END_OF_DOCUMENT_TOKEN_TO_BE_REPLACED

KANSAS CITY, MO (KCTV/AP) — All restrictions meant to slow the spread of the coronavirus were being rescinded as of midday Friday in Kansas City, Missouri, following guidance from the U.S. Centers for … END_OF_DOCUMENT_TOKEN_TO_BE_REPLACED