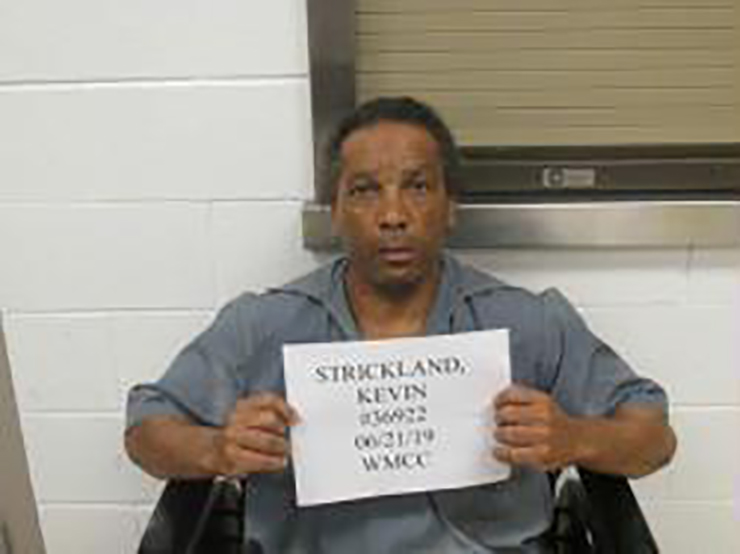 “He continues to just keep the fight,” said Tricia Rojo Bushnell with Midwest Innocence Project. “This is not certainly his first loss. He’s been fighting to come home and to prove his innocence for four decades. This is just one more time that he’s going to have to keep overcoming to get where he wants to be.”

Prosecutor calls for release of jailed KC man, saying he was wrongly convicted 43 years ago

Last month, in a press conference, the Midwest Innocence Project and the Jackson County Prosecutors laid out the specifics of Strickland’s case.

In 1978, he was accused of a triple homicide in a South Benton home and later convicted. But in 2009, the key witness recanted her testimony, saying she made a mistake.

Two other men who admitted to the crime also say Strickland is innocent. They have both since been released, but Strickland is serving life in prison on capital murder charges.

Despite the evidence, the Missouri Supreme Court declined to hear his case last week.

Now, a bipartisan group of more than a dozen Missouri lawmakers have signed a letter to Gov. Mike Parson asking him to pardon Strickland. Rep. Patty Lewis from Kansas City is one of them.

“It’s not often that you see we agree on issues, and the fact that both sides of the aisle are willing to work to free this man is a huge deal,” Lewis said. “I think it just also proves his innocence, and we will do anything we can do to try and free him.”

Parson said his office is reviewing the case — among thousands of others.

“We start from the back, going to the more current cases. When something like that happens, we look at those cases,” Parson said. “I don’t know if that necessarily makes it a priority to jump the line or anything like that.”

As Strickland marks his 62nd birthday behind bars, advocates are hoping it’s his last there. The Midwest Innocence Project is raising money to give to Strickland when he’s released.

“When he comes home, he will not be entitled to compensation. Missouri does not have compensation for individuals not exonerated by their DNA evidence,” Bushnell said. “So that means he’ll need something to get back on his feet or at least start the life that he wasn’t able to have.”

Lewis hopes the battle Strickland has faced to be released will help reinforce the need for further criminal justice reform.

“I just hope that we can move towards criminal justice reform in the whole,” Lewis said. “There’s really no reason for innocent people being in prison — and especially for over 40 years.”

In a since-deleted tweet responding to a question about a potential contract extension for Kansas City Chiefs safety Tyrann Mathieu, Mathieu tweeted that he's "probably not" going to get a new deal in … END_OF_DOCUMENT_TOKEN_TO_BE_REPLACED

KANSAS CITY, Mo. — A manhole left uncovered is the source of concern after a woman damaged her car in Kansas City. The single-car crash happened at 11th Street and Tracy Avenue during the busy … END_OF_DOCUMENT_TOKEN_TO_BE_REPLACED

Kansas City, Missouri's COVID-19 emergency order was set to expire at the end of the month. But Mayor Quinton Lucas made it clear Friday that private businesses can still set their own rules.Any … END_OF_DOCUMENT_TOKEN_TO_BE_REPLACED

KANSAS CITY, MO (KCTV/AP) — All restrictions meant to slow the spread of the coronavirus were being rescinded as of midday Friday in Kansas City, Missouri, following guidance from the U.S. Centers for … END_OF_DOCUMENT_TOKEN_TO_BE_REPLACED