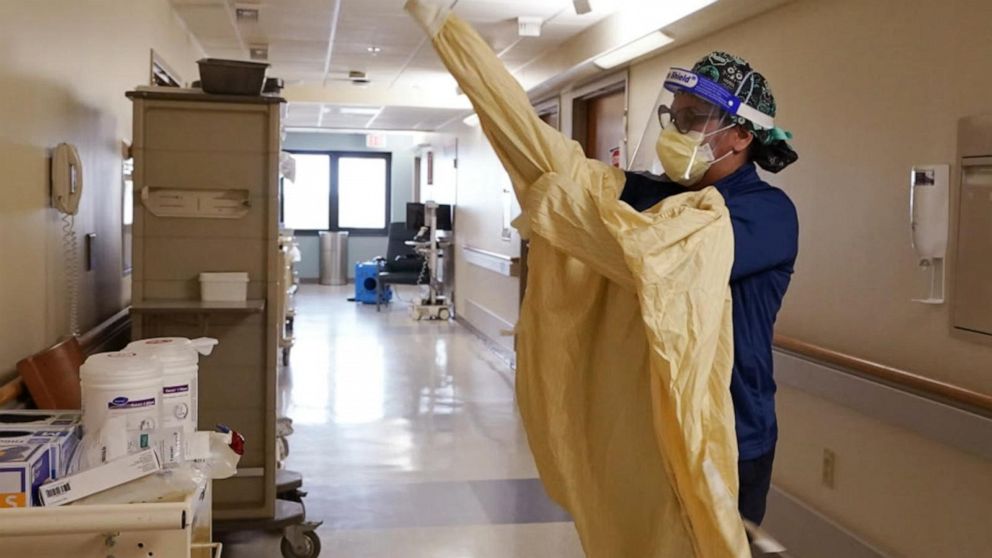 A Springfield, Missouri, hospital has opened its sixth COVID-19 ward as the delta virus variant rages in the state’s southwest region

SPRINGFIELD, Mo. — A Springfield, Missouri, hospital has opened its sixth COVID-19 ward as the delta virus variant rages in the state’s southwest region, and St. Louis County and Kansas City health officials also are warning about a sharp increase in cases.

Mercy Hospital in Springfield announced Sunday that it had opened its sixth COVID-19 ward, after the hospital needed only five wards during the height of the pandemic last year, Kansas City Star reported.

“Many local rural communities don’t have high vaccination rates,” Frederick wrote. “They also don’t have a hospital. Get sick, come to Springfield. I think that’s getting left out of the narrative.”

County Executive Sam Page attributed the rise in cases to the delta variant, which is more contagious than previous variants. He predicted an increase in hospitalizations and deaths in coming weeks and urged residents to be vaccinated.

In the Kansas City area, doctors at the University of Kansas Health System, said health officials need to begin considering possible measures to respond to a rise in cases in the metro area, The Kansas City Star reported.

Dr. Steve Stites, chief medical officer at the health system, didn’t suggest requiring masks in indoor spaces again but said it could become a possibility because of the large number of people who aren’t vaccinated in the region, combined with people socializing more often.

The city of Independence issued a public health advisory on Friday in response to increasing COVID-19 cases.

In a since-deleted tweet responding to a question about a potential contract extension for Kansas City Chiefs safety Tyrann Mathieu, Mathieu tweeted that he's "probably not" going to get a new deal in … END_OF_DOCUMENT_TOKEN_TO_BE_REPLACED

KANSAS CITY, Mo. — A manhole left uncovered is the source of concern after a woman damaged her car in Kansas City. The single-car crash happened at 11th Street and Tracy Avenue during the busy … END_OF_DOCUMENT_TOKEN_TO_BE_REPLACED

Kansas City, Missouri's COVID-19 emergency order was set to expire at the end of the month. But Mayor Quinton Lucas made it clear Friday that private businesses can still set their own rules.Any … END_OF_DOCUMENT_TOKEN_TO_BE_REPLACED

KANSAS CITY, MO (KCTV/AP) — All restrictions meant to slow the spread of the coronavirus were being rescinded as of midday Friday in Kansas City, Missouri, following guidance from the U.S. Centers for … END_OF_DOCUMENT_TOKEN_TO_BE_REPLACED