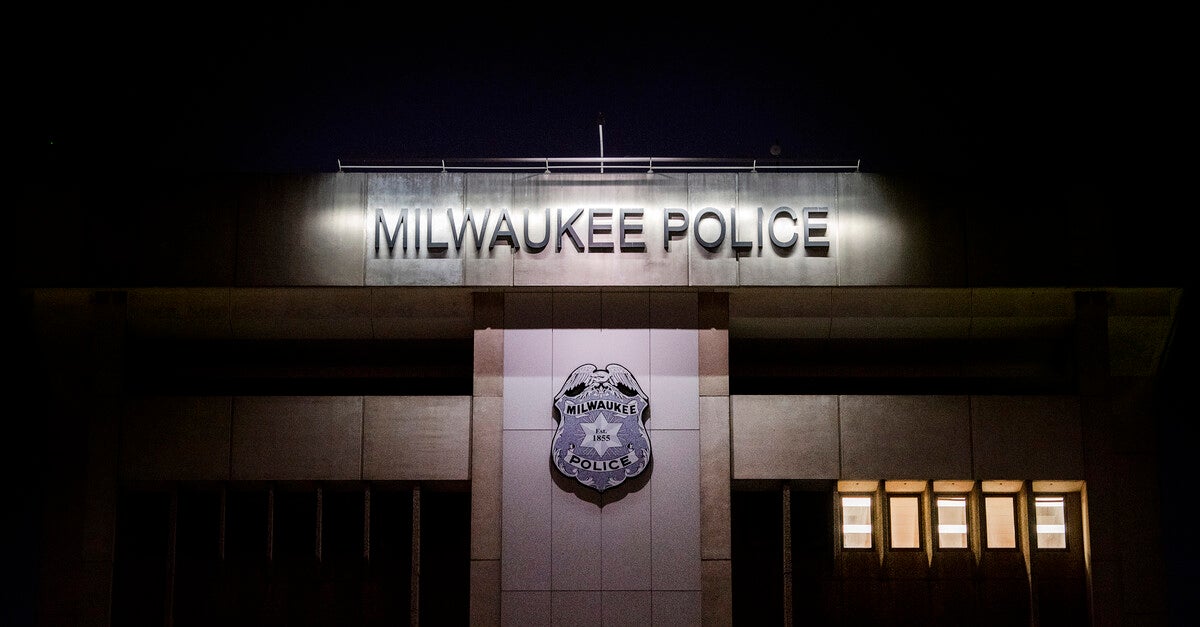 The Milwaukee Police Department is working on a whistleblower protection policy to support its officers who report misconduct in use of force incidents.

By comparison, Baltimore and Memphis have whistleblower protection polices and Kansas City’s mayor recently committed to developing a policy.

“Who would be mad at having whistleblower protection, right?” DeSiato said. “That was a very clear gap that didn’t exist. While it was something that was implied, it needs to be explicit. Because how can you measure people not reporting something because they felt like they weren’t protected?”

The Milwaukee Police Association is currently reviewing the policy before it goes to the city’s Fire and Police Commission for approval. Union representatives could not immediately be reached for comment.

DeSiato said the Milwaukee Police Department applied for and was accepted on June 5 to the Active Bystandership for Law Enforcement Project at Georgetown University Law Center, a police training program that promotes peer intervention.

Rob Henken, president of the Wisconsin Policy Forum, said since Dec. 1, 2020, there has been a considerable amount of action from the Milwaukee Police Department and the Fire and Police Commission to update policies and protocols.

The forum was asked by Milwaukee Mayor Tom Barrett to look at the efforts being made by the department.

Even before the murder of George Floyd in Minneapolis and the shooting of Jacob Blake in Kenosha last year, Milwaukee encountered several high-profile incidents of alleged police misconduct that generated calls for reform in the city.

In response, city officials established the Collaborative Community Committee in 2017, which published a set of recommendations in fall 2019 including increasing community-oriented policing and amending the department’s stop-and-frisk policies.

Use of force reforms such as these have gotten the most attention, but the Wisconsin Policy Forum’s report found the city could do even better by expanding violence prevention initiatives and transparency within the Police Department.

Milwaukee’s Office of Violence Prevention within Milwaukee’s Health Department has grown in recent years to its current staff of nine and $3.7 million operating budget. By comparison, the Office of Violence Prevention in Minneapolis has a staff of 24 and an annual budget of $6.7 million. Baltimore and Kansas City also appear to commit more financial and/or staff resources to violence prevention than Milwaukee, according to the report.

“I think the one area where progress has been made, but where additional contemplation is merited, is in this very general area of reimagining police, but there too, we are seeing people rolling up their sleeves and look at this and wanting to work together,” Henken said.

The area of police reform that gets the most attention is “defunding” the police. Besides Minneapolis, which has shifted $8 million from its police department in 2021, no other city studied redirected funding from its police, according to the report.

In Milwaukee, where people have called for money to be diverted from the police department, 120 police positions have been lost due to growing salary and benefit costs.

In a since-deleted tweet responding to a question about a potential contract extension for Kansas City Chiefs safety Tyrann Mathieu, Mathieu tweeted that he's "probably not" going to get a new deal in … END_OF_DOCUMENT_TOKEN_TO_BE_REPLACED

KANSAS CITY, Mo. — A manhole left uncovered is the source of concern after a woman damaged her car in Kansas City. The single-car crash happened at 11th Street and Tracy Avenue during the busy … END_OF_DOCUMENT_TOKEN_TO_BE_REPLACED

Kansas City, Missouri's COVID-19 emergency order was set to expire at the end of the month. But Mayor Quinton Lucas made it clear Friday that private businesses can still set their own rules.Any … END_OF_DOCUMENT_TOKEN_TO_BE_REPLACED

KANSAS CITY, MO (KCTV/AP) — All restrictions meant to slow the spread of the coronavirus were being rescinded as of midday Friday in Kansas City, Missouri, following guidance from the U.S. Centers for … END_OF_DOCUMENT_TOKEN_TO_BE_REPLACED