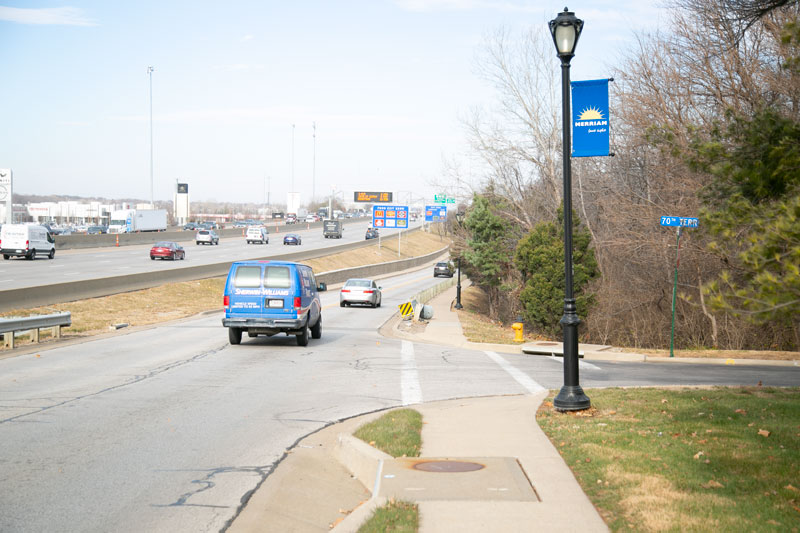 The city of Merriam has begun its construction project on E. Frontage Road, according to a city tweet.

Construction includes repaving the street, sidewalk replacement and ADA-compliant ramps at intersections. Drivers can expect partial lane closures between 67th and 75th Streets through Aug. 21, when the project is expected to be completed.

Antioch Road can be used as a detour during the closures.

Sister Susanne Bauer, an Ursuline Sister who ministered in Overland Park back in the mid-20th century, is among nine Ursuline Sisters of Mount Saint Joseph celebrating an anniversary of religious profession in 2021.

Bauer is celebrating her 70th year of religious life. A native of Louisburg, Kan., she was an educator for 42 years and was assistant superior and treasurer of her religious community in Paola, Kansas (1990-98).

Bauer also taught at Saint John School in Bartlesville, Oklahoma, (1970-89) and was principal there from 1976 to 1989. After retiring in Maple Mount, Ky., in 2009 (the Paola Ursulines merged with the Ursuline Sisters of Mount Saint Joseph in 2008), Bauer served as the chapel sacristan until 2018. She is now a sacristan substitute.

Lenexa approves issuance of $16 million in bonds for logistics facility

The Lenexa City Council earlier this month approved a resolution determining the city’s intent to issue about $16.1 million in industrial revenue bonds for Lenexa Logistics Centre South Building 6, just west of the intersection of Britton and 113th streets.

The bonds will be used to help pay for construction of a roughly 180,000 square foot commercial warehouse and office facility in the Lenexa Logistics Centre South Business Park.

In a since-deleted tweet responding to a question about a potential contract extension for Kansas City Chiefs safety Tyrann Mathieu, Mathieu tweeted that he's "probably not" going to get a new deal in … END_OF_DOCUMENT_TOKEN_TO_BE_REPLACED

KANSAS CITY, Mo. — A manhole left uncovered is the source of concern after a woman damaged her car in Kansas City. The single-car crash happened at 11th Street and Tracy Avenue during the busy … END_OF_DOCUMENT_TOKEN_TO_BE_REPLACED

Kansas City, Missouri's COVID-19 emergency order was set to expire at the end of the month. But Mayor Quinton Lucas made it clear Friday that private businesses can still set their own rules.Any … END_OF_DOCUMENT_TOKEN_TO_BE_REPLACED

KANSAS CITY, MO (KCTV/AP) — All restrictions meant to slow the spread of the coronavirus were being rescinded as of midday Friday in Kansas City, Missouri, following guidance from the U.S. Centers for … END_OF_DOCUMENT_TOKEN_TO_BE_REPLACED