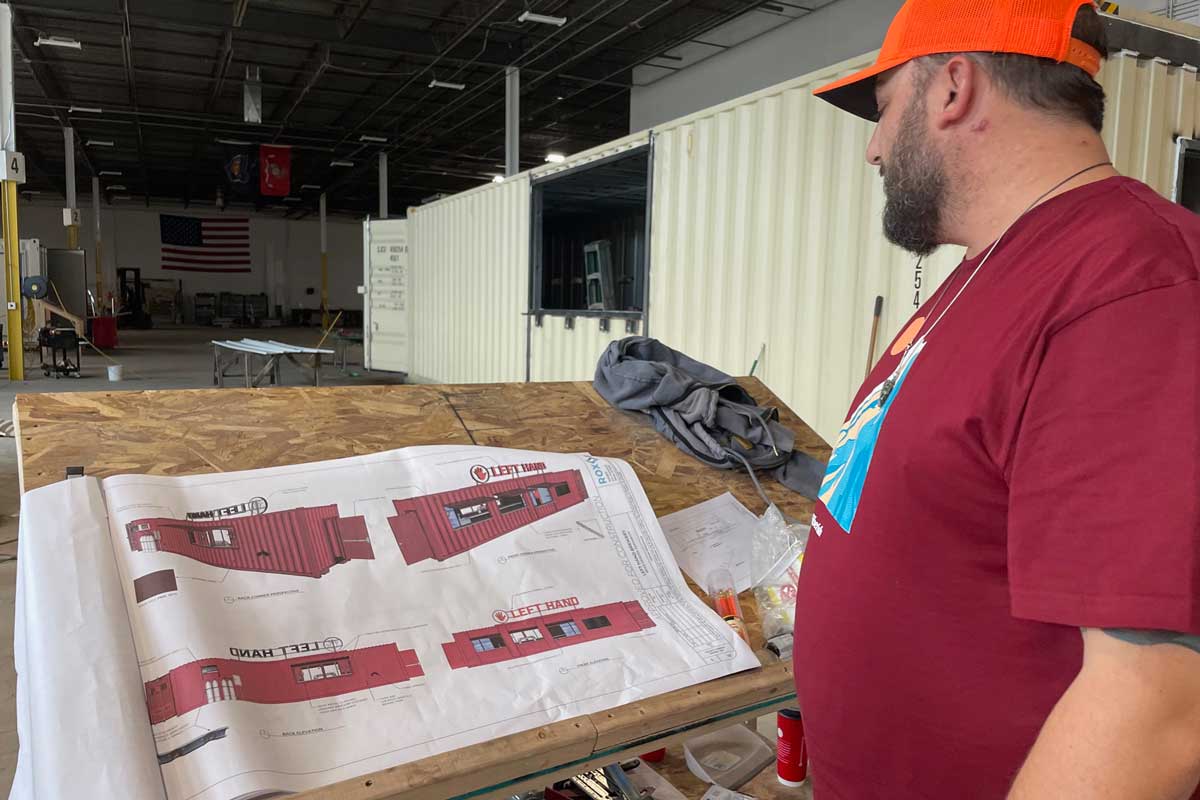 Shipping containers are serving up some unexpected uses. You’ve probably noticed them as offices at COVID testing drive-thru lines and in the tiny home world. They’ve been used as homes, classrooms, hotel suites, hospital clinic space, underground living spots, and even bridges all over the world.

RoxBox, a Denver company with roots in Erie, has taken notice. They’ve begun working with craft brewers, craft liquor makers, bars, and other entertainment venues to turn storage containers into mobile or remote bars and kitchens that serve customers in outdoor spaces.

“Our base model is a 20-foot shipping container, and we can do a 40-foot version. We have one that sat outside Mission Ballroom. It’s their beer garden,” said David Burkhart, Chief Growth Officer at the company.

According to Burkhart, part of the shipping container’s popularity isn’t just that they’re new or different, but that right now, people want to be sitting outside. The containers provide a base for a great open air service area and plenty of service space to keep lines moving.

There’s a growing demand for more flexible food prep locations, following their use by craft alcohol makers. ”We’ve got a kitchen at the base of Winter Park resort and we’re doing a lot of cooking spaces right now. The whole ghost kitchen concept is pretty popular,” Burkhart points out.

Burkhart also showed us a model that’s currently being built as a walk-up/drive-up micro-dispensary. It’s one of several cargo container applications that are being developed for this purpose. These containers work, in part, because they fit into the limited dispensary zoning pockets that may be required by municipalities.

The converted containers don’t always have to be stand alone spaces outside a brick and mortar restaurant. In fact, RoxBox has seen them as part of outdoor food halls with beverage service that includes ice cream containers, bars, kitchen containers, and coffee containers. One such area in Overland Park, Kansas features twenty-two containers. There’s also an open air container park in downtown Las Vegas that includes boutique shopping, restaurants, and a kids playground.

These repurposed containers aren’t cheap. A single 20-foot unit costs $55K, which gets customers an eight-foot built-in walk-in cooler with three large service windows, and a sizable bar area or a tap wall that has anywhere from six to twenty taps.

Units can also be customized to include features like exterior and interior branding, luxury bar tops and decorative elements, and rooftop decks.

The company’s growth to this point has been steady. After starting at a dirt lot in Erie near the Recess Factory, they moved to a 5,000-square foot facility a little more than a year ago. Recently they moved to a 30,000-square foot facility and are creating about 10 containers a month. “Last year we did just under 2 million [in revenue],” Burkhart said. “This year we’ll probably hit $12 million.”

Customers are everywhere. Left Hand Brewing has placed an order, and RoxBox is also shipping containers throughout the country. They used to rent, but demand for sales is so high that they’re taking a break from that part of their business. Instead, they’ve sold rental units to Denver based event group Two Parts. 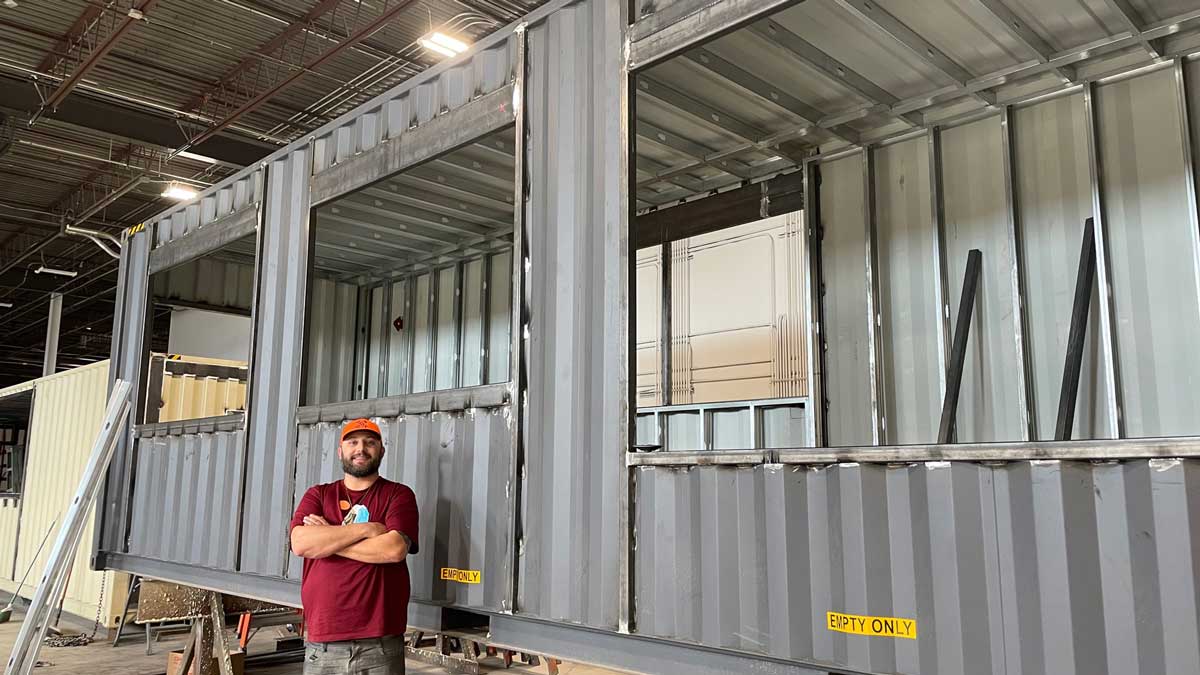 Growth has been helped by the sustainability factor that’s based, in part, on how popular it is to use shipping containers. If a business no longer needs the container, there’s likely another buyer interested, and it can be updated to suit their needs. It’s possible they could go to scrap, but not likely.

Even better, containers placed in resort or remote wilderness areas have an additional benefit which, hopefully, will never be needed: they’re durable and generally fireproof. Depending on the window size they can survive a host of problems.

With its sustainability, flexibility, and ability to add function to outdoor spaces, storage containers in the drinks and hospitality industry isn’t a trend that’s going anywhere soon.

In a since-deleted tweet responding to a question about a potential contract extension for Kansas City Chiefs safety Tyrann Mathieu, Mathieu tweeted that he's "probably not" going to get a new deal in … END_OF_DOCUMENT_TOKEN_TO_BE_REPLACED

KANSAS CITY, Mo. — A manhole left uncovered is the source of concern after a woman damaged her car in Kansas City. The single-car crash happened at 11th Street and Tracy Avenue during the busy … END_OF_DOCUMENT_TOKEN_TO_BE_REPLACED

Kansas City, Missouri's COVID-19 emergency order was set to expire at the end of the month. But Mayor Quinton Lucas made it clear Friday that private businesses can still set their own rules.Any … END_OF_DOCUMENT_TOKEN_TO_BE_REPLACED

KANSAS CITY, MO (KCTV/AP) — All restrictions meant to slow the spread of the coronavirus were being rescinded as of midday Friday in Kansas City, Missouri, following guidance from the U.S. Centers for … END_OF_DOCUMENT_TOKEN_TO_BE_REPLACED