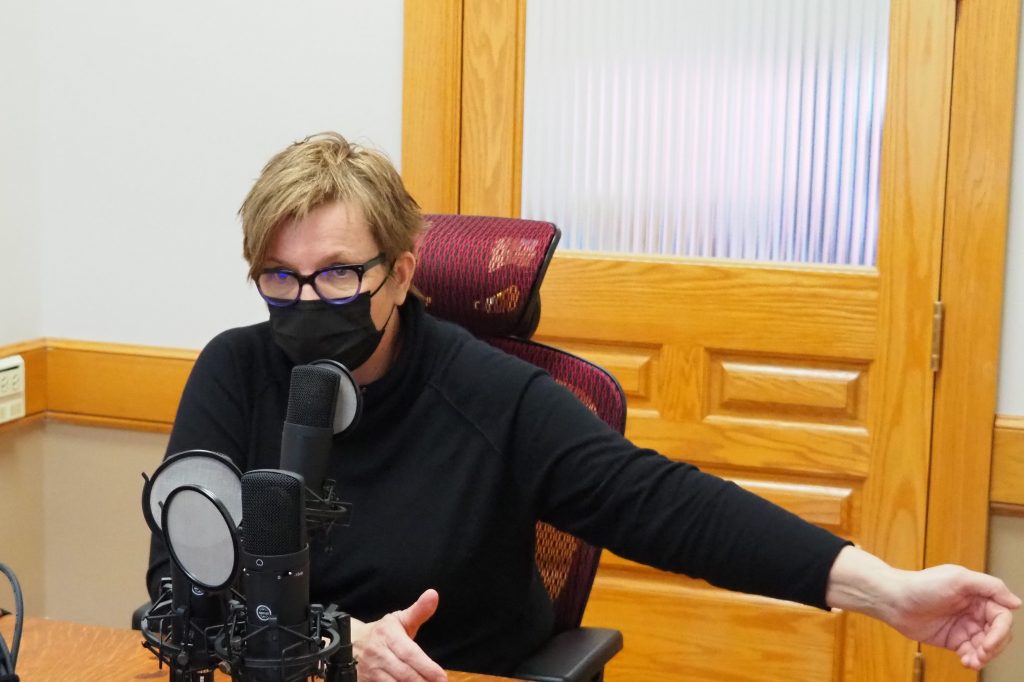 TOPEKA — Janet Williams worries about the future of a 14-year-old with a serious brain injury suffered when his bicycle was hit by a car.

The Kansas youth endured rehabilitation to relearn or develop skills lost in the accident and is preparing to go home at last, she said. What should be cause for celebration may instead be a nightmare if the state doesn’t appropriate $8 million to cover its cost share of services to people with acquired or traumatic brain injures from assaults, strokes, gunshots and accidents. These services, such as a personal care attendant or physical therapy, can mean the difference between an independent life in the community and an existence inside a state hospital or a nursing home.

This single-parent household with the 14-year-old boy, she said, faces the potential of financial ruin and greater personal heartache. They simply don’t have the financial reserves to handle the expense of a home health aide.

“She’s going to lose her job if he comes home and she doesn’t have help,” said Williams, founder of Minds Matter in Overland Park. “Then, she’ll lose her housing and then they’ll both be homeless. The domino effect of this is really, really dramatic.”

The 2021 Legislature is developing a new state budget for the fiscal year starting July 1. The Republican-led House and Senate uses as a starting point the budget proposed by Democratic Gov. Laura Kelly. The governor declined a request from the Kansas Department for Aging and Disability Services, or KDADS, for an additional $8 million to match demand of the brain-injury waiver.

The Legislature, which is marching through the state’s budget page by page, could backfill the funding for services to people with brain injuries. KDADS would likely be compelled to create a waiting list for newly eligible individuals seeking help through Medicaid. People would wait in line — perhaps years — until slots in the program opened up.

“I have optimism that people will do the right thing,” Williams said. “How can you look at this and not see that people need this?”

For nearly 30 years, Kansas excluded children with brain injuries and adults with non-trauma brain injuries from the Medicaid programs offering home- or community-based physical, occupational, speech, cognitive and behavioral therapy. The program served adults with traumatic brain injuries caused by a blow to the head, car wreck, gunshot wound or other catastrophe. Pressure from the federal government prompted a bipartisan coalition of state lawmakers to expand eligibility under KanCare, the state’s privatized Medicaid program to provide Medicaid assistance to injured children as well as adults with injuries caused by forces such as stroke, asthma attacks or tumors.

In other words, Kansas’ days of arbitrarily distinguishing between a person internally injured by a stroke during childbirth and a person traumatically injured with a baseball bat.

Officials at KDADS and the Kansas Department of Health and Environment praised the decision in August 2019 by the federal Centers for Medicare and Medicaid Services to include both acquired and traumatic brain injuries for individuals ages 16 and older in the state’s Medicaid program. In December 2019, the Kansas program was further broadened to cover children birth to 16 years.

KDADS secretary Laura Howard said at that time the expansion was testament to the commitment and partnership of both agencies to serve “Kansans at any age who need these services.”

However, questions were raised as soo as March 2020 about the possibility of a waiting list for brain-injury services provided through KanCare. In 2020, the program was serving 465 individuals in Kansas.

Williams said there would be short-term financial advantage to curtailing state spending on people with serious brain injuries and implementing a waiting list, but the cost to taxpayers of institutionalizing hundreds of people in nursing homes or hospitals would be greater over time.

Without financial support for home- and community-based services through Medicaid, she said, options are limited for people during the COVID-19 pandemic.

“We’re talking people with traumatic brain injuries, acquired brain injuries, children, adults. Where do they go?” she said. “I’m pretty sure the last place any of us want to be right now is in a nursing home.”

The post Medicaid brain injury funding in jeopardy, waiting list for services in Kansas may be next appeared first on Kansas Reflector.

KANSAS CITY, Mo. — The environment, children and smoking are issues Vari Patel and three other teens from the Kansas City metro felt needed attention so people can live healthier lives. "And when … END_OF_DOCUMENT_TOKEN_TO_BE_REPLACED

KANSAS CITY, Mo. — Kansas City, Missouri, Mayor Quinton Lucas confirmed Monday not only that he’d been married earlier this month — but that he and his wife welcomed a baby boy, too. In a post to … END_OF_DOCUMENT_TOKEN_TO_BE_REPLACED

KANSAS CITY, Mo. — Kansas City, Missouri, leaders once again will look into renaming city streets in honor of Dr. Martin Luther King Jr. The city's Board of Parks and Recreation Commissioners will … END_OF_DOCUMENT_TOKEN_TO_BE_REPLACED