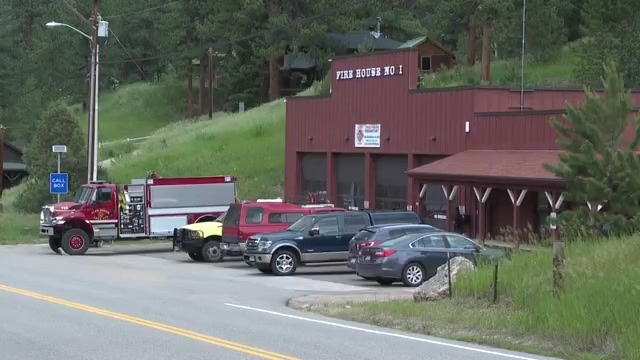 GLEN HAVEN, Colo. (KDVR) — A good Samaritan is credited with saving a teenage girl from a brutal attack in the middle of a Colorado street.

On Thursday at around 12:23 p.m., the good Samaritan reported to police that a man — later identified as Jacobo Wright Mendoza — and a girl were standing outside of a car in the middle of a Glen Haven road, and the girl was yelling for help, according to police.

The Samaritan turned around and drove up to the scene, and the girl got in his vehicle. They immediately drove to the fire station for help.

But that’s when Mendoza, 39, showed up and intentionally crashed into the Samaritan’s vehicle, according to the Sheriff’s Office. He then forced the girl out the vehicle and “violently” physically assaulted her.

“The good Samaritan intervened and restrained the suspect until he was detained by an [Larimer County Sheriff’s Office] deputy, who was en route and in the immediate area when the original call was dispatched,” the Sheriff’s Office said in a press release.

Investigators interviewed them both and learned the girl is known to the suspect, but no further details were immediately available.

“This is a complex and ongoing investigation based on the substantial follow up that is needed,” the Sheriff’s Office said.

Mendoza is now accused of kidnapping, sex assault and attempted first-degree murder. His charges include:

The good Samaritan remains anonymous. At the Glen Haven General Store on Friday, owner Becky Childs said they community is anxiously waiting to find out who it is.

“Everybody wants to know all the details,” Childs said. “I would love to know his name.”

Childs said people in Glen Haven are used to natural disasters, but crime like this is unusual.

“It’s a community of people who like it all quiet, that’s why we’re all here, so this kind of thing is not acceptable.”

The Sheriff’s Office encouraged anyone with information in the incident to call them at 970-416-1985 or Crime Stoppers at 970-221-6868, assuring tipsters that they will remain anonymous and possibly be eligible for a cash reward.

In a since-deleted tweet responding to a question about a potential contract extension for Kansas City Chiefs safety Tyrann Mathieu, Mathieu tweeted that he's "probably not" going to get a new deal in … END_OF_DOCUMENT_TOKEN_TO_BE_REPLACED

KANSAS CITY, Mo. — A manhole left uncovered is the source of concern after a woman damaged her car in Kansas City. The single-car crash happened at 11th Street and Tracy Avenue during the busy … END_OF_DOCUMENT_TOKEN_TO_BE_REPLACED

Kansas City, Missouri's COVID-19 emergency order was set to expire at the end of the month. But Mayor Quinton Lucas made it clear Friday that private businesses can still set their own rules.Any … END_OF_DOCUMENT_TOKEN_TO_BE_REPLACED

KANSAS CITY, MO (KCTV/AP) — All restrictions meant to slow the spread of the coronavirus were being rescinded as of midday Friday in Kansas City, Missouri, following guidance from the U.S. Centers for … END_OF_DOCUMENT_TOKEN_TO_BE_REPLACED