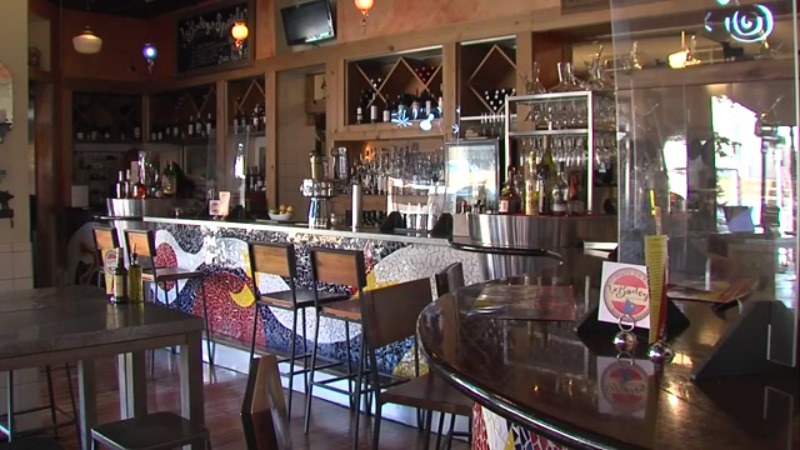 KANSAS CITY, Kan. — A lot can happen in two hours.

Pandemic restrictions have been loosened for bars and restaurants on both sides of the state lines, but those in the industry say the impact varies.

Local bar and restaurant operators say the slightly different hours of operation for different counties have become a problem.

“Nobody wants anyone to get sick. We just need to feed our families,” said Artie Scholes, owner of 403 Club in KCK.

There are a few more opportunities for customers to have a cold one in Wyandotte County.

Scholes said business has gone up a little bit since county leaders expanded hours. Last week, the health department allowed bars and restaurants to stay open until 12:30 a.m. instead of closing at 10 p.m.

Scholes said those two and a half additional hours have given his bar a 20% uptick in business.

“I told them, they trust us not to serve people who are under 21. Trust us to have people wear masks and follow the guidelines,” he said.

Restaurant owners on the Missouri side of the metro have also suffered for the last 10 months.

“People are coming to us to get relief out of COVID,” LaBodega owner James Taylor said.

His restaurant is in a holding pattern. Eight days ago, Kansas City’s health department also chose to allow bars and restaurants to stay open later, but they have to close at midnight. Last week was also Kansas City Restaurant Week, and Taylor believes that might account for some improvements.

“We had to start restricting the tables to 90 minutes just so we could try to get enough people through here so that we could make money because we need to survive,” he said.

Taylor complained that the state line hasn’t been a level playing field. He said when customers on the Missouri side realized bars in Wyandotte County were open later, they started going to Kansas.

He worries about whether or not they’ll come back.

“We’re in a situation where it’s not going to have a big impact until we finally get the weather going and get out of these winter doldrums,” Taylor said.

He said staying open two hours longer isn’t the perfect answer, but it will help. And in this business climate, every hour is a chance to make money.

In a since-deleted tweet responding to a question about a potential contract extension for Kansas City Chiefs safety Tyrann Mathieu, Mathieu tweeted that he's "probably not" going to get a new deal in … END_OF_DOCUMENT_TOKEN_TO_BE_REPLACED

KANSAS CITY, Mo. — A manhole left uncovered is the source of concern after a woman damaged her car in Kansas City. The single-car crash happened at 11th Street and Tracy Avenue during the busy … END_OF_DOCUMENT_TOKEN_TO_BE_REPLACED

Kansas City, Missouri's COVID-19 emergency order was set to expire at the end of the month. But Mayor Quinton Lucas made it clear Friday that private businesses can still set their own rules.Any … END_OF_DOCUMENT_TOKEN_TO_BE_REPLACED

KANSAS CITY, MO (KCTV/AP) — All restrictions meant to slow the spread of the coronavirus were being rescinded as of midday Friday in Kansas City, Missouri, following guidance from the U.S. Centers for … END_OF_DOCUMENT_TOKEN_TO_BE_REPLACED