Above image credit: The GameStop located on Westport Road. The company’s stock reached a high of $350 dollars in January thanks to mass buying started by the r/WallStreetBets community. (Jacob Douglas | Flatland)

Strolling into a local GameStop on a frigid Saturday afternoon, you’d be hard pressed to find more than a few customers in the store at once. A couple of masked faces sift through used XBox 360 games, walls of Funko Pops and various video game memorabilia.

The store looks nothing like the public face of a company whose stock price peaked at nearly $350 a share just last month. Rather, it looks like so many retail chains suffering the same problems most modern brick-and-mortar stores do – it’s much easier to get their product digitally.

But a group of like-minded folks on the Reddit social media platform called r/WallStreetBets has pushed GameStop into the zeitgeist again, and showed that you don’t need to take to the streets to make social change. Indeed, the band of rebellious redditors – working from the comfort of their own couches – may have altered the way Americans view financial markets.

The redditor rebellion drew the attention of such giants in the business world as Tesla founder Elon Musk, who has been at war with so-called short sellers for years. It also led to Robinhood, a popular stock trading app, to restrict buying of GameStop stock, further validating an “us vs. them” mentality of regular folks who contend the markets are rigged for the wealthy.

Soon other long-suffering “meme stocks” such as Leawood-based movie exhibitor AMC were being boosted by the redditors, even though AMC didn’t see quite the crazy bump as GameStop did.

Some Kansas City redditors who got in on the action reported returns as high as 300% on their original investment, while others say they are holding “to the moon.” But no matter individual gains and losses, the redditor rebellion is widely seen as a signature moment in the relationship between social media and the business world.

“It used to be so difficult to really engage. If you didn’t have a seat at the table, then all of this stuff was beyond you,” said Chris Kuehl, managing director of Armada Corporate Intelligence. “But now that you can organize on the internet, and you can put this stuff together, anybody can play these games. It kind of disturbs the old boys club, which I think is almost the whole point.”

Brent Anderson got into Robinhood trading after some friends in a soccer group chat put him onto it. He started just a couple of weeks before the hype started. While Anderson did purchase some AMC, he did not buy any GameStop. That doesn’t mean he wasn’t restricted by Robinhood.

“I was going to buy a cryptocurrency, and I was prevented from doing that by Robinhood,” Anderson said. “I think like most people I was pretty upset. It’s like, wait a minute, you’re supposed to be this democratic tool to fight the big boys, and all of a sudden you’re restricting things.”

That wasn’t the only local company that felt the impact of wrathful redditors. A former employee of Boulevard Brewing Co. recently wrote a post on the r/TheBrewery subreddit telling the story of harassment she experienced at the company.

Boulevard Brewing Co. located on Southwest Boulevard. The company’s CEO stepped down amid allegations of harassment at the company posted on Reddit. (Jacob Douglas | Flatland)

Within days, the Reddit post led to Boulevard’s CEO Jeff Krum and others stepping down, the return of founder John McDonald to run the company, and the hiring of “ an independent third party human resources firm to undertake an independent investigation of all issues that have been raised.”

In a statement released to their website on Jan. 26 titled “Reflecting,” the company said:

“In the last few days, we have heard from our employees, our former employees, and our community. We have learned a lot about ourselves. We have heard accounts of personal experiences that have shaken us to our core. It has become undeniably clear that harassment did in fact occur, clear that we have issues – serious issues that we have failed to address.”

Megan Brooker is a visiting assistant professor at the University of Kansas sociology department. Her research specializes in political and social movements. She believes social media, like Reddit, has made it easier for people to get involved in a movement.

“It creates a new possibility we didn’t have in earlier areas of protests, to get the word out to a lot of people who may support you and be on board with what you’re asking for,” Brooker said.

In the case of Boulevard, community hubs like Reddit have given people a place to go to tell their stories, while reaching a large population of people who may not have heard, or cared, otherwise.

“You’re sharing it outside of your local area, outside of people who would normally go into this business,” Brooker said. “That creates a bigger problem, because then you have a broader reputational problem than you would have even if it were covered on the local news.”

Now it’s easier to seek out involvement in a movement as well. All around the internet, there are niche communities for someone to get involved with if they are passionate enough. Forums like Reddit or 4chan have become a breeding ground for these communities, for better or for worse.

Brooker pointed out that there are networks in place, like Twitter, to get your message out to tertiary groups who may have similar interests. This could be said for the r/WallStreetBets crowd, which has been one of the more rapidly growing subreddits, gaining 1.5 million followers overnight, with over 8.5 million total users.

A concern with a following that big is how do you organize, and who is held accountable, especially with so much money on the line.

“It’s really an alarming part of this social media organizing is that it’s proved somewhat successful, at least in the short term, of getting people to take action and buy in,” Brooker said. “But any buy in without accountability is a problem in any movement.”

Some other larger political movements that have been spawned out of online organization include QAnon and the storming of the U.S. Capitol in January. We have already seen the fallout of those issues, with the latter leading to arrests and a second impeachment of former President Donald Trump.

According to Kuehl, the fallout of the GameStop saga could negatively affect people who didn’t know exactly what they were getting into.

“The people who were participating in the buying, and are now sitting on shares, which they probably spent more money on than they should have, and it’s like: ‘Well, now what are you going to do with them?’ ” Kuehl said. “No one really wants them, it’s still a failed company, so you’re going to have to dump it sooner or later anyway.”

Kuehl understands that for those who approached the buying with a mindset similar to the Occupy Wall Street movement, losses might not be their main concern. However, people who just tried to make a quick buck and are still holding may get hurt in the long run.

“You’re going to get creamed along with everyone else,” he said. “I mean, GameStop? Are you kidding me? Who goes to the mall to buy a game? It’s like, it’s on the internet, children.”

Kuehl does buy AMC as a long-term investment, however. He believes that once people are comfortable with going to the movies again in a post-COVID world, they will want the full theater experience. 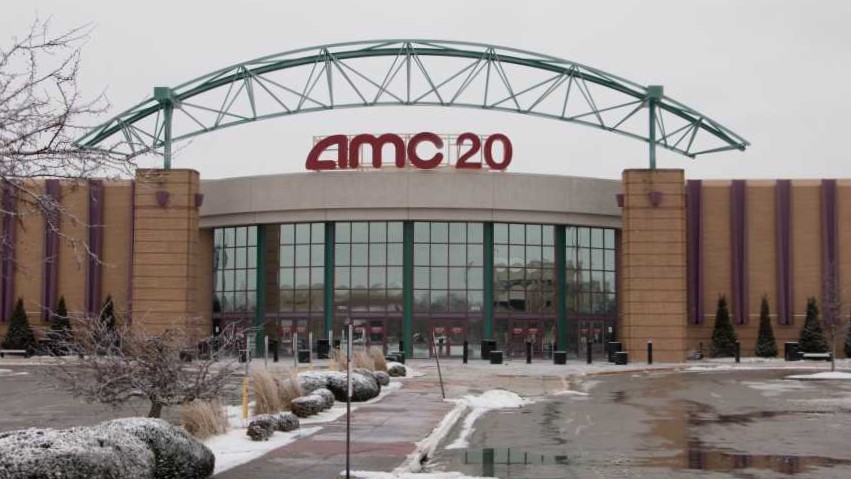 The AMC 20 located in Leawood, Kansas. AMC has gotten wrapped up in the r/WallStreetBets saga, but some investors view it as a better long-term investment. (Jacob Douglas | Flatland)

Calling Out vs. Calling In

According to Kuehl, the movement won’t stop short selling, but it could affect the way people approach influencing Wall Street.

“I don’t know if it opens up a lot of opportunities, because at the end of the day I think people are going to look back at it and say: ‘What damage did we really do?’ It was fairly minimal,” he said. “It’s certainly not going to stop hedge funds from existing. But it may open up the possibility that if you want to change Wall Street’s mentality, if you want to have an impact, you can possibly do it through the investment markets.”

Brooker says there are financial limitations to the current movement, and if it is to continue, the r/WallStreetBets group will have to organize, and answer the question of how to make this last long term.

“There is some cultural economic importance here,” she said. “But like any other movement, it’s going to face some sort of repression, which it already has, with people being locked out of trading. And you’ve got to figure out how to build something that’s more structural, and isn’t a single action. I’m not exactly sure what that looks like for this movement beyond, you know, picking new targets and continuing the same thing.”

The subreddit has had some issues in the aftermath of their rise to fame. According to a New York Times report, moderators from r/WallStreetBets have feuded over book rights, movie deals and other business opportunities in the wake of the GameStop buy.

Brooker says setting up institutional structures to ensure a path forward are vital to keeping a movement alive. That will be extremely important for Boulevard. She refers to this as “calling out vs. calling in.” Calling out is exactly what it sounds like, exposing injustice within an organization. But true change comes from calling in.

“If we want true accountability, if we want true institutional change, we need to find a way of the calling in,” Brooker said. “Taking people who are part of that business, that industry, that movement, whatever it is, and creating a structure where people’s voices can be heard, particularly people who are coming from marginalized communities, and ensuring that there is some structured way to keep that going, and a safe way that people can actually feel like they can speak up and have some sort of outcome. And, you know, if we saw more of that starting to happen within institutions, then maybe there would be less in need for putting people on blast.”

KANSAS CITY, Mo. — The environment, children and smoking are issues Vari Patel and three other teens from the Kansas City metro felt needed attention so people can live healthier lives. "And when … END_OF_DOCUMENT_TOKEN_TO_BE_REPLACED

KANSAS CITY, Mo. — Kansas City, Missouri, Mayor Quinton Lucas confirmed Monday not only that he’d been married earlier this month — but that he and his wife welcomed a baby boy, too. In a post to … END_OF_DOCUMENT_TOKEN_TO_BE_REPLACED

KANSAS CITY, Mo. — Kansas City, Missouri, leaders once again will look into renaming city streets in honor of Dr. Martin Luther King Jr. The city's Board of Parks and Recreation Commissioners will … END_OF_DOCUMENT_TOKEN_TO_BE_REPLACED