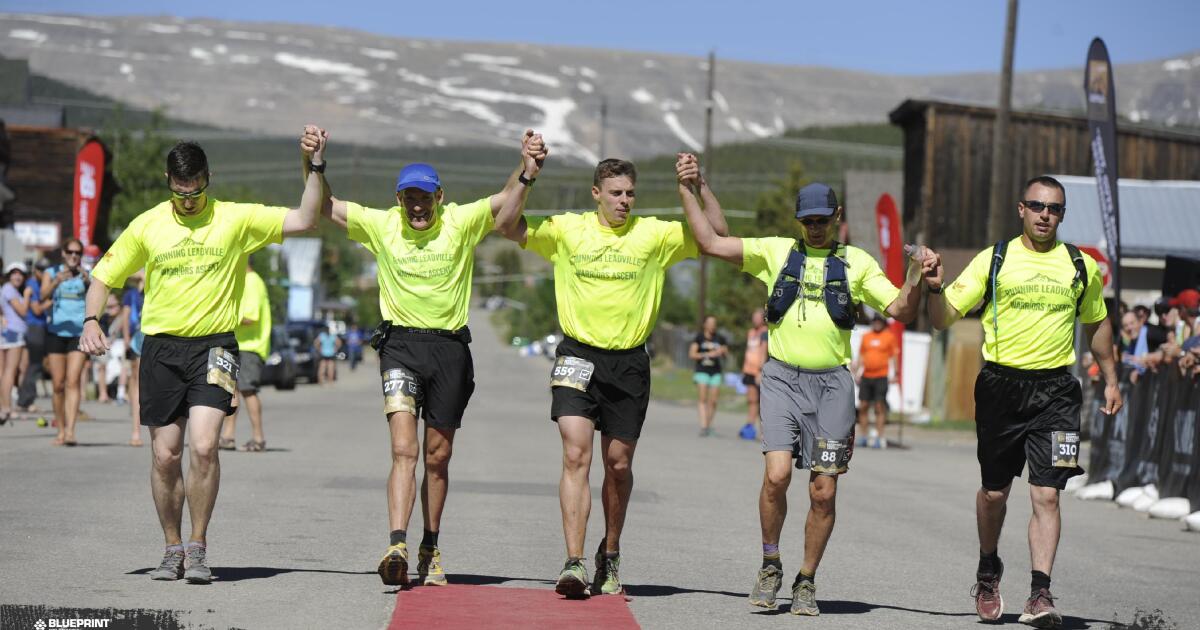 OVERLAND PARK, Kan. — A local Army veteran has helped save more than 130 veterans’ lives in the last seven years by running up a mountain.

Tony Hofmann, Overland Park Public Works director, is off to do it again this weekend.

Hofmann created Team Leadville seven years ago. It’s a team of people from all over the country who train 16 weeks to run the Leadville Trail Marathon in Colorado.

Runners raise money that goes toward the local nonprofit Warriors’ Ascent, which works to get veterans and first responders suffering from post-traumatic stress back on their feet.

As a veteran himself, Hofmann is determined to do his part to help fight the veteran suicide epidemic.

“We are on a unified purpose to stop veteran suicide and we are adamant about that mission, it is relentless, we are relentless in this campaign, as we have been for the last now seven years,” Hofmann said.

Hofmann said June is a great time for the public to get involved in supporting veterans as it is post-traumatic stress disorder awareness month.

“Veterans make up about 7% of the U.S. population, yet make up 14% of the suicides in the United States,” Hofmann said. “Veterans are almost two times more likely to commit suicide than non-veterans.”

Since creating the team, Hofmann and runners have raised more than $270,000, which has translated to more than 135 veterans’ lives saved.

The money pays for veterans to be enrolled at Warriors’ Ascent.

“We’ll teach them mindfulness, meditation, yoga, nutrition,” Kenny said. “Really in the end what we are endeavoring to do is build capacity in our participants and that they’ve got the tools they need to get their lives back on track.”

Kenny said he has seen the program’s effect first-hand over the years.

“I’ve had a multitude of alum that have come back as mentors or have come back just to share their experience and have told us unequivocally, I wouldn’t be here right now if it wasn’t for this program,” Kenny said.

The Leadville Marathon requires grit, tenacity and perseverance, much like the healing journey for veterans with post-traumatic stress.

Hofmann and the other members of Team Leadville will head out to Colorado Thursday. They hope to reach their fund raising goal of $60,000 by the race Saturday.

You can go the Warriors’ Ascent website to donate.

During the pandemic, 41 Action News wants to spotlight people, organizations and companies helping the community. To share these stories, use #WeSeeYouKSHB on social media.

In a since-deleted tweet responding to a question about a potential contract extension for Kansas City Chiefs safety Tyrann Mathieu, Mathieu tweeted that he's "probably not" going to get a new deal in … END_OF_DOCUMENT_TOKEN_TO_BE_REPLACED

KANSAS CITY, Mo. — A manhole left uncovered is the source of concern after a woman damaged her car in Kansas City. The single-car crash happened at 11th Street and Tracy Avenue during the busy … END_OF_DOCUMENT_TOKEN_TO_BE_REPLACED

Kansas City, Missouri's COVID-19 emergency order was set to expire at the end of the month. But Mayor Quinton Lucas made it clear Friday that private businesses can still set their own rules.Any … END_OF_DOCUMENT_TOKEN_TO_BE_REPLACED

KANSAS CITY, MO (KCTV/AP) — All restrictions meant to slow the spread of the coronavirus were being rescinded as of midday Friday in Kansas City, Missouri, following guidance from the U.S. Centers for … END_OF_DOCUMENT_TOKEN_TO_BE_REPLACED