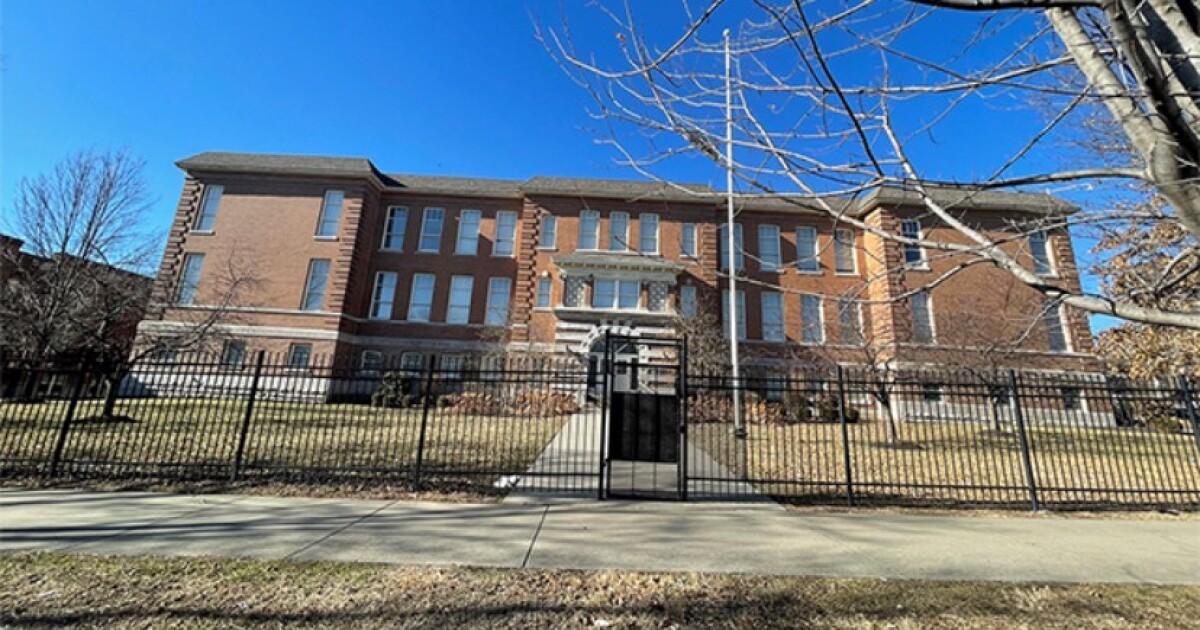 KANSAS CITY, MO — All this month, 41 Action News has observed Black History Month, with stories encouraging viewers to learn more about some of the impactful people and places in Kansas City.

Now, Literacy KC has developed an smartphone app to take people on guided tours of some of those locations.

One such example is D.A. Holmes School on Benton Boulevard. Built in 1904, the building now houses apartments for seniors. But during the 90 years it was a school, it became a chapter in Kansas City’s educational segregation story.

It’s one of more than a dozen sites featured on the Literacy KC Adventure app.

“As a black inventor, I get to help bring to life, through technology that we created, this story,” Queen said. “This insight about black history in a way that people just haven’t seen.”

The app includes several spots that users might not know, like the Harris Kearney House on Baltimore Avenue, and St. Monica Catholic Church on The Paseo.

However, the app also offers spots that users would recognize, including Buck O’Neil Tribute Park on The Paseo.

The recorded histories on each stop are voiced by Kansas Citians from all walks of life, including one known for his music, not for his speaking voice.

“It means everything to me man,” musician Tech N9ne said. “Because I’m a part of the history now.”

Tech N9ne recorded the entry for the American Jazz Museum, which gave him a chance to reminisce about the beginning of his career.

“I remember when I signed with Quincy Jones back in ’97,” Tech N9ne said. “He told me my style reminded him of bebop, so that goes right along with Charlie Parker, and 18th and Vine and all that. So, I was honored, and I’m honored to this day.”

Literacy KC’s mission of course is to teach people how to read. But CEO Gillian Helm says this app is about making the entire world a more legible place.

“It’s not just legibility as far as writing is concerned,” Helm said. “It’s not just literacy as far as reading the words on a page. Can you go out in the world and navigate and identify yourself in it? That’s the kind of thing that we really try to put into action.”

The Literacy KC Adventure app is available now for Apple and Android users.

It’s free, and also includes a place to post photos of user visits, answer trivia questions about each location and the bios for each of the 20 readers who narrate the location entries.

KANSAS CITY, Mo. — The environment, children and smoking are issues Vari Patel and three other teens from the Kansas City metro felt needed attention so people can live healthier lives. "And when … END_OF_DOCUMENT_TOKEN_TO_BE_REPLACED

KANSAS CITY, Mo. — Kansas City, Missouri, Mayor Quinton Lucas confirmed Monday not only that he’d been married earlier this month — but that he and his wife welcomed a baby boy, too. In a post to … END_OF_DOCUMENT_TOKEN_TO_BE_REPLACED

KANSAS CITY, Mo. — Kansas City, Missouri, leaders once again will look into renaming city streets in honor of Dr. Martin Luther King Jr. The city's Board of Parks and Recreation Commissioners will … END_OF_DOCUMENT_TOKEN_TO_BE_REPLACED