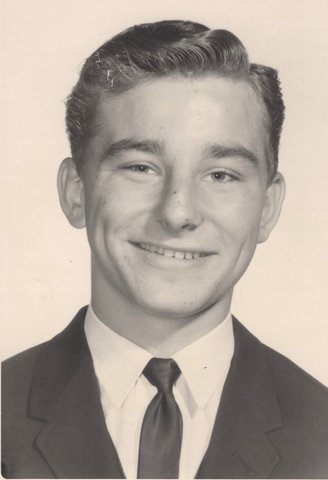 HOISINGTON ­- Lee Phillip (Phil) Kern, 72, passed away at his home in Hoisington, Kansas June 29, 2021.  He was born July 9, 1948 in Great Bend, Kansas to Kenneth and Ellen (Carter) Kern.  A Great Bend High School and Fort Hays State University Alum, Phil was a keen businessman and entrepreneur, working in the oil industry and as a general contractor.  He made his home in Salina, Kansas; Tucson, Arizona; Springdale, Arkansas; and Overland Park, Kansas until returning to the Great Bend area. He was of Catholic faith.

Phil could almost always be found engineering a project, fine tuning it down to the smallest detail, leaving no stone unturned.  He enjoyed traveling, watching golf, spoiling his black Lab Shady, and sharing good stories and cold beer.

He is survived by his son, Clark Kern; daughters, Kimberly Kern and Katherine Shelton; ten grandchildren; sister, Mary (Kenny) Bath; and several nieces and nephews.  He was preceded in death by his parents; brothers, Wade Patrick and Kenneth Michael Kern; and an infant granddaughter.

Memorial services are pending. Condolences may be sent and notice viewed at www.nicholsonrickefh.net.

In a since-deleted tweet responding to a question about a potential contract extension for Kansas City Chiefs safety Tyrann Mathieu, Mathieu tweeted that he's "probably not" going to get a new deal in … END_OF_DOCUMENT_TOKEN_TO_BE_REPLACED

KANSAS CITY, Mo. — A manhole left uncovered is the source of concern after a woman damaged her car in Kansas City. The single-car crash happened at 11th Street and Tracy Avenue during the busy … END_OF_DOCUMENT_TOKEN_TO_BE_REPLACED

Kansas City, Missouri's COVID-19 emergency order was set to expire at the end of the month. But Mayor Quinton Lucas made it clear Friday that private businesses can still set their own rules.Any … END_OF_DOCUMENT_TOKEN_TO_BE_REPLACED

KANSAS CITY, MO (KCTV/AP) — All restrictions meant to slow the spread of the coronavirus were being rescinded as of midday Friday in Kansas City, Missouri, following guidance from the U.S. Centers for … END_OF_DOCUMENT_TOKEN_TO_BE_REPLACED