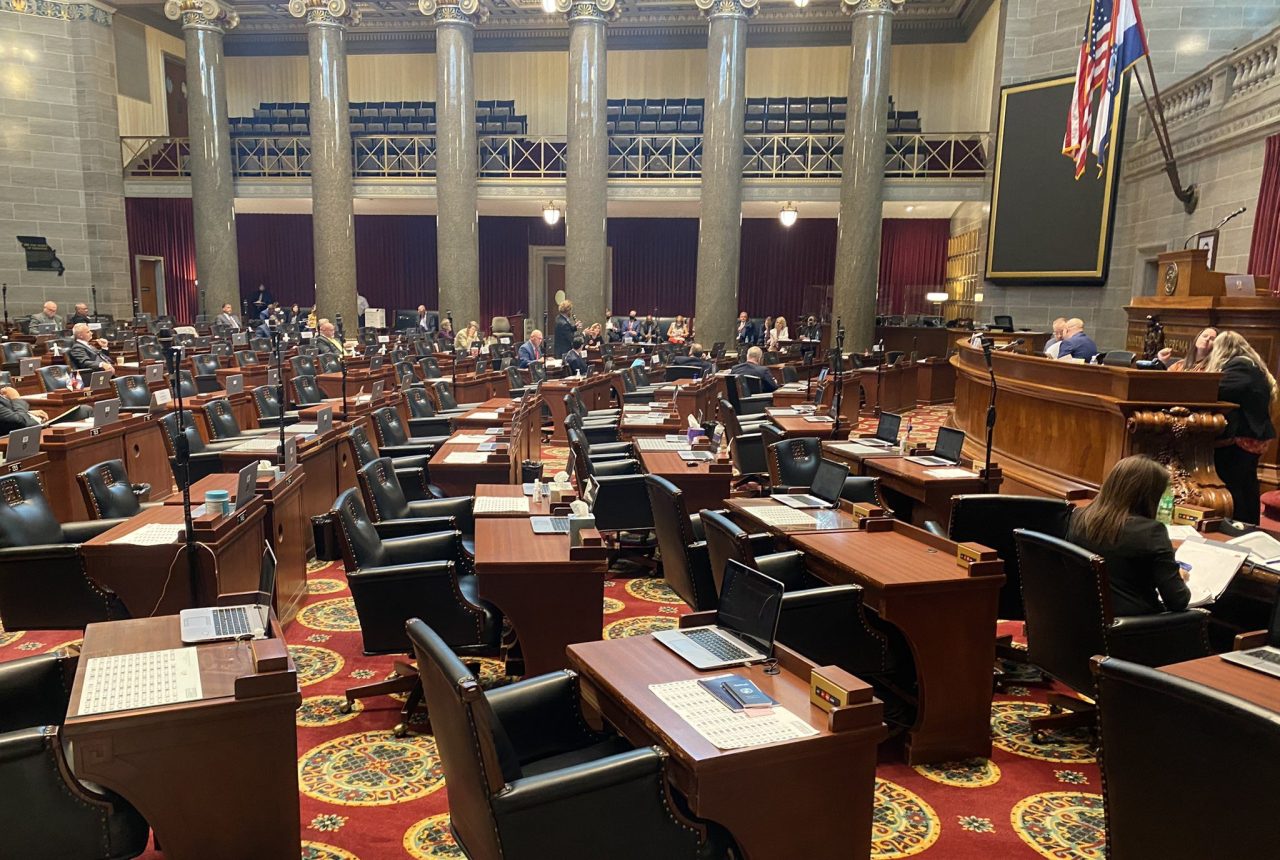 JEFFERSON CITY, Mo. – Missouri lawmakers are worried the state’s education department is not doing enough to assess students affected by the pandemic.

Wednesday’s budget meeting was originally set to discuss how much federal COVID relief dollars schools have received and what’s still to come. That didn’t last long. Members of the House Budget Committee questioned education leaders on what the state is doing to follow up with students who were impacted by COVID.

“It causes me pause when we start talking about applying the same grade level expectations that we had when they were learning under a very different set of circumstances in a very different model,” Rep. Ingrid Burnett (D-Kansas City) said.

The pandemic has caused uncertainty for everyone, including the education system.

“Learning did stop for a number of children,” Rep. Kurtis Gregory (R-Marshall) said. “Hopefully we’re fully out of being virtual and I know we said we’re going to have some assessments coming on but how do we address that? How do we hold some of those districts accountable?”

Commissioner of the Department of Elementary and Secondary Education (DESE) Margie Vandeven said the results of assessment testing will be back next month.

“Which children were most significantly impacted by the pandemic and we need to be able to answer that question and then be able to address the issue and I can tell you that local school districts and charter schools are working on that on a daily basis,” Vandeven said.

Vandeven said the department is expecting declines in early levels of math.

“To think about those results, not as the hammer, not the accountability side, really as helping us understand who was most significantly affected by this virus,” Vandeven said.

Deputy Commissioner for the Financial and Administrative Services under DESE Kari Monsees told the committee there are three different relief funds for schools. Under the first relief fund, the state received roughly $208 million and, under the second package, Missouri received $877 million. Monsees says the American Rescue Plan Act (ARPA), which has not been appropriated yet, is set to bring $1.96 billion to the state. He said 10% of all the funds can be reserved for statewide purposes, but the other 90% goes to school districts.

“We’re looking at some of the statewide things we can do to try and help the infrastructure overall,” Monsees said. “We have added reading and math professionals, consults, at our regional professional development centers to help support teachers as they support students coming back through trying to catch up on any lost instructional time they may have had during the pandemic.”

Monsees told members during the hearing that $50 million is being spent on teacher retention and recruitment, but one former agriculture teacher, now lawmaker, blames some of the teacher shortage on paperwork from the state.

“The department has to ask themselves, is some of the reason this is taking place because of us, because of all these hoops we are having to jump through?” Rep. Scott Cupps (R-Shell Knob) said. “This has nothing to do with the education of students, but this nonsensical bureaucracy that you have to do, all these hoops that you have to jump through to keep your teaching certification, and after a point, you just say nope, I’m not going to do it anymore.”

Cupps said of the 13 students he graduated with a teaching degree specializing in agriculture, only three of them are still teachers.

“When we started talking about the encumbering requirements that were put on us by DESE, not by our school district, not by our university, but by DESE,” Cupps said. “This is literally the reason why a lot of people I know that I worked with are no longer in the teaching profession.”

Last week, the State Board of Education lowered the requirements to become a substitute teacher, allowing applicants to take 20 hours of online training instead of 60 college credit hours. Besides the training, DESE plans to offer $10,000 grants to districts to help address the teacher shortage.

“Is there any effort to seriously review the internal structures of a department that has been criticized for years and years and years?” Rep. John Black (R-Marshfield) said.

“We’ve really tried to shift our focus to supporting schools to do their jobs better, to support teachers to do their job better,” Vandeven responded to Black. “We have an obligation to the taxpayers in Missouri and to the federal government and others who are giving us all these funds today to make sure they are spent appropriately.”

Black said the issues in the department have been going on for years and he knows many who are frustrated with DESE.

Vandeven told members the state needs to do whatever it can to make sure school doors stay open this year.

Chairman of the budget committee Rep. Cody Smith( R-Carthage) said the committee will meet again around veto session in September to hear a budget update from the Office of Administration.

In a since-deleted tweet responding to a question about a potential contract extension for Kansas City Chiefs safety Tyrann Mathieu, Mathieu tweeted that he's "probably not" going to get a new deal in … END_OF_DOCUMENT_TOKEN_TO_BE_REPLACED

KANSAS CITY, Mo. — A manhole left uncovered is the source of concern after a woman damaged her car in Kansas City. The single-car crash happened at 11th Street and Tracy Avenue during the busy … END_OF_DOCUMENT_TOKEN_TO_BE_REPLACED

Kansas City, Missouri's COVID-19 emergency order was set to expire at the end of the month. But Mayor Quinton Lucas made it clear Friday that private businesses can still set their own rules.Any … END_OF_DOCUMENT_TOKEN_TO_BE_REPLACED

KANSAS CITY, MO (KCTV/AP) — All restrictions meant to slow the spread of the coronavirus were being rescinded as of midday Friday in Kansas City, Missouri, following guidance from the U.S. Centers for … END_OF_DOCUMENT_TOKEN_TO_BE_REPLACED