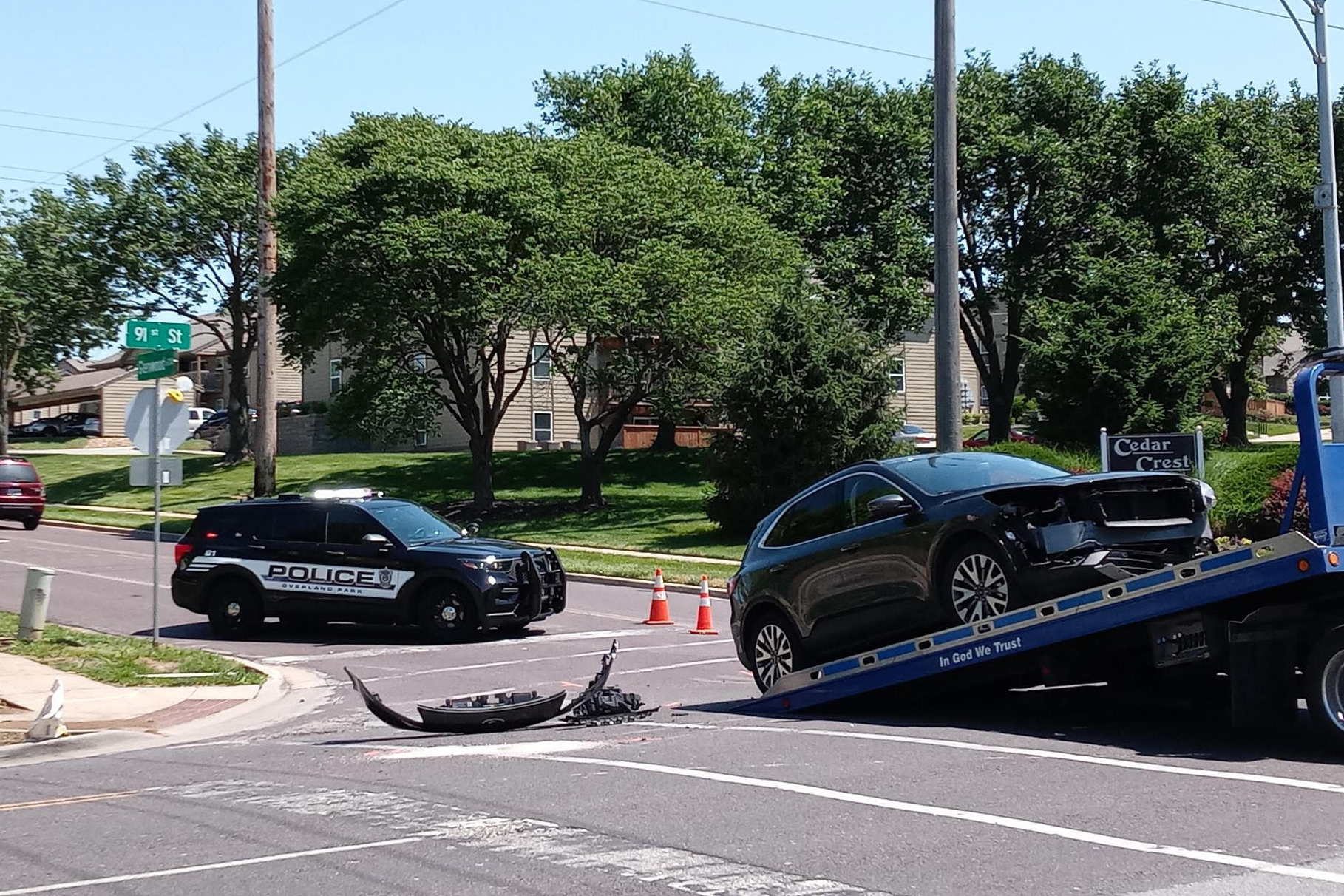 Overland Park police on Sunday responded to a motorcycle-SUV collision at 91st and Glenwood — the 10th accident at that intersection since the city first deactivated traffic signals there in October 2020.

A motorcyclist with a passenger was traveling westbound on 91st Street at approximately 10:55 a.m. when an SUV facing south at the stop sign on Glenwood entered the intersection and struck the bike, according to Overland Park police.

“The driver and rider of the motorcycle suffered road rash but should recover from their injuries,” said Overland Park Public Information Officer John Lacy in an email. “The driver did receive a citation for failure to yield.”

Overland Park started testing the deactivation of two traffic signals along 91st Street in October 2020 after staff recommended their removal on the grounds that the among of traffic along the stretch did not justify having lights there. Between Oct. 22, 2020 – when the lights were switched from standard red-yellow-green mode to flashing stop or yield signal mode — and Jan. 5, 2021, there were five accidents at the Glenwood intersection. Those wrecks prompted a fresh wave of pushback from neighborhood residents, who said the street is too busy for pedestrians to cross safely without a full traffic signal in place.

Nevertheless, the city council’s public works committee recommended full removal of the signals in February, a recommendation adopted by the full council on a 10-2 vote in March.

According to Lacy, of the accidents that have taken place at the Glenwood intersection since last fall, five have been injury accident and five have been non-injury.

In a since-deleted tweet responding to a question about a potential contract extension for Kansas City Chiefs safety Tyrann Mathieu, Mathieu tweeted that he's "probably not" going to get a new deal in … END_OF_DOCUMENT_TOKEN_TO_BE_REPLACED

KANSAS CITY, Mo. — A manhole left uncovered is the source of concern after a woman damaged her car in Kansas City. The single-car crash happened at 11th Street and Tracy Avenue during the busy … END_OF_DOCUMENT_TOKEN_TO_BE_REPLACED

Kansas City, Missouri's COVID-19 emergency order was set to expire at the end of the month. But Mayor Quinton Lucas made it clear Friday that private businesses can still set their own rules.Any … END_OF_DOCUMENT_TOKEN_TO_BE_REPLACED

KANSAS CITY, MO (KCTV/AP) — All restrictions meant to slow the spread of the coronavirus were being rescinded as of midday Friday in Kansas City, Missouri, following guidance from the U.S. Centers for … END_OF_DOCUMENT_TOKEN_TO_BE_REPLACED