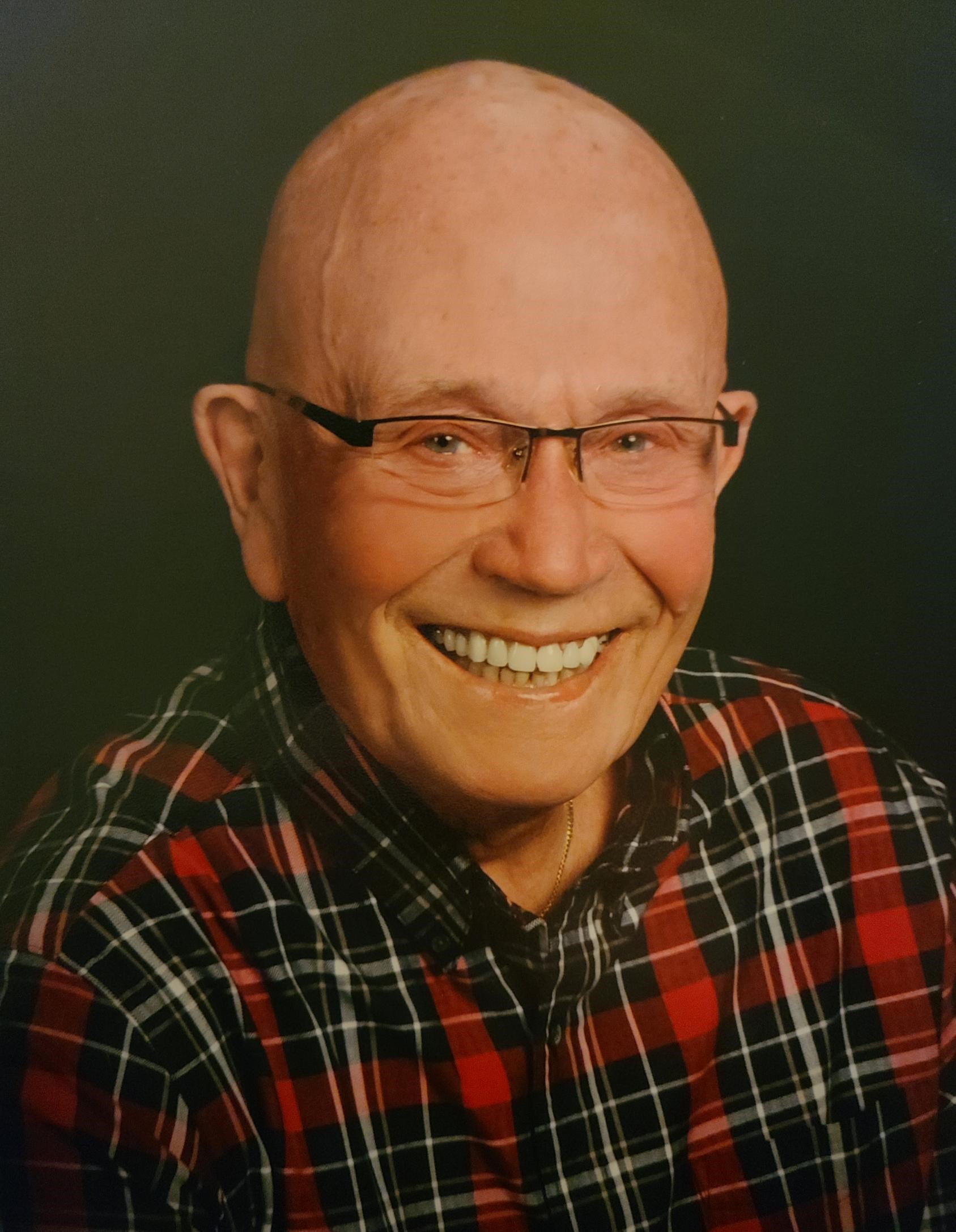 Larry Dale Slaight, 84, went to be with the Lord on May 11, 2021 at Mercy Hospice after an injury from a fall. He was born Aug. 5, 1936 in Ellsworth, Kan., to Gerald and Helen (Kasper) Slaight.
Larry grew up on a farm near Ellsworth. He graduated from Ellsworth High School then attended Brown Mackie Business School, graduating with an associate degree. He served in the United States Army for six years and then worked at Farmland Industries for 40 years. He was a devout husband to Connie (Morgan) Slaight, married on Jan. 9, 1982.
He was a strong Christian and brought many people to the Lord, not only with his verbal testament of faith but by his Christ-like actions and love. He was a member and Stephen Ministry leader at several churches in cities where he lived, including Christ Lutheran (Overland Park, Kan.), First Christian (Kimberling City, Mo.), and Lutheran Church of Hope (Grimes, Iowa). He was also a hospice volunteer and an organ donor after life, potentially blessing 50-70 more people. Everyone he came in contact with loved Larry and his smile.
He was a dedicated father and husband, supporting his kids and grandkids in all their activities. He also loved to boat and teach many how to water ski at Table Rock Lake. He was a fan of the Kansas City Chiefs, Kansas City Royals, UNI Panthers, and KU Jayhawks. We know he will continue to watch and cheer us on from heaven.
He is survived by his wife, Connie; son, Justin (Kim) Slaight of Lorraine, Kan.; stepdaughter, Shannon (Tony) Wieland of West Des Moines Iowa; son-in-law, Russ Willoughby of Overland Park, Kan.; granddaughter, Jordan (JD) Jones of Kansas City, Mo.; grandkids, Kaelyn and Will Wieland of West Des Moines, Iowa; sisters, Lola (Wally) Fair and Lois Shaw of Salina, Kan.; mother-in-law, Alyce Morgan of Shelby, Neb.; in-laws, Gloria Perry, Peg and Drew Hopwood, Mike and Kris Morgan, and Pat and LuAnn Morgan, plus many nieces and nephews.
He is preceded in death by his parents; daughter, Terry Willoughby; brothers-in-law Chet Shaw and Rick Perry, and father-in-law Bill Morgan.
Services will be held Friday, May 28. Burial will be at Iowa Veterans Cemetery at 9:30 a.m. with a Celebration of Life at Lutheran Church of Hope in West Des Moines at 11 a.m., followed by a visitation at 12 p.m. The service will be livestreamed at https://hopeonline.tv/specialevents.
In lieu of flowers, memorial donations may be given in his name to Mercy Hospice, Iowa Donor Network and Lutheran Church of Hope – Grimes. Donations can be sent to the family of Larry Slaight, 10270 Coventry Circle, Johnston, Iowa, 50131.

In a since-deleted tweet responding to a question about a potential contract extension for Kansas City Chiefs safety Tyrann Mathieu, Mathieu tweeted that he's "probably not" going to get a new deal in … END_OF_DOCUMENT_TOKEN_TO_BE_REPLACED

KANSAS CITY, Mo. — A manhole left uncovered is the source of concern after a woman damaged her car in Kansas City. The single-car crash happened at 11th Street and Tracy Avenue during the busy … END_OF_DOCUMENT_TOKEN_TO_BE_REPLACED

Kansas City, Missouri's COVID-19 emergency order was set to expire at the end of the month. But Mayor Quinton Lucas made it clear Friday that private businesses can still set their own rules.Any … END_OF_DOCUMENT_TOKEN_TO_BE_REPLACED

KANSAS CITY, MO (KCTV/AP) — All restrictions meant to slow the spread of the coronavirus were being rescinded as of midday Friday in Kansas City, Missouri, following guidance from the U.S. Centers for … END_OF_DOCUMENT_TOKEN_TO_BE_REPLACED