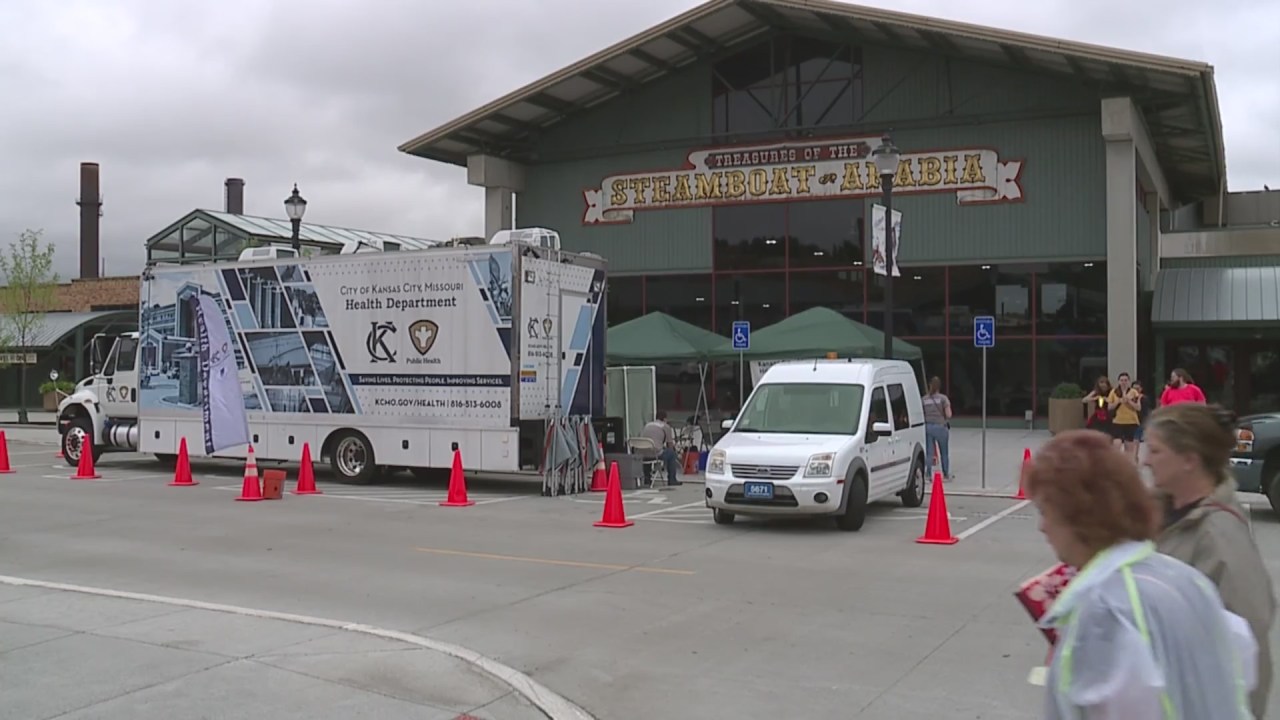 KANSAS CITY, Mo. — Kansas city’s health department went mobile in hopes of vaccinating as many people as possible as they say the COVID-19 Delta variant is spreading at an alarming rate.

The health department sent a mobile vaccination unit to the River Market on Saturday. Its employees combed the crowd urging folks who haven’t received the vaccine to do it now.

Their fear is that the highly contagious Delta variant could start to spread quickly.

“We really are concerned about people getting vaccinated now. We know that the Delta variant is here in Missouri and it’s in communities around us,” Frank Thomas, Deputy Director of KCHD, said. “We’ve had one confirmed case here in Kansas City. There’s a very short window for people to get vaccinated before that variant becomes the dominant variant here in the city.”

The Delta variant is what swept through India, killing hundreds of thousands of mostly unvaccinated people.

It is considered by experts to be much more contagious and more serious than the alpha variant, which was the most widespread in the metro until recently.

According to the health department, two doses of the Pfizer vaccine are 88% effective against the Delta variant, but only 6 weeks after your second dose.

Thus, the race to get as many people as possible vaccinated now.

Stats on the effectiveness of the Moderna and Johnson & Johnson shots haven’t been released yet.

The Delta variant is a big reason that the CDC still recommends even people who are fully vaccinated, continue to wear masks when social distancing isn’t possible.

A recommendation that is becoming harder and harder to enforce.

“I can’t stress enough, if we keep playing around with this virus and it keeps mutating and developing new forms that we don’t get rid of,” Thomas said. “it’s going to come back in a form that eventually we can’t combat.”

Health officials in Kansas have now confirmed at least 100 cases of the COVID-19 Delta variant.

Missouri has the highest number of new COVID-19 cases and it is among the states with the lowest vaccination rates. A combination the CDC and the health department sees as extremely volatile.

The health department said it will be back at city market to give vaccines in three-weeks because of the large response today.

In a since-deleted tweet responding to a question about a potential contract extension for Kansas City Chiefs safety Tyrann Mathieu, Mathieu tweeted that he's "probably not" going to get a new deal in … END_OF_DOCUMENT_TOKEN_TO_BE_REPLACED

KANSAS CITY, Mo. — A manhole left uncovered is the source of concern after a woman damaged her car in Kansas City. The single-car crash happened at 11th Street and Tracy Avenue during the busy … END_OF_DOCUMENT_TOKEN_TO_BE_REPLACED

Kansas City, Missouri's COVID-19 emergency order was set to expire at the end of the month. But Mayor Quinton Lucas made it clear Friday that private businesses can still set their own rules.Any … END_OF_DOCUMENT_TOKEN_TO_BE_REPLACED

KANSAS CITY, MO (KCTV/AP) — All restrictions meant to slow the spread of the coronavirus were being rescinded as of midday Friday in Kansas City, Missouri, following guidance from the U.S. Centers for … END_OF_DOCUMENT_TOKEN_TO_BE_REPLACED