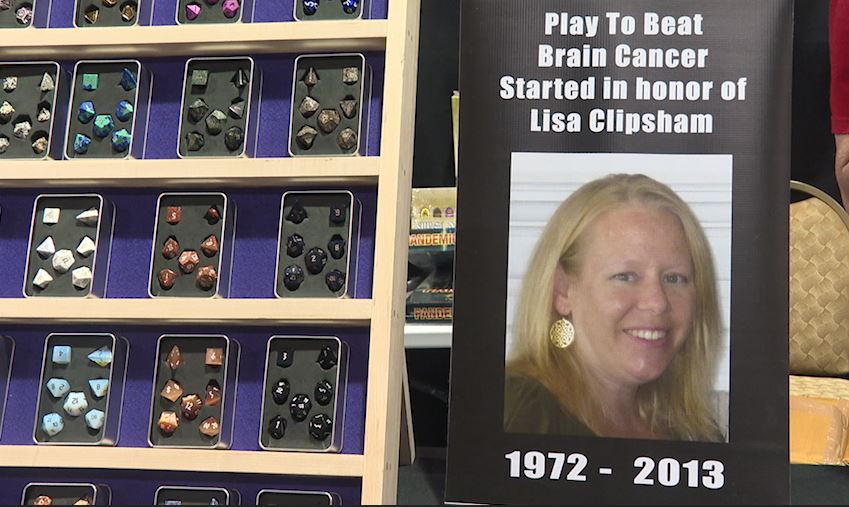 OVERLAND PARK, Kan. — Get your lucky dice ready. Hundreds of gamers are expected to take over the Overland Park Convention Center this weekend for KantCon.

KantCon spokesperson Angela Robertson said KantCon is meant to be a local alternative for gamers who can’t travel to larger conventions.

With hundreds of board games, Cardboard Corner Cafe opens in Overland Park

“KantCon means for those of us who can’t Con, there’s KantCon. KantCon with a K, because it’s for Kansas. For people who are local who can’t afford to go to big gaming conventions like GenCon or Origins. It’s for people to gather and play tabletop games such as Dungeons and Dragons,” Robertson said.

More than 100 tabletop and role playing games will be available during the convention.

Players will have the option to sign up for role playing games like Dungeons and Dragons and be assigned to a group, or check out items from the board game library to play with friends they know.

After COVID-19 forced organizers to postpone the 2020 convention, Andria Osborne was thrilled to be back at the playing table. Friday morning, Osborne signed up to play Call of Cthulhu.

“All of these people I’m just meeting for the first time.One of the really cool things about KantCon is that even if you don’t know anyone, you’re all here for the same reason and have the same interest,” Osborne  said. “It’s really easy to sit down at a table and be like ‘ok you’re my friends, even if just for the next couple hours’.”

Based on pre-registration sales, Robertson estimates 700 people will attend the convention. KantCon is open to people of all ages. Robertson said when players sign up for a game, each signup sheet will list any mature themes included in the game.

“We try to be as family friendly as possible, because we want to welcome the next generation into the hobby,” Robertson said.

KantCon will also feature several vendors selling custom gaming accessories and art. Vendor Stephen Miller’s business combines his love of games with a cause close to his heart.

After losing his daughter Lisa to glioblastoma in 2013, Miller started Play to Beat Brain Cancer (PTBBC). The nonprofit  sells gaming gear to cover medical expenses for those who are underinsured battling brain cancer.

PBBC is currently supporting five families by covering the cost of things like medical bills, transportation and hotel stays for out-of-town chemo treatments.

“We have met a lot of people that needed support at these events. Whether it’s been in San Antonito for C2E2 or Chicago for PAX South or just here at either KantCon or Midwest Gamefest.We’ve met people they’ve said I have a family member or I’m going through  brain cancer treatment, can you help?” Miller said.

KantCon will be at the Overland Park Convention Center from Friday, July 16 through Sunday, July 18. Tickets for KantCon can be purchased on the convention website,  or at the convention center. You can find more information on convention hours and how to purchase tickets here.

In a since-deleted tweet responding to a question about a potential contract extension for Kansas City Chiefs safety Tyrann Mathieu, Mathieu tweeted that he's "probably not" going to get a new deal in … END_OF_DOCUMENT_TOKEN_TO_BE_REPLACED

KANSAS CITY, Mo. — A manhole left uncovered is the source of concern after a woman damaged her car in Kansas City. The single-car crash happened at 11th Street and Tracy Avenue during the busy … END_OF_DOCUMENT_TOKEN_TO_BE_REPLACED

Kansas City, Missouri's COVID-19 emergency order was set to expire at the end of the month. But Mayor Quinton Lucas made it clear Friday that private businesses can still set their own rules.Any … END_OF_DOCUMENT_TOKEN_TO_BE_REPLACED

KANSAS CITY, MO (KCTV/AP) — All restrictions meant to slow the spread of the coronavirus were being rescinded as of midday Friday in Kansas City, Missouri, following guidance from the U.S. Centers for … END_OF_DOCUMENT_TOKEN_TO_BE_REPLACED