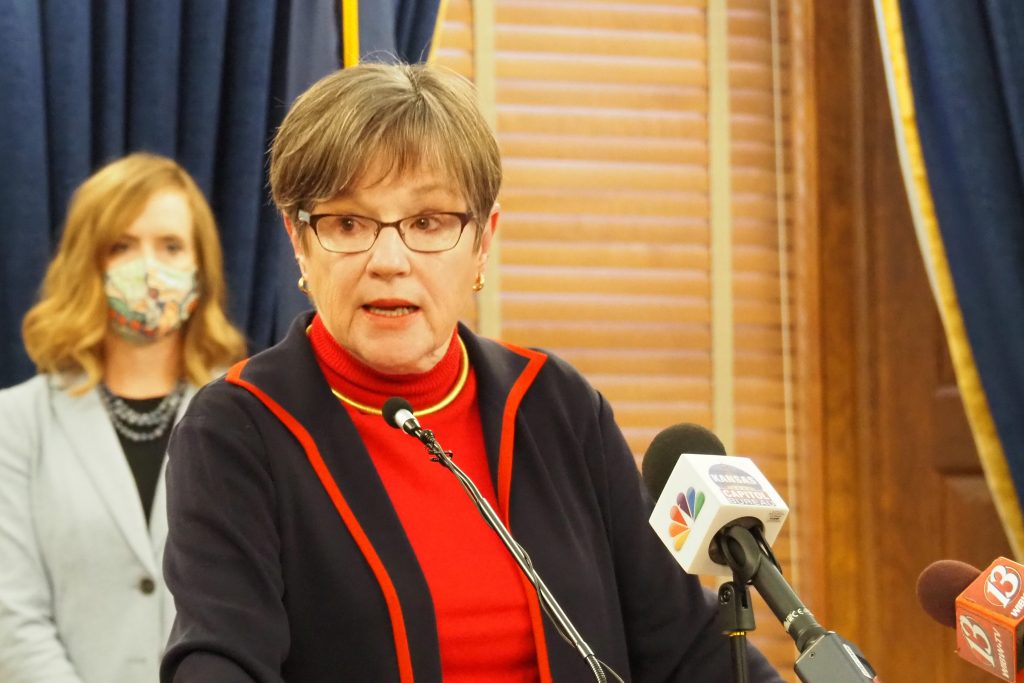 What started out as a modest $175 million tax reform bill ballooned after several hours of Senate debate into what Republicans and Democrats figured to be a $450 million to $470 million package. Uncertainty about the financial bottom line of Senate Bill 22 was amplified when the Kansas Department of Revenue estimated the bill’s cost to the treasury could exceed $600 million.

Growth in the bill’s cost primarily resulted from dedication of $215 million for a state income tax exemption on retirement benefits in the fiscal year starting July 1 and the decision to provide $75 million to $80 million for expansion of the standard deduction on state income taxes.

“There is something in this bill for everyone now,” said Sen. Caryn Tyson, the Parker Republican and chairwoman the Senate Assessment and Taxation Committee. “In these times with Covid, we need to keep in mind the taxpayer and this bill does that exactly.”

Sen. Jeff Pittman, a Leavenworth Democrat, said it was precisely the size of the overhauled bill that prompted concern about the state’s ability to secure enough tax revenue for basic functions of government. He voted “no” on the measure, which was adopted 24-15 by the Senate.

“I just can’t support such a massive amount at this time,” Pittman said. “I think this is too soon, too much, too quick.”

With the preliminary vote in the 40-member Senate at 23-9, Republican Sen. Richard Hilderbrand of Galena invoked a parliamentary maneuver to force seven senators seeking to pass on Senate Bill 22 to cast a yes-or-no vote on the legislation. That elicited six “no” votes and one “yes” vote for the tax bill. The bill will ultimately be placed in the hands of House and Senate negotiators responsible for developing a compromise tax reform package. Kelly could veto the bill, as she’s done previously with tax bills viewed as irresponsibly large.

Sen. Jeff Longbine, an Emporia Republican voting against the tax bill, said tenor of the debate and outcome of voting offered him a sense of deja vu. He said it felt much like 2012 when the Legislature passed an astounding income tax cut signed by Gov. Sam Brownback that haunted the state for years. The Brownback plan to drive the state’s income tax to zero was officially abandoned in 2017.

“Not many of us that are in this body that were here in 2012 when we had a very, very similar day. We took a reasonable, responsible tax bill and we blew it up,” said Longbine, who recalled being assured sensible people in the Legislature would correct the overreach. “I spent five, six, seven years after that cutting budgets and raising sales taxes. Fool me once, but you won’t fool me twice.”

Senate Minority Leader Dinah Sykes, a Democrat from Lenexa, said the Senate-passed bill contained tax cuts for the rich that didn’t have an impact on a pandemic-damaged economy and a huge unemployment problem.

“At a time when we’re facing economic uncertainty,” she said, “we do not need to repeat failed tax experiments which studies have shown, and which we have seen firsthand here in Kansas, have no impact on economic growth.”

Hiawatha Sen. Dennis Pyle won bipartisan support for the tax break for retirees with an argument based on the necessity of helping everyday Main Street people of Kansas. The Republican senator said the state’s taxation of Social Security benefits prompted people to move to other states upon retirement. His amendment would end that practice while also extending the exemption to other retirement income.

“Are you going to work for economic growth?” Pyle said. “Are you going to reinvest in everyday Kansans? We need to quit sending retirees to another state so they can protect their nest eggs. We can grow this state instead of watching the decline.”

The Senate voted unanimously for a proposal initiated by Senate Democrats and the governor to add to the standard deduction on state income taxes, which is expected to lower annual state revenue by $75 million to $80 million annually. The amendment would deliver tax relief to individual and married filers with deduction increases of 20% in tax year 2021 and 35% in tax year 2022.

However, Senate Republicans blocked a Democratic proposal to identify a source of tax revenue to cover the cost of boosting deductions. The governor recommended the state pay for it with $100 million from enactment of a sales tax on digital products, such as video streaming services, and by compelling Amazon and other marketplace facilitators to collect sales tax from out-of-state merchants serving Kansas customers.

Sen. Ethan Corson, a Prairie Village Democrat, said he was surprised by GOP opposition to a revenue-neutral amendment designed to level the playing field between online merchants and Main Street businesses statewide. The status quo favors out-of-state online merchants and drives customers away from local retailers struggling to survive the pandemic, he said.

Senate Bill 22 was named by Republican lawmakers the RELIEF Act, otherwise considered the Rebuilding Employers and Livelihoods while Investing in Everyone’s Future Act.

Of the original bill’s $175 million annual price tag, $120 million was devoted to allowing Kansans to take the standard deduction on federal income tax returns and claim benefits of itemized deductions on state income tax returns. Existing Kansas law prohibits taxpayers from decoupling, meaning they have to pick the standard deduction or itemization on both their federal and state income tax forms. In addition, $24 million in income taxes would be avoided by Kansas corporations who repatriate revenue held overseas.

It would make business expenses on meals tax deductible. It would clarify the federal Paycheck Protection Program loans during the COVID-19 pandemic would be exempt from taxation. The bill also would make clear Kansans victimized during the pandemic by unemployment insurance fraud wouldn’t be held liable for taxes on bogus payments to identity theft criminals.

Kelly said during a news conference before the Senate debate that the state needed to provide income tax relief to a broad swath of Kansans. She said she was concerned with the appetite of Republicans’ to strip the state of revenue and potentially force cuts in the budget for basic operations of the state. She also made reference to the 2012 effort by Brownback to eliminate the state’s income tax.

“We have seen what happens in Kansas when reckless tax cut bills are passed,” Kelly said. “Our schools, our roads, our pension system, our mental health and other safety net services take the hit. It is unthinkable that legislative leadership, during a health and economic crisis the likes of which we haven’t seen for 100 years, when we are trying to steer Kansas toward recovery from the pandemic, that they would even consider such action.”

KANSAS CITY, Mo. — The environment, children and smoking are issues Vari Patel and three other teens from the Kansas City metro felt needed attention so people can live healthier lives. "And when … END_OF_DOCUMENT_TOKEN_TO_BE_REPLACED

KANSAS CITY, Mo. — Kansas City, Missouri, Mayor Quinton Lucas confirmed Monday not only that he’d been married earlier this month — but that he and his wife welcomed a baby boy, too. In a post to … END_OF_DOCUMENT_TOKEN_TO_BE_REPLACED

KANSAS CITY, Mo. — Kansas City, Missouri, leaders once again will look into renaming city streets in honor of Dr. Martin Luther King Jr. The city's Board of Parks and Recreation Commissioners will … END_OF_DOCUMENT_TOKEN_TO_BE_REPLACED