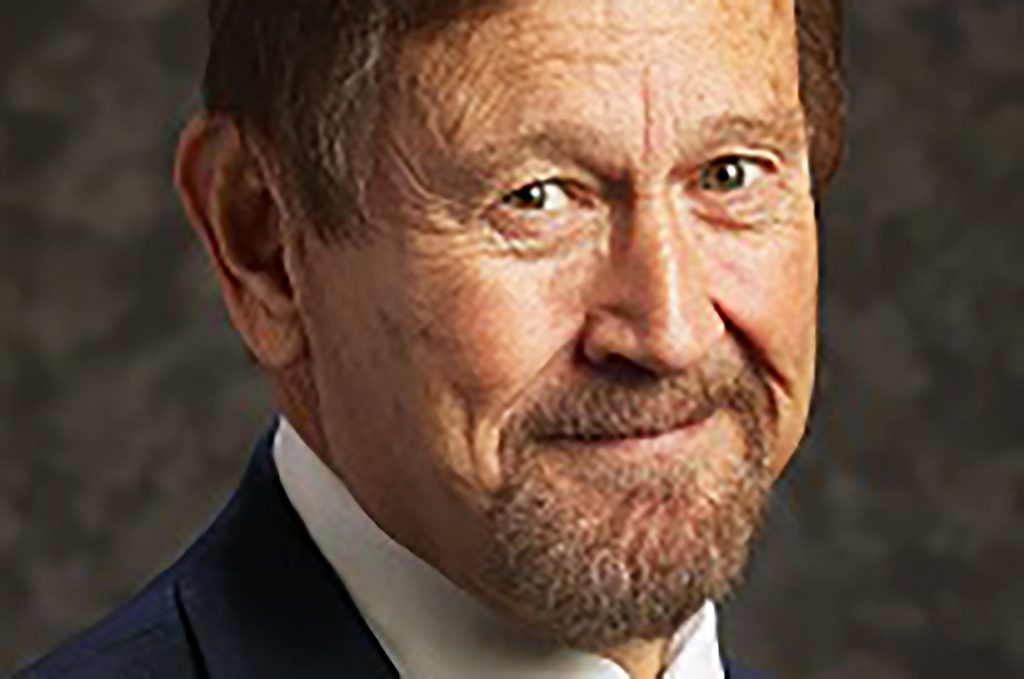 TOPEKA — Dodge City state Sen. Bud Estes will be remembered as a kind and thoughtful citizen-legislator in Topeka and dedicated public servant for constituents in southwest Kansas, politicians of both political parties said Saturday.

Estes, 74, served in the Kansas House before elected to the Senate in 2016. The senator was re-elected in November with nearly 70% of the vote while battling a longstanding illness.

“Our hearts are heavy today upon learning about the passing of our dear friend and colleague,” said Senate President Ty Masterson. “Bud has a kind and gentle spirit and was well respected by all who served with him in the Legislature.”

Masterson said the Republican senator took great pride in his job at the Capitol and working on behalf of consituents in Dodge City and Liberal in southwest Kansas. Estes also served as mayor of Bucklin from 1976 to 1990. His family was in the farm machinery business.

“On behalf of all of us in the Kansas Senate, we offer our thoughts and prayers to his  beloved wife Renae and their entire family,” Masterson said.

Estes was chairman of the influential Senate Federal and State Affairs Committee and vice chair of the Senate Agriculture and Natural Resources Committee. He had been absent during the 2021 session that began in January, but was sworn into office at a private ceremony in Dodge City. In June 2020, Estes said he had weathered a bout with COVID-19.

Gov. Laura Kelly directed U.S. flags lowered to half-staff at all state buildings, grounds and facilities in Kansas from Saturday until the day of Estes’ interment. The Democratic governor said she was saddened to learn of Estes’ death and said his legacy of public service to southwest Kansas would live on.

State Treasurer Lynn Rogers, a Democrat and former member of the state Senate from Wichita, also expressed sympathy for the Estes family.

“We may not have always agreed, but we could always talk and his voice, on the floor and in our lives, will be missed,” Rogers said.

Kansas Attorney General Derek Schmidt, another former state senator, said Estes was dedicated citizen-legislator, motivated to public service by the blessings of a lifetime, always proud to share the wonders of Southwest Kansas with friends from around the state.” He also said the “stars in the western Kansas sky will flicker a bit less brightly” in Estes’ absence.

In legislative campaigns, Estes said public policy should be guided by a respect for ways in which families could flouish.

“I know that our children are key to our future. I will work for policies that reduce bureaucracy, reward excellence and ensure that our education dollars make it into the classroom where they belong,” he said.

Estes said the state government had to be as efficient with tax collars as a senior living on a fixed income. He viewed agriculture as the backbone of the state’s economy and pledged to fight for his family farm neighbors by “holding the line on taxes and oppressive government regulations.”

In a since-deleted tweet responding to a question about a potential contract extension for Kansas City Chiefs safety Tyrann Mathieu, Mathieu tweeted that he's "probably not" going to get a new deal in … END_OF_DOCUMENT_TOKEN_TO_BE_REPLACED

KANSAS CITY, Mo. — A manhole left uncovered is the source of concern after a woman damaged her car in Kansas City. The single-car crash happened at 11th Street and Tracy Avenue during the busy … END_OF_DOCUMENT_TOKEN_TO_BE_REPLACED

Kansas City, Missouri's COVID-19 emergency order was set to expire at the end of the month. But Mayor Quinton Lucas made it clear Friday that private businesses can still set their own rules.Any … END_OF_DOCUMENT_TOKEN_TO_BE_REPLACED

KANSAS CITY, MO (KCTV/AP) — All restrictions meant to slow the spread of the coronavirus were being rescinded as of midday Friday in Kansas City, Missouri, following guidance from the U.S. Centers for … END_OF_DOCUMENT_TOKEN_TO_BE_REPLACED