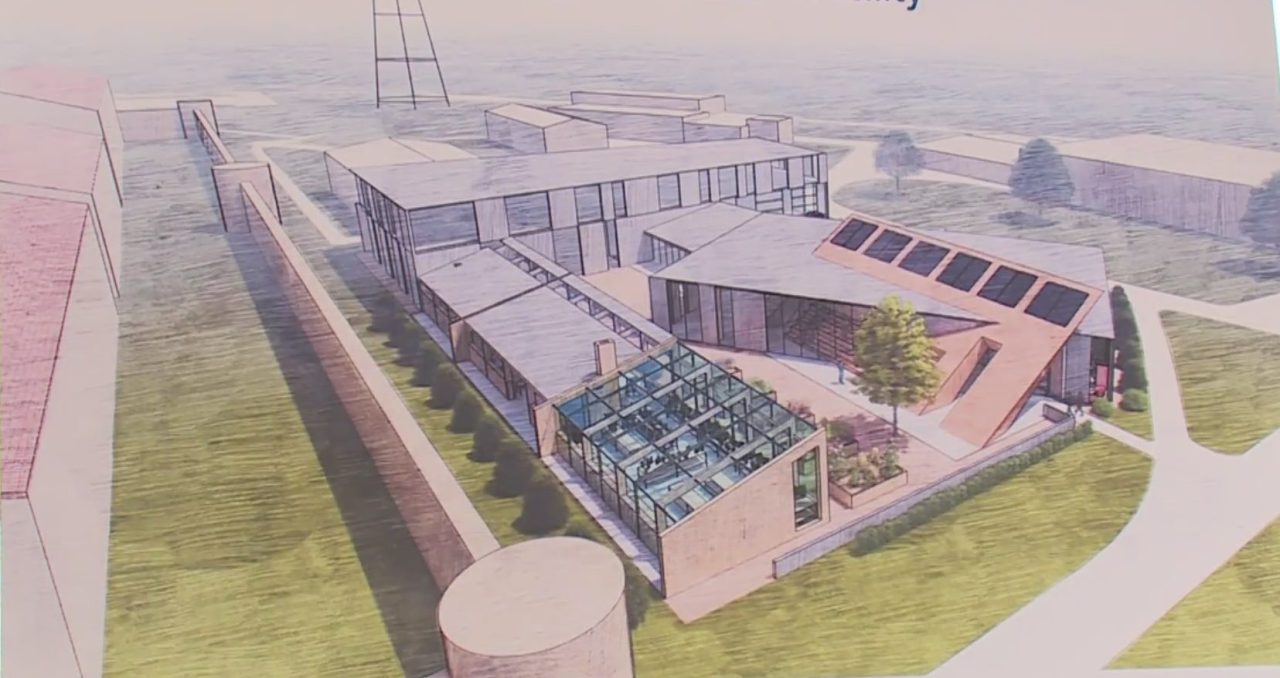 LANSING, Kan. — A new college campus could be coming to the Kansas City area in a place you might not expect.

The Kansas Department of Corrections wants to build a career campus on the grounds at Lansing Correctional Facility’s maximum/medium security unit.

According to KDOC, 98% of people incarcerated at the facility currently will be returning to society one day, and they need the education and skills to help them from returning to criminal behavior.

On Tuesday, outside the new minimum security facility at Lansing Correctional, Kansas Gov. Laura Kelly helped cut the ribbon on a 776-square-foot modular classroom where inmates can work toward certificates, programs and college degrees in programs like coding.

“Unfortunately, when those designs were done, they didn’t create space to create these kinds of education training programs within those types of structures,” Kelly said.

But the Kansas Department of Corrections and a coalition of nonprofit and private innovators from the Kansas City area are collaborating to fund, build and equip a 4,500-square-foot, first-of-its-kind building in the state on the grounds of maximum/medium security prison.

“Now it’s bringing the college experience to them so they are going to have that campus experience not just that student experience,” said Dr. Cris Fanning, KDOC Director of Education.

The first step toward raising the estimated $25-30 million to build it was Tuesday’s ceremonial signing of House Bill 2401. The bill authorizes the corrections secretary to enter into agreements for public-private partnerships for education projects at correctional institutions and establishes a nonprofit corporation to receive donations.

“We release 6,000 people every year, so we have a lot of people to prepare so they can be successful people in the community and be good neighbors for all of us,” KDOC Secretary Jeff Zmuda said.

Supporters say half of the people who return to prison are unemployed at the time, and by educating prisoners, they’ll not only cut down on recidivism, but also help fill many of the jobs in the labor shortage right now.

There’s no timetable for when they might have the money to build the new career campus. For now, they’re concentrating on adding wi-fi to the residential living areas, so inmates can continue to learn on approved devices outside of the classroom.

In a since-deleted tweet responding to a question about a potential contract extension for Kansas City Chiefs safety Tyrann Mathieu, Mathieu tweeted that he's "probably not" going to get a new deal in … END_OF_DOCUMENT_TOKEN_TO_BE_REPLACED

KANSAS CITY, Mo. — A manhole left uncovered is the source of concern after a woman damaged her car in Kansas City. The single-car crash happened at 11th Street and Tracy Avenue during the busy … END_OF_DOCUMENT_TOKEN_TO_BE_REPLACED

Kansas City, Missouri's COVID-19 emergency order was set to expire at the end of the month. But Mayor Quinton Lucas made it clear Friday that private businesses can still set their own rules.Any … END_OF_DOCUMENT_TOKEN_TO_BE_REPLACED

KANSAS CITY, MO (KCTV/AP) — All restrictions meant to slow the spread of the coronavirus were being rescinded as of midday Friday in Kansas City, Missouri, following guidance from the U.S. Centers for … END_OF_DOCUMENT_TOKEN_TO_BE_REPLACED