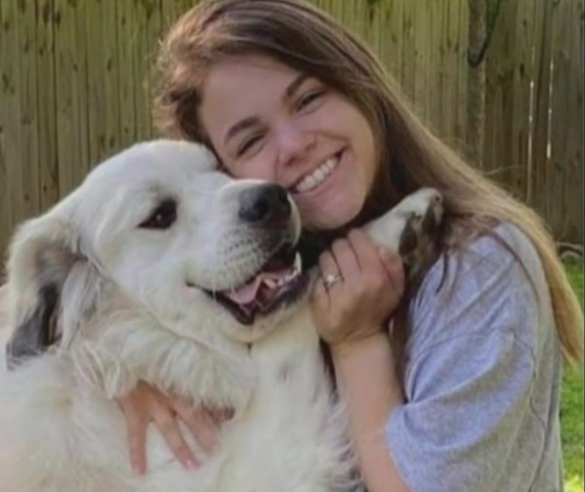 WICHITA, Kan. (KSNW) — A man who recently lost his wife in a crash has opened up about the loss and the legacy she leaves behind.

Twenty-two-year-old Samantha Russell’s catchphrases were “life is good” and “make good choices.” Her mom, Lischen Castorena, and dad, Roger Castorena, said she had many goals, every one of which she and her husband, Brandon Russell, were accomplishing.

Russell’s parents said that drive and personality are what they miss the most. Not only that but also her dance moves.

“She can’t dance,” said Lischen Castorena. “Her dad can dance.”

“We’d end up dancing every night because that’s what she loved doing,” said Roger Castorena.

Samantha Russell also shared a special bond with her dog, Beau. Brandon Russell said he always supported her, but now, he will be there to support Beau.

“He’s always been there for Samantha. He cuddled with her every night,” said Brandon. “Beau is going to be here for me now.”

They remembered how organized and prepared she was to have her first baby.

“The nursery is adorable, everything was perfect, and I’d say, how about this Samantha? What do you think of this? She said, ‘oh, doesn’t fit the aesthetic mom,’” said Lischen Castorena. “She knew what she wanted, and she wasn’t afraid to say that’s not going to be put on my baby.”

“I was not allowed to touch the nursery unless I was putting the swing up,” said Russell. 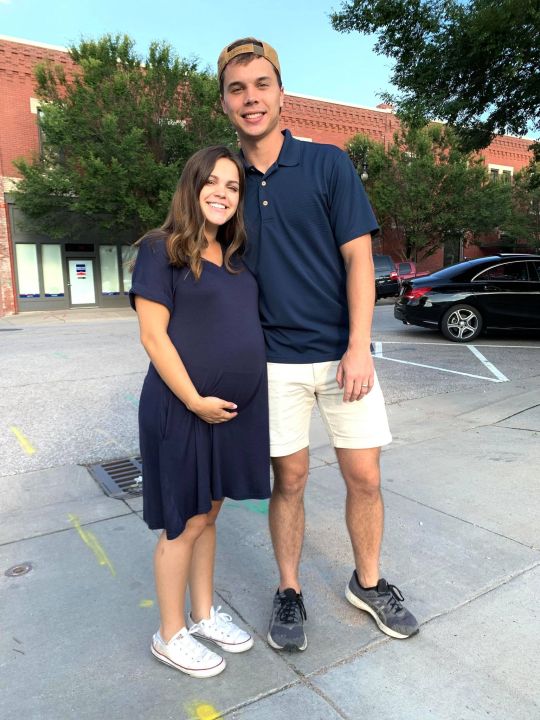 Her dad remembered how proud she was of the stroller. “She made me push it around the house,” said Roger Castorena.

Lischen Castorena said she and Brandon were very family-oriented, visiting any chance they had.

The two were high school sweethearts. She even supported Brandon’s decision to enlist in the Kansas Air National Guard.

“She was amazing and everything I ever wanted or could ask for,” said Russell.

Hours before the crash, Samantha Russell pushed him for a kiss goodbye before she left the house.

“I had just got home from work, and she was in the kitchen making casserole, our favorite casserole that we both enjoyed so much, we could probably eat that whole dish in one sitting,” he said. “I got home and decided I needed a nap and was going back to our room, and she said, ‘You’re not going to see me when you wake up, you’re not going to hug and kiss me,’ and I instantly turned around and hugged and kissed.”

Russell added, “She says, ‘I shouldn’t have to ask for these things,’ like every wife does, but I had no idea that would be the last thing she told me.”

It is his greatest heartbreak, but it was coupled with his greatest blessing of becoming a father to a baby boy. 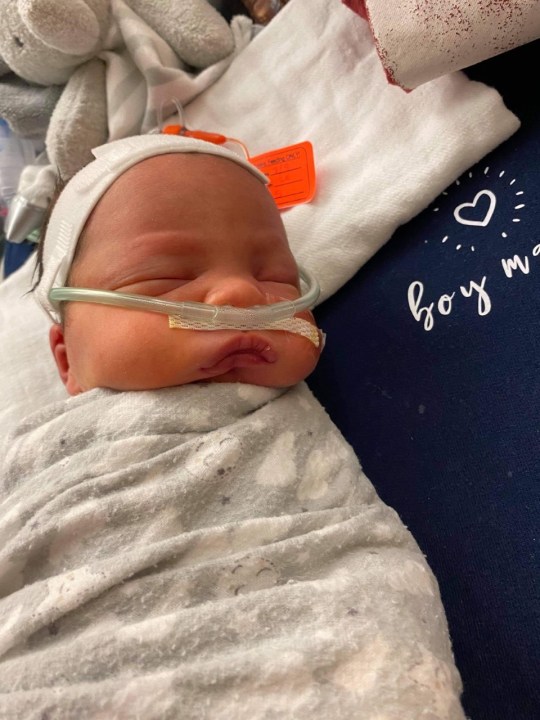 “I am going to look at him every day and think of Samantha,” he said. ”I think it’s important to talk about his mom and how wonderful and great she was because he is going to have some pretty high standards.”

Baby Mac is still in the hospital. Russell said there are still several things he needs to overcome, but Mac has opened his eyes, is waving his arms around and is full of energy.

“At the end of the day, I am grateful I at least have Mac. I’m just grateful,” said Russell.

Russell is also shocked by the outpour of support from a GoFundMe fundraiser. He said the fundraiser will help Mac have a good childhood, get him through school, and maybe even college.

“Our house is packed full, and I was looking at the registry last night, and I think the only thing left was a little hat for him. Don’t get it, we can get it, but yeah, it’s just amazing,” said Brandon. “We didn’t expect that kind of response from people all around the world just handing me money. I was not ready for that. I don’t think any of us were, and I don’t know how I could ever repay and just give my thanks.”

As for Samantha Russell’s parents, they plan to follow around Brandon to support their new grandson.

“I think she’s very happy looking down at her son. You know, when we’re there (at the hospital), we feel like she’s there with us, and she’s very proud,” said Roger Castorena. “I think she’s going to be happy to watch him get raised, and we’re going to support Brandon every day and enjoy raising little Mac,” said Roger.

Russell said all the family needs now is prayers that Mac will come out of the hospital in three weeks.

He also said if any witnesses saw the crash, he would like for them to reach out. This comes as they search for answers about that fatal day.

In a since-deleted tweet responding to a question about a potential contract extension for Kansas City Chiefs safety Tyrann Mathieu, Mathieu tweeted that he's "probably not" going to get a new deal in … END_OF_DOCUMENT_TOKEN_TO_BE_REPLACED

KANSAS CITY, Mo. — A manhole left uncovered is the source of concern after a woman damaged her car in Kansas City. The single-car crash happened at 11th Street and Tracy Avenue during the busy … END_OF_DOCUMENT_TOKEN_TO_BE_REPLACED

Kansas City, Missouri's COVID-19 emergency order was set to expire at the end of the month. But Mayor Quinton Lucas made it clear Friday that private businesses can still set their own rules.Any … END_OF_DOCUMENT_TOKEN_TO_BE_REPLACED

KANSAS CITY, MO (KCTV/AP) — All restrictions meant to slow the spread of the coronavirus were being rescinded as of midday Friday in Kansas City, Missouri, following guidance from the U.S. Centers for … END_OF_DOCUMENT_TOKEN_TO_BE_REPLACED