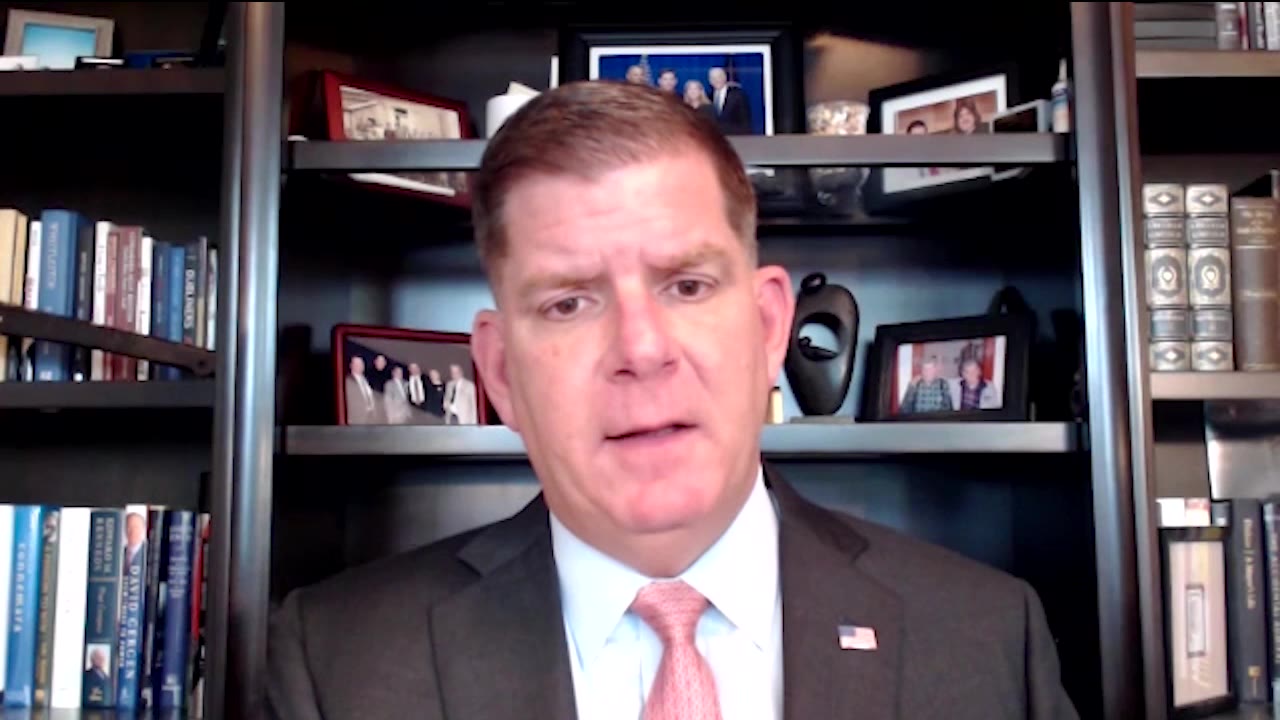 TOPEKA, Kan. — Congress is working on a large infrastructure plan, and the Biden administration is touting the number of jobs that could come with it.

President Joe Biden originally laid out a $2 trillion proposal called the American Jobs Plan, but talks of a compromise fell apart with Republicans last week. That plan includes money for more than just roads and bridges.

“I definitely think the job training, workforce development aspect of this bill is important for Kansas and the region,” said United States Labor Secretary Marty Walsh.

He said the plan includes things like childcare and improving drinking water quality. He said for Kansas, creating more business apprenticeships and increasing access to the internet will help address the worker shortage in the state.

“To capitalize on young people that come to college, to keep them there, to look at emerging industries, to create opportunities. People are going to follow where the jobs are,” Walsh said.

When asked about the back and forth between Governor Laura Kelly and legislative leaders about whether to keep extra federal unemployment benefits, Walsh said the dollars need to remain in place even as some are blaming the money on companies struggling to find employees.

“Because there is still people that need it, and I think that the extra $300, and in the CARES Act, the extra 600 dollars, it was needed because of extraordinary times,” he said.

In a since-deleted tweet responding to a question about a potential contract extension for Kansas City Chiefs safety Tyrann Mathieu, Mathieu tweeted that he's "probably not" going to get a new deal in … END_OF_DOCUMENT_TOKEN_TO_BE_REPLACED

KANSAS CITY, Mo. — A manhole left uncovered is the source of concern after a woman damaged her car in Kansas City. The single-car crash happened at 11th Street and Tracy Avenue during the busy … END_OF_DOCUMENT_TOKEN_TO_BE_REPLACED

Kansas City, Missouri's COVID-19 emergency order was set to expire at the end of the month. But Mayor Quinton Lucas made it clear Friday that private businesses can still set their own rules.Any … END_OF_DOCUMENT_TOKEN_TO_BE_REPLACED

KANSAS CITY, MO (KCTV/AP) — All restrictions meant to slow the spread of the coronavirus were being rescinded as of midday Friday in Kansas City, Missouri, following guidance from the U.S. Centers for … END_OF_DOCUMENT_TOKEN_TO_BE_REPLACED