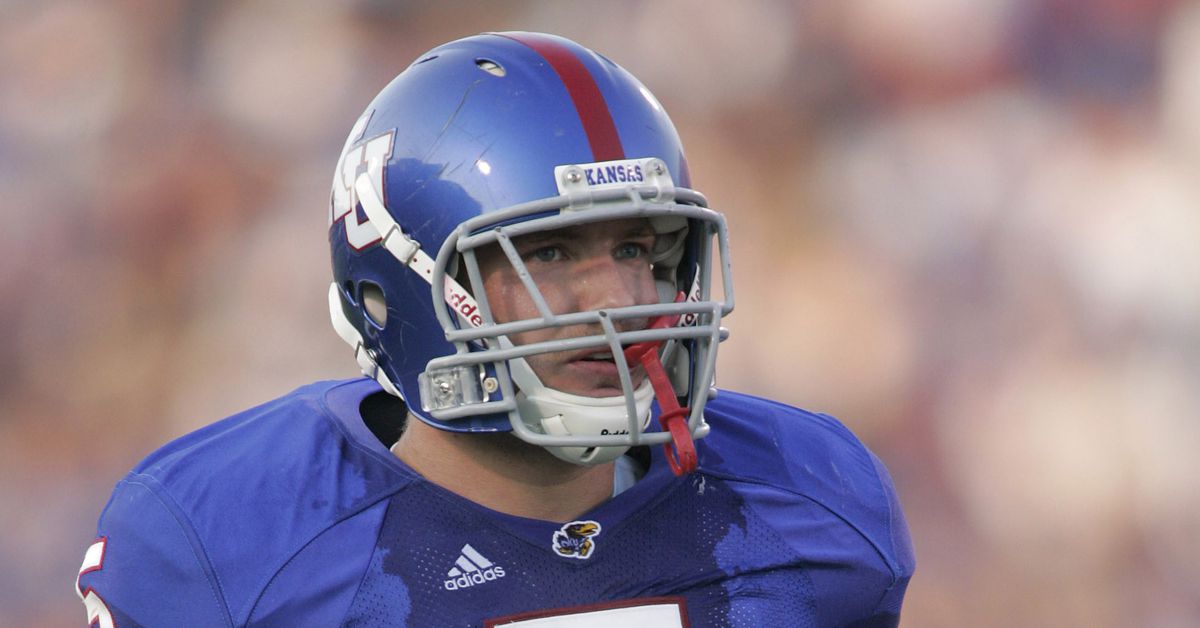 To be explicitly clear, we at Rock Chalk Talk are not reporting that anyone has been selected to be the next Athletic Director at the University of Kansas. The purpose of this article is to highlight the increasing amount of smoke around former Jayhawk linebacker Banks Floodman becoming the next AD.

Mike Vernon was among the first to indicate that Jeff Long was on his way out, so his words have some credibility on the AD front. Here’s what he had to say Thursday evening:

WHAT I’M HEARING ON THE KU AD FRONT:

Banks Floodman has the momentum

Tully Corcoran, a Kansas alum with a background in sports writing, not-so-cryptically suggested the same:

While Floodman has no direct experience as an athletic director, he is not without administrative experience in the department. He started work at KU under former AD Lew Perkins as Associate Athletic Director for Development in 2008, a role that focused on fundraising for both annual donations and capital projects. Floodman was reportedly the driving force behind the construction of the DeBruce Center, home to the original rules of basketball, and the $2M upgrade to the Anderson Football Complex in 2016, his last project before leaving Lawrence.

By the end of his time in the athletic department, he held the title of Senior Associate Athletic Director for Revenue Development, and spent three years as the head of the Williams Fund. However, since 2016 Floodman has been with a Kansas City-based real estate company.

Floodman is a Wichita native and KU alum who played for four years under Mark Mangino – three of those years as a team captain. He holds degrees in Economics, Sports Administration, and Finance.

The next Athletic Director will be in charge of hiring a new football coach, a search that already started when Jeff Long hired a search firm just prior to his departure. However, the football hire could quickly take a back seat to more pressing issues should Kansas lose its appeal over allegations that arose from the infamous Adidas trial.

Should that happen, the next AD will have to navigate what would likely be severe penalties enforced on the basketball program, and in a worst case scenario, even make some tough decisions about the future of head coach Bill Self. To put it mildly, it’s especially important that whoever is hired be ready to tackle some serious responsibilities out of the gate.

For now, all we have is some informed rumors. Stay tuned to Rock Chalk Talk for updates as it sounds like Kansas may be poised to make a choice fairly soon.

In a since-deleted tweet responding to a question about a potential contract extension for Kansas City Chiefs safety Tyrann Mathieu, Mathieu tweeted that he's "probably not" going to get a new deal in … END_OF_DOCUMENT_TOKEN_TO_BE_REPLACED

KANSAS CITY, Mo. — A manhole left uncovered is the source of concern after a woman damaged her car in Kansas City. The single-car crash happened at 11th Street and Tracy Avenue during the busy … END_OF_DOCUMENT_TOKEN_TO_BE_REPLACED

Kansas City, Missouri's COVID-19 emergency order was set to expire at the end of the month. But Mayor Quinton Lucas made it clear Friday that private businesses can still set their own rules.Any … END_OF_DOCUMENT_TOKEN_TO_BE_REPLACED

KANSAS CITY, MO (KCTV/AP) — All restrictions meant to slow the spread of the coronavirus were being rescinded as of midday Friday in Kansas City, Missouri, following guidance from the U.S. Centers for … END_OF_DOCUMENT_TOKEN_TO_BE_REPLACED