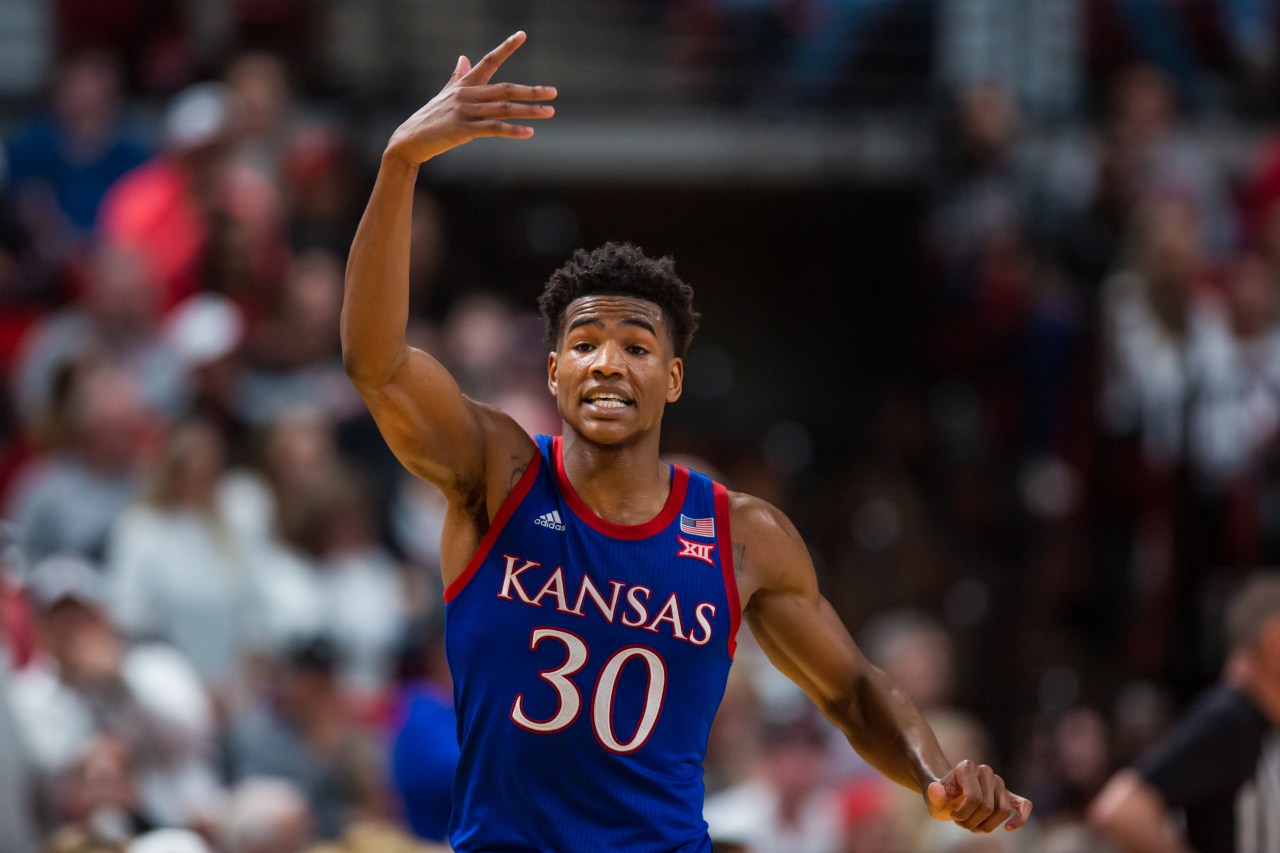 LAWRENCE, Kan. — Kansas guard Ochai Agbaji has reportedly withdrawn from the NBA Draft and will return to play for the Jayhawks for his senior season.

Breaking: Ochai Agbaji will withdraw from the NBA draft and return to Kansas for his senior season, a source told ESPN. Agbaji, one of the best defenders in college basketball, is a potential first round pick in 2022. https://t.co/vqJqbGUVkr

Agbaji had declared for the draft after a season where he earned Academic All-Big 12 First Team, All-Big 12 honorable mention honors as well as 14.1 points and 3.5 rebounds per game.

In April, Agbaji decided to pursue a career in the NFL, while still maintaining his collegiate eligibility if he decided to return.

“He will sign with an agent, but will continue follow the guidelines set by the NCAA and NBA to protect his collegiate eligibility,” head coach Bill Self said after Agbaji’s decision to enter the draft. “Och will be able to gain great insight on what areas he needs to work on which could improve his draft stock. I know that will be beneficial for him this year before he decides whether he should come back or remain in the NBA Draft process.”

In a since-deleted tweet responding to a question about a potential contract extension for Kansas City Chiefs safety Tyrann Mathieu, Mathieu tweeted that he's "probably not" going to get a new deal in … END_OF_DOCUMENT_TOKEN_TO_BE_REPLACED

KANSAS CITY, Mo. — A manhole left uncovered is the source of concern after a woman damaged her car in Kansas City. The single-car crash happened at 11th Street and Tracy Avenue during the busy … END_OF_DOCUMENT_TOKEN_TO_BE_REPLACED

Kansas City, Missouri's COVID-19 emergency order was set to expire at the end of the month. But Mayor Quinton Lucas made it clear Friday that private businesses can still set their own rules.Any … END_OF_DOCUMENT_TOKEN_TO_BE_REPLACED

KANSAS CITY, MO (KCTV/AP) — All restrictions meant to slow the spread of the coronavirus were being rescinded as of midday Friday in Kansas City, Missouri, following guidance from the U.S. Centers for … END_OF_DOCUMENT_TOKEN_TO_BE_REPLACED