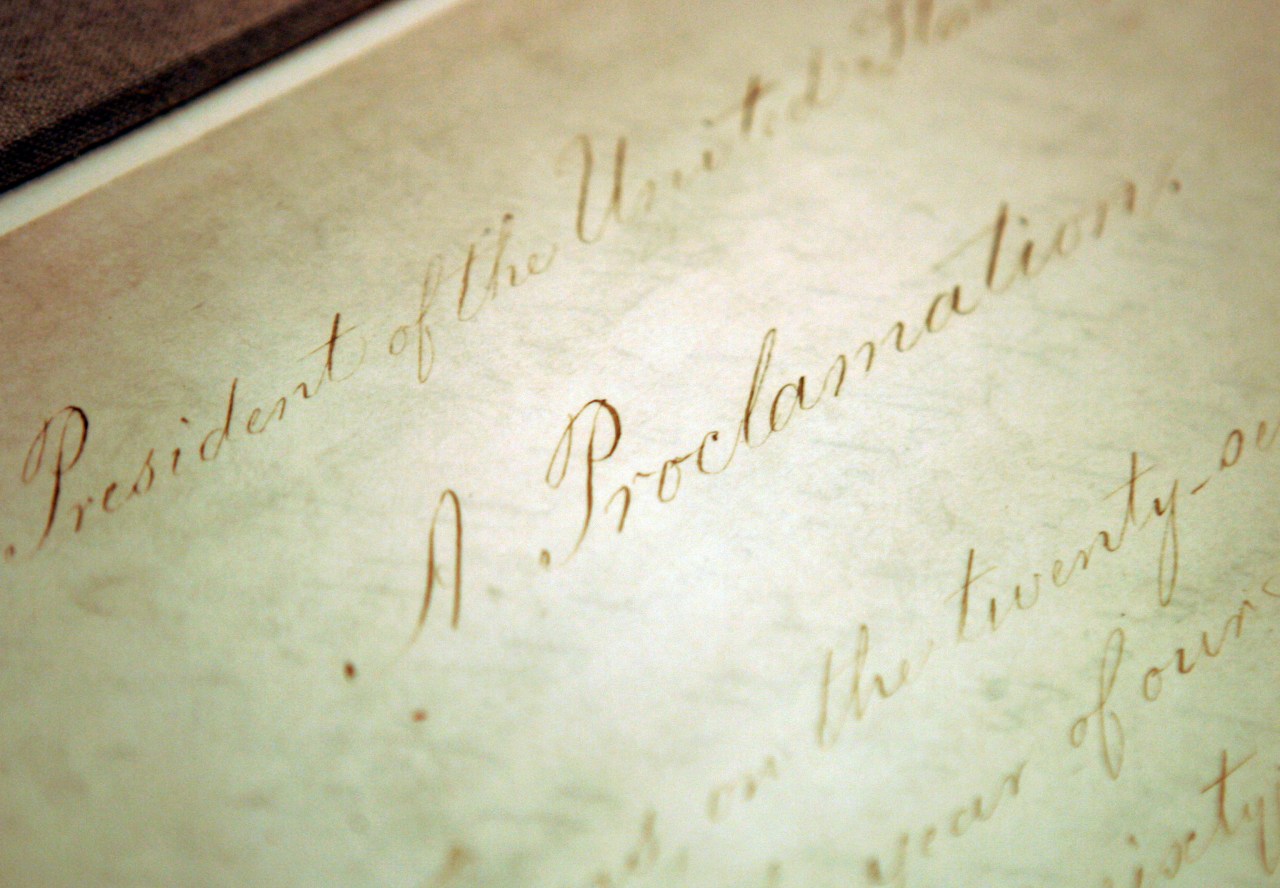 TOPEKA — Kansas Governor Laura Kelly took time to honor Juneteenth, a day that marks the last slaves in the United States learning they’d been freed, by signing a proclamation on Wednesday.

“Today’s proclamation and the spirit of Juneteenth serve as a reminder that, while we have come a long way in our efforts to promote equity and justice, there is work left to do,” Governor Kelly said. “As we celebrate the end of slavery in the United States and learn more about our nation’s history, Juneteenth is also an opportunity to recommit ourselves to making Kansas a better place for all to call home.”

The upcoming holiday takes place on Saturday, June 19, KSNT reported. Its goal is to celebrate the freedom of those who had been enslaved in the United States.

The proclamation states that the Emancipation Proclamation, which freed enslaved peoples living in the Confederacy, was enacted and took effect on January 1, 1863. It was not until over two years later, on June 19, 1865, that the news of this freedom finally reached enslaved people living in Galveston, Texas. This prompted the newly-freed people to celebrate, coining the day Emancipation Day, also known as Jubilee or Juneteenth.

This comes as a bill to recognize Juneteenth as a national holiday has passed both the U.S. Senate and House of Representatives. The bill now awaits President Biden’s signature.

Leaders like Dr. DeAngela Burns-Wallace, Secretary of the Kansas Department of Administration and Chief Information Technology Officer, and Stacey Knoell, Executive Director of the Kansas African American Affairs Commission, stressed the importance of celebrating the history of Juneteenth, while speaking at the governor’s event.

Governor Kelly was also joined by Norma Avery, President of the Topeka Family and Friends Juneteenth Celebration Corporation as she signed the proclamation.

All but four US states celebrate Juneteenth as a holiday

“We are trying to teach all kids and adults, what Juneteenth means, the importance of it, and why we celebrate it,” Avery said.

The group has hosted several community events in the days leading up to Juneteenth. On Friday, they plan to host a celebration concert at Evergy Plaza in downtown Topeka, and another event at Hillcrest Community Center and Park on Saturday.

In a since-deleted tweet responding to a question about a potential contract extension for Kansas City Chiefs safety Tyrann Mathieu, Mathieu tweeted that he's "probably not" going to get a new deal in … END_OF_DOCUMENT_TOKEN_TO_BE_REPLACED

KANSAS CITY, Mo. — A manhole left uncovered is the source of concern after a woman damaged her car in Kansas City. The single-car crash happened at 11th Street and Tracy Avenue during the busy … END_OF_DOCUMENT_TOKEN_TO_BE_REPLACED

Kansas City, Missouri's COVID-19 emergency order was set to expire at the end of the month. But Mayor Quinton Lucas made it clear Friday that private businesses can still set their own rules.Any … END_OF_DOCUMENT_TOKEN_TO_BE_REPLACED

KANSAS CITY, MO (KCTV/AP) — All restrictions meant to slow the spread of the coronavirus were being rescinded as of midday Friday in Kansas City, Missouri, following guidance from the U.S. Centers for … END_OF_DOCUMENT_TOKEN_TO_BE_REPLACED