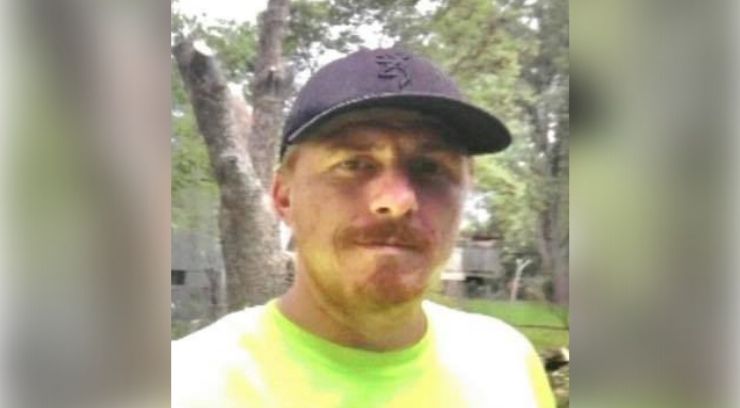 PAOLA, Kan. — A Johnson County family is hoping you may have the answer about what happened to their loved one. Kyle Dunivan, 31, was last seen one year ago. Wednesday evening they held a balloon release to keep his memory alive.

“Kyle, we love you. Come back home,” his great aunt, Jeanette Eker said.

On June 30, 2020 Dunivan was last seen in Kansas City, Kansas. He was staying with a co-worker, but started calling family members needing a ride to work the next day. Then, the last call he made was for help.

“911 was the last place he called according to the records and that’s all we know,” Eker said.

He didn’t show up for work as a tree trimmer, and no one has heard from him since. One year since his dissapearance his family and friends came together to remember him. They fear he may be gone forever.

His best friend, Tyler Henley said Dunivan loved his children, and couldn’t leave them for this long.

Eker says they filed a missing person’s report with Olathe Police. One week ago, the remains of a man were found in KCK near where Dunivan was last seen. They are still waiting to hear if Dunivan was finally found.

“Every time you hear on the news where a body’s been found you kind of hope that it’s him, and then you don’t hope that it’s him. We need some kind of closure, because we don’t have closure right now,” Eker said.

“You can’t say rest in peace if you don’t know what happened. I have a feeling it is, because he was hanging out with someone right in that area, and that was the last place he was known to be,” Henley said

While the family holds out hope they may see him again, they are grateful for the time they were able to be with him.

“Devastating. I feel horrible for his family. He was like my brother,” Henley said.

KCK Police say it will take about two weeks to identify the remains. If you have any information about what may have happened to Dunivan you are asked to call the Olathe Police where he was reported missing.

In a since-deleted tweet responding to a question about a potential contract extension for Kansas City Chiefs safety Tyrann Mathieu, Mathieu tweeted that he's "probably not" going to get a new deal in … END_OF_DOCUMENT_TOKEN_TO_BE_REPLACED

KANSAS CITY, Mo. — A manhole left uncovered is the source of concern after a woman damaged her car in Kansas City. The single-car crash happened at 11th Street and Tracy Avenue during the busy … END_OF_DOCUMENT_TOKEN_TO_BE_REPLACED

Kansas City, Missouri's COVID-19 emergency order was set to expire at the end of the month. But Mayor Quinton Lucas made it clear Friday that private businesses can still set their own rules.Any … END_OF_DOCUMENT_TOKEN_TO_BE_REPLACED

KANSAS CITY, MO (KCTV/AP) — All restrictions meant to slow the spread of the coronavirus were being rescinded as of midday Friday in Kansas City, Missouri, following guidance from the U.S. Centers for … END_OF_DOCUMENT_TOKEN_TO_BE_REPLACED