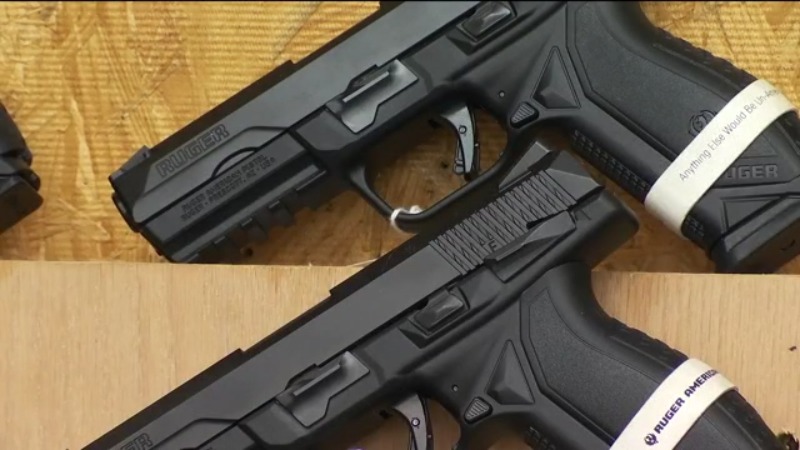 TOPEKA, Kan. — More young people in Kansas are able to concealed carry because of a new law that just went into effect.

A new Kansas law requires them to go through an eight-hour training class. They learn about handgun safety, how to store them, use of deadly force, legal issues and even have to hit 18 of 25 total targets at 3, 7, and 10 yards.

“By attending this class, at least they’re showing that responsibility to be able to do it and that’s the way I look at that,” Patterson said. “Does that mean that everybody should be carrying a gun? No, I’m not going to say there is. But you got to take the rights steps to achieve that.”

Eighteen to 20-year-olds need to get a license if they want to concealed carry. People 21 and up don’t need one, but there are still many that do.

“Making sure people are safe with their weapons and following the law,” Patterson said about what the class teaches.

The legislature passed the law after Governor Laura Kelly vetoed it earlier this year. Lawmakers argued it’s good to get more young people educated about guns.

Though 18 to 20-year-olds can concealed carry, federal law prevents stores from selling handguns and handgun ammunition to people under 21. They can receive them as gifts and through private deals.

In a since-deleted tweet responding to a question about a potential contract extension for Kansas City Chiefs safety Tyrann Mathieu, Mathieu tweeted that he's "probably not" going to get a new deal in … END_OF_DOCUMENT_TOKEN_TO_BE_REPLACED

KANSAS CITY, Mo. — A manhole left uncovered is the source of concern after a woman damaged her car in Kansas City. The single-car crash happened at 11th Street and Tracy Avenue during the busy … END_OF_DOCUMENT_TOKEN_TO_BE_REPLACED

Kansas City, Missouri's COVID-19 emergency order was set to expire at the end of the month. But Mayor Quinton Lucas made it clear Friday that private businesses can still set their own rules.Any … END_OF_DOCUMENT_TOKEN_TO_BE_REPLACED

KANSAS CITY, MO (KCTV/AP) — All restrictions meant to slow the spread of the coronavirus were being rescinded as of midday Friday in Kansas City, Missouri, following guidance from the U.S. Centers for … END_OF_DOCUMENT_TOKEN_TO_BE_REPLACED