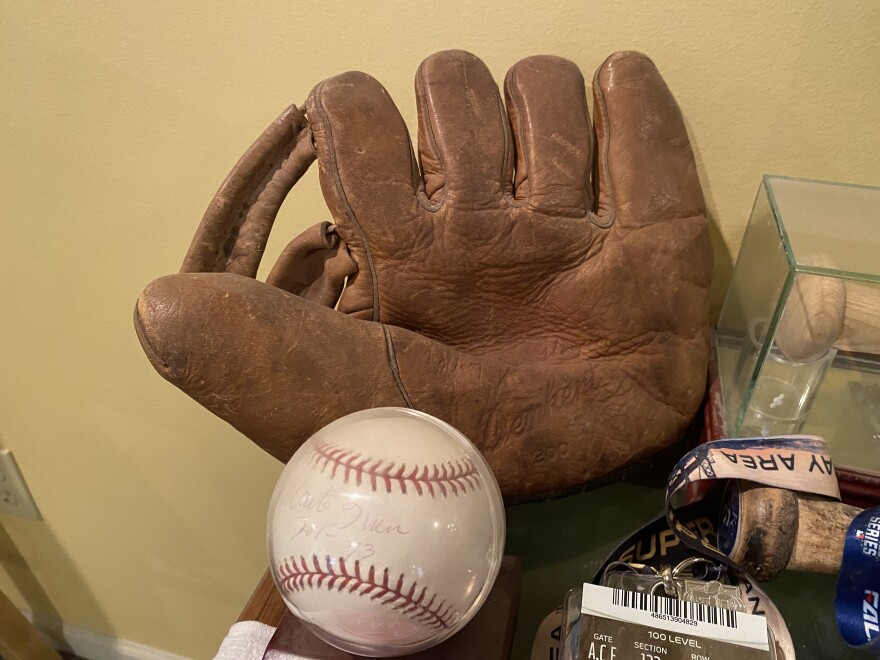 Charlie J. Harris and his wife, Vickie, intentionally designed their spacious suburban home as a welcoming space for their two girls, family and friends.

“The idea was to build it so it was very open, (so when you) walked in the house you felt like ‘I’m comfortable here,’” he said, as we sat on stools at the kitchen island, Harris holding on to one of their two large dogs that were barking with excitement at the sight of a new person.

Harris is an employment and commercial litigator, and a name partner in the Kansas City firm of Seyferth Blumenthal & Harris. After graduating from UMKC Law School where he was on the Law Review, he clerked for Federal Judge Fernando Gaitan of the Western District of Missouri. He later became the first African American president of the Missouri Bar.

But Harris is much more than an attorney. He’s a renaissance man with wide reaching passions and talent.

For example, he loves cars.

Harris spends Saturday monrings maintaining his 1965 Corvette and a 1964 Mustang, one of his many hobbies. He says he likes to win, and took a blue ribbon when he entered this care in a national Corvette restoration contest.

Every Saturday morning finds him tinkering with his 1965 fire-engine red Corvette, gleaming like a life-size, motorized Christmas tree ornament in his garage. He roars the engine to clean out the gas.

“When I was a little kid, I always said, ‘Man, one of these days I’d love to own (a fast car,)” he said. “I like any car that looks fast when it’s sitting still.”

The car won a blue ribbon in a contest sponsored by the National Corvette Restoration Society.

He’s a crazy sports fan. His basement is lined with displays and framed memorabilia from icons of Kansas City baseball and football, including a glove used by players on the Kansas City Monarchs of the Negro Leagues Baseball fame.

Harris’ collection of sports memorabilia, including this glove used by the Kansas City Monarchs of the Negro Leagues, reflects the same passion he applies to his many avocations.

But music occupies more of what little spare time Harris has than any of his hobbies. He’s often in his elaborate home studio into the early hours of the morning, working with his high-end mics and mixers, composing on one of his bass, electric, or acoustic guitars.

“Music is all around you,” he said. “You just have to listen and interpret it.” 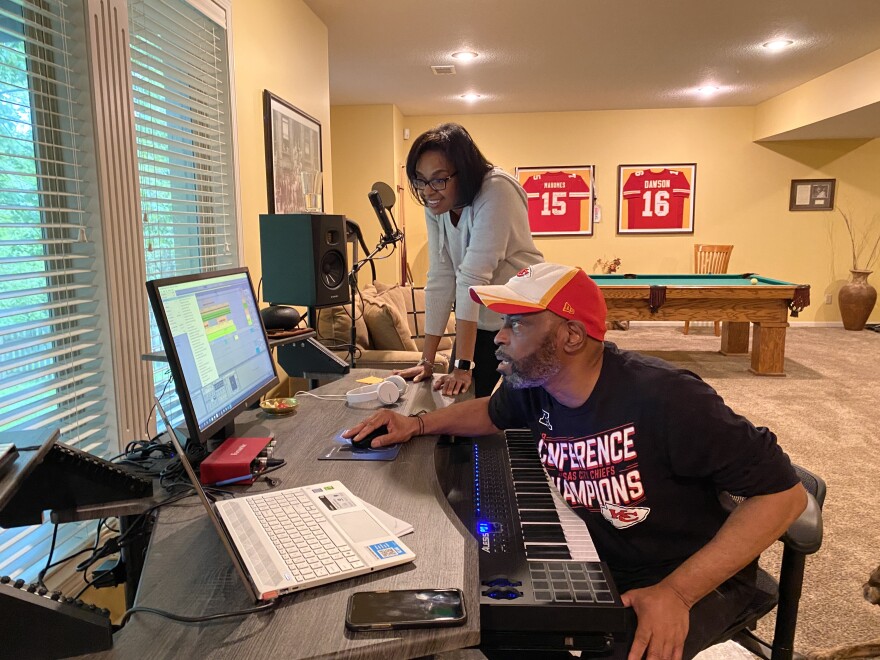 Harris’ wife Vickie, who owns her own company investigating and mediating claims of discrimination, often gives her husband feedback on his music. “She has a very creative side,” Harris says.

He’s formed a trio with a banjo player and percussionist who live in North Carolina. They’re called Chiliot, an amalgamation of their three names. The jazz-funk-folk-soul fusion trio has several recordings and comes together when they can to play at local coffee houses and bars.

Harris is proud of his success at work, but says faith, family, relationships and music are higher on his list of priorities.

“I would say my profession would be fifth,” he says.

Even so, he’s nationally recognized as a creative and tough trial lawyer as well as a valuable mediator. But, his climb to success has been marred by racial stereotyping and indignities, one of the first occurring when he started his career as a lawyer at a large Kansas City firm.

“I’d been on Law Review, been published, been the first African American to be a federal clerk, and in two or three days, someone is asking me to make copies,” he recalled.

Harris made the copies and neither of the men ever spoke of the incident again.

Harris and other Black professionals we spoke with say during the Trump presidency, this kind of suspicion accelerated. A 2019 Pew Research Study found that some two-thirds of Americans believe it’s become more common for people to make explicitly racist remarks.

A growing body of literature reflects barriers for Black men and women with ambitions to get to C-Suites, corner offices, or executive positions.

In 2020, Coqual , a global think tank dedicated to the workplace advancement of underrepresented communities, found that 65% of Black respondents said they have to work harder than their white colleagues to get ahead while less than a fourth – or 16% – of their white colleagues agreed. The takeaway: a white majority workplace may either not see racial barriers, or acknowledge they affect their colleagues of color.

And there is ample reporting on a lack of access to leadership and other barriers to advancement for Black and brown professionals.

Dr. Christy Pichichero, a professor of history and French and a Director of Faculty Diversity at George Mason University, has coined the phrase “discriminatory gaslighting,” to describe the chronic feeling of self-doubt and inadequacy such a discrepancy creates.

“This kind of difference in perception is a reason structural discrimination continues to exist,” she said.

Pichichero said her own experience fueled her research. She felt like an imposter as a student at Princeton, studying opera at the renowned Eastman School of music, pursuing her doctorate at Stanford, and, until recently, in high level academic positions.

“And that’s why I hope that for the Black community, this concept of ‘discriminatory gaslighting’ can be empowering,” she says, “to say nothing’s wrong with us! We have achieved these things. If we have moments of doubt and insecurity, it’s for a reason.”

Phil Spencer, CEO of a private equity venture, said he didn’t anticipate his reaction when he went to New York to execute his first deal. He had raised $35 million in equity and was asking some large New York banks to invest $55 million in capital.

“We get to New York and it’s on the 58th floor of the (General Electric) building,” he said. “We get into the room, typical mahogany wood paneling, and there’s 13 white males I’m looking at and they’re saying, ‘Tell me why we should give you $55 million?’”

At that point, Spencer says old tapes started playing in his mind.

“A bubble popped up on my head, and I don’t know where it came from,” he recalled, “but it just said, ‘You don’t belong here. You know, you’re from the ‘hood. Single mom. You’re a thug, a punk. You don’t have what it takes.’”

Before his presentation started, he excused himself and went to the restroom.

“I sat on the stool, and, I’m a believer so I prayed to God to help me,” he said. “I felt like I was going to collapse.”

All 13 bankers signed on to the deal, which was for $85 million. He says the current valuation for his business is in excess of $2 billion dollars.

But, the profiling has not subsided.

Last Christmas, he said he was at a formal event with his wife. He was in a tuxedo, and his wife wore a formal gown. They were in line to get their car from the valet.

“This white lady comes to me and she hands me her ticket and says, ‘Can you get my car?’ Spencer chuckled. “I didn’t say anything, I just told her, ‘Ma’am, I’m not the valet.’” 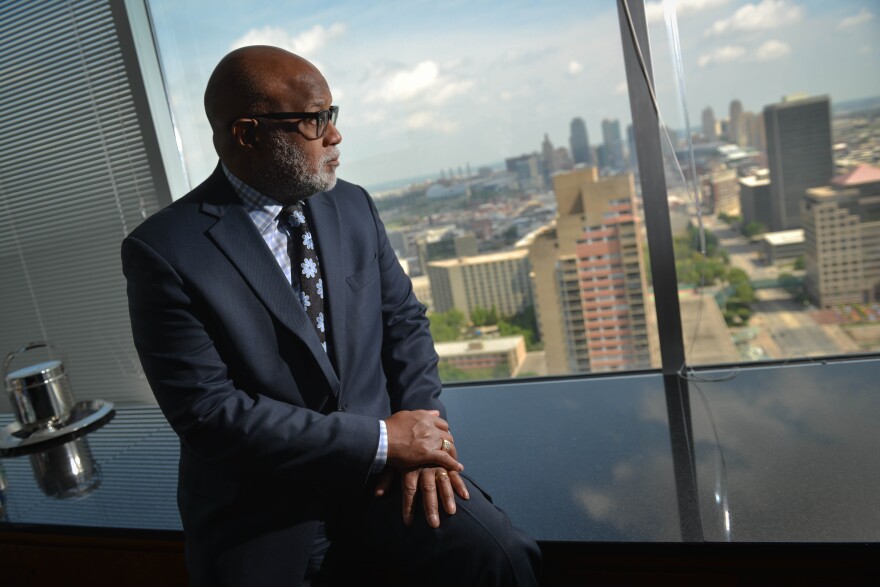 Jon Grey is a partner at the law firm of Shook Hardy & Bacon. He served 20 year as a Circuit Judge in the Sixteenth District of Missouri, where he said his decisions were sometimes questioned by white laywers and defendants.

Judge Jon R. Grey, a partner at Shook, Hardy, & Bacon, served for two decades in the Sixteenth Judicial Court of Missouri. He said he encountered similar reactions to his position on the bench, lawyers and defendants holding him to a different standard than his white colleagues. Sometimes they made it known they didn’t trust his rulings. Some said he was appointed as an act of affirmative action, because he was Black.

“I had to tell them that I got the governor’s autograph, just like the other judges,” Grey said.

The larger problem is one of socioeconomic inequity, Grey said. Those without resources, regardless of color, are treated differently than those with them. He learned from his father, a preacher, and his mother, a teacher, that regardless of his level of success, he has a responsibility to uplift all people.

“I have a saying from Booker T. Washington on my wall,” Grey said, “and it reflects what my parents taught me. It reads, ‘I have learned that success is to be measured not so much by the position that one has reached in life as by the obstacles which he has overcome while trying to succeed.’”

Under the Radar: Recognizing Black Excellence is a KCUR series aimed at countering the pervasive negative images of African Americans by showcasing Black success stories in Kansas City.

In a since-deleted tweet responding to a question about a potential contract extension for Kansas City Chiefs safety Tyrann Mathieu, Mathieu tweeted that he's "probably not" going to get a new deal in … END_OF_DOCUMENT_TOKEN_TO_BE_REPLACED

KANSAS CITY, Mo. — A manhole left uncovered is the source of concern after a woman damaged her car in Kansas City. The single-car crash happened at 11th Street and Tracy Avenue during the busy … END_OF_DOCUMENT_TOKEN_TO_BE_REPLACED

Kansas City, Missouri's COVID-19 emergency order was set to expire at the end of the month. But Mayor Quinton Lucas made it clear Friday that private businesses can still set their own rules.Any … END_OF_DOCUMENT_TOKEN_TO_BE_REPLACED

KANSAS CITY, MO (KCTV/AP) — All restrictions meant to slow the spread of the coronavirus were being rescinded as of midday Friday in Kansas City, Missouri, following guidance from the U.S. Centers for … END_OF_DOCUMENT_TOKEN_TO_BE_REPLACED