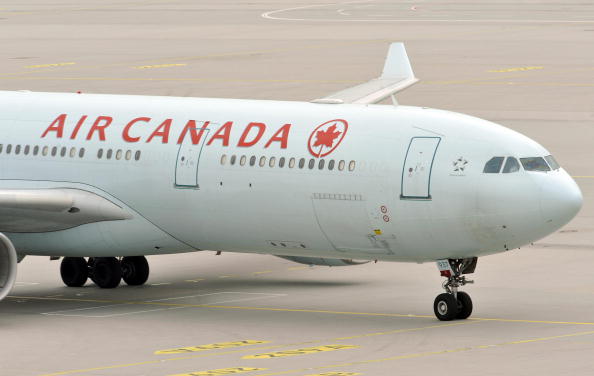 This season, there will be more nonstop service from Kansas City to Cancun than before the pandemic, according to data from the Kansas City Aviation Department.

But the airport’s international service could get even busier with the return of Air Canada. The Montreal-based airline hasn’t flown into Kansas City since March 2020.

Data from the Aviation Department shows Air Canada plans to resume its nonstop flights to Toronto in May. The airline is scheduled to make 30 nonstop flights to the Great White North that month. That’s the same level of service — 1,550 seats — as before the pandemic.

The combination of regular Toronto flights as well as increased seasonal Cancun flights could push the airport’s total international numbers closer to the highs it achieved in 2019 when Icelandair still was operating out of KCI.

In a since-deleted tweet responding to a question about a potential contract extension for Kansas City Chiefs safety Tyrann Mathieu, Mathieu tweeted that he's "probably not" going to get a new deal in … END_OF_DOCUMENT_TOKEN_TO_BE_REPLACED

KANSAS CITY, Mo. — A manhole left uncovered is the source of concern after a woman damaged her car in Kansas City. The single-car crash happened at 11th Street and Tracy Avenue during the busy … END_OF_DOCUMENT_TOKEN_TO_BE_REPLACED

Kansas City, Missouri's COVID-19 emergency order was set to expire at the end of the month. But Mayor Quinton Lucas made it clear Friday that private businesses can still set their own rules.Any … END_OF_DOCUMENT_TOKEN_TO_BE_REPLACED

KANSAS CITY, MO (KCTV/AP) — All restrictions meant to slow the spread of the coronavirus were being rescinded as of midday Friday in Kansas City, Missouri, following guidance from the U.S. Centers for … END_OF_DOCUMENT_TOKEN_TO_BE_REPLACED