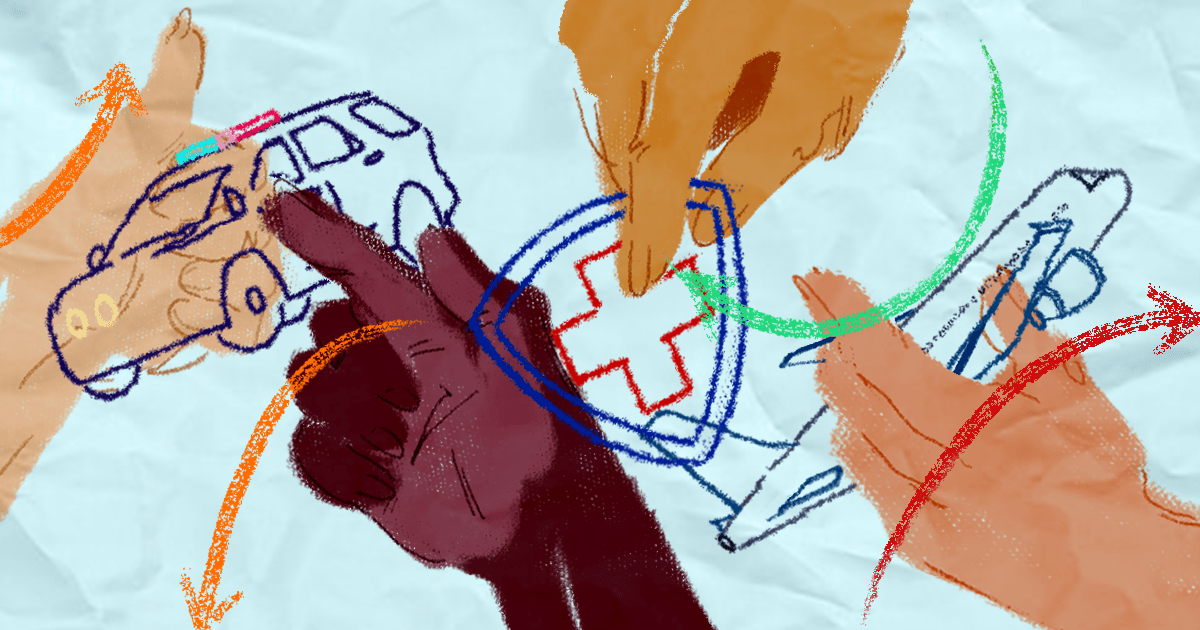 How do you like living in Kansas City, Missouri? Would you recommend it as a place to raise kids? What city services are most important to you?

Every year, the city asks a random sample of residents to answer questions like these through mail or online surveys. The idea is to gauge satisfaction with city departments and services, and determine what people’s highest priorities are.

People are far more interested in the Health Department, for example. People are less satisfied with parks and recreation services. And the results don’t just get filed away in a dusty drawer — these surveys inform and impact where money is allocated in the future.

The top priority for residents: infrastructure. Most agree it’s important (65%), but few (17%) are satisfied with where things stand.

Here’s what else Kansas Citians had to say.

In Kansas City, the three main priorities are unchanged: infrastructure, police services and neighborhood services. But dig a little deeper, and it becomes clear that residents had a reckoning when it came to other priorities.

Among them was Health Department services. The department was ranked the 8th most important this year, up from 14th the year before. Part of that can be explained by the pandemic, said Kate Bender, deputy performance officer with DataKC, a part of the city manager’s office.

“Some people were very aware of the Health Department, but there’s a lot of people who don’t have any medical health interactions, and then the rest of the things are just sort of invisible to them,” Bender said.

Conducting health inspections at restaurants, providing testing for sexually transmitted diseases and working to prevent lead poisoning are all Health Department tasks, but they don’t tend to make the news.

During the pandemic, though, the Kansas City Health Department faced a sudden onslaught of media attention, just like its peers across the country.

“That lack of visibility has probably been erased for a good number of people,” she said.

Other facilities and services saw a drop in their perceived importance. Airport facilities, after ranking eighth or higher for several years, dropped to 13th.

Bender said that when an issue is getting a lot of attention from the City Council or the media, its importance can rise in the eyes of residents. Once a solution is reached — the funding of the new Kansas City International Airport terminal, for example — it no longer registers as a priority.

“Now that construction is underway and funding is established, we’ve actually seen (its priority) declining,” she said. “I see that as people being, ‘Oh, that’s done,’ even though it’s not finished.”

As events like concerts, plays and festivals were canceled last year, people started looking to public recreation areas for entertainment. The only problem? Many of the services were also closed.

Kansas City’s pools were one of the victims of pandemic closures. While some have reopened this season, others will remain closed, with no clear timeline on when residents can expect to dip their toes into the water again. Satisfaction with pools and their programs dropped 9.5%.

Satisfaction with community center programs lowered by 6.3%, and visits to those centers dropped 7.4%. Even Mayor’s Nights at the Southeast Community Center, a long running program providing sports clinics and games to kids as a safe evening activity, had to start late due to COVID-19 concerns.

While Mayor’s Nights are now in full swing, there are limited slots for participants. Mayor Quinton Lucas, who attended some of the clinics, said in order to ensure kids keep engaging with community centers, lowering the barriers to entry is essential.

“You need to reduce costs for kids to enter summer programs, make sure you advertise the hell out of the services,” Lucas said. “You want to make sure that people know coming to these community centers is entertaining, even if they’re not competing.”

Some ventured onto public trails for the first time, and not everyone was happy with what they found. The Beacon previously reported that people were biking more during the pandemic than in years prior. With more people came more complaints; satisfaction with walking and biking trails was down 2.6%.

“I think that a lot of new people got out during the pandemic who weren’t used to walking and biking in the city and found that we don’t have a lot of infrastructure,” said Eric Rogers, executive director of BikeWalkKC. “We have less than they assumed there might have been.”

A large part of the problem is that many biking trails and lanes don’t connect. Rogers said people may start on a trail, only to find a dead end or suddenly be thrust into traffic.

Funding for the sort of expansion needed to connect these trails is difficult to obtain.

“We haven’t invested enough in this, so funding is limited, and you can only build a bit at a time,” he said. In the past, the city has added a bike lane while resurfacing a road to cut down on total costs. This becomes a problem when resurfacing only happens on the worst roads in the city, instead of following a more holistic plan.

Your quality of life in Kansas City may also depend on your City Council district.

Residents with lower income were also less satisfied with quality of life in the city. Bender said it’s important to determine if these results can be tied back to different service levels and infrastructure quality. Buildings designated as dangerous by the city, for example, are more likely to be in neighborhoods with lower income and more residents of color, according to previous Beacon reporting.

“The survey tells us people’s perceptions, which sometimes contrasts with our understanding of the situation,” Bender said. It can help inform where more outreach is needed, or where adjustments to existing services should be made.

Lucas took office shortly after questions had been decided for the 2019-20 resident satisfaction survey. Because of the timing, his office didn’t have the chance to provide input.

In 2020, he worked with DataKC to add two new questions concerning the police: how responsive they were to resident concerns, and the relationship between a resident’s neighborhood and the police.

“Over the last year, there’s been a lot of discussion about our police-community relations,” Lucas said. “What there has not been is a discussion on what the community truly thinks…. My view is that it’s very important we actually speak with the public, and that’s why I thought it was important to bring this change.”

Bender said the last time new policing questions were added was around seven years ago. The summer protests against police violence and for racial justice factored into the decision to update the survey.

“In the past, we’ve met with KCPD to talk about questions and offered the opportunity to make modifications, but we haven’t ever gotten any edits from them,” Bender said. “I think there’s definitely a sense of, we can be more current in what we’re asking.”

BikeWalkKC was one of the organizations that campaigned for questions about biking and walking trails to be added to the resident satisfaction survey several years ago. Elected officials can be skeptical about whether residents would actually use amenities, Rogers said, which makes survey feedback very important.

Now that the survey data has been collected, Bender and her team will meet with various city commissions and boards to talk about what needs changing. It’s not an overnight process, but it can have real results: Take the $800 million infrastructure plan that was approved in 2017. The language of the ballot questions approved by voters came from the resident survey.

The survey “helped dictate that so much of it went to streets and sidewalks, because we didn’t really have a city-funded sidewalks program,” Bender said. “The consistent presence of sidewalks was a top priority for residents and was one of the driving factors that led to all the different stakeholders who advocated for that.”

This story was originally published on The Beacon.

In a since-deleted tweet responding to a question about a potential contract extension for Kansas City Chiefs safety Tyrann Mathieu, Mathieu tweeted that he's "probably not" going to get a new deal in … END_OF_DOCUMENT_TOKEN_TO_BE_REPLACED

KANSAS CITY, Mo. — A manhole left uncovered is the source of concern after a woman damaged her car in Kansas City. The single-car crash happened at 11th Street and Tracy Avenue during the busy … END_OF_DOCUMENT_TOKEN_TO_BE_REPLACED

Kansas City, Missouri's COVID-19 emergency order was set to expire at the end of the month. But Mayor Quinton Lucas made it clear Friday that private businesses can still set their own rules.Any … END_OF_DOCUMENT_TOKEN_TO_BE_REPLACED

KANSAS CITY, MO (KCTV/AP) — All restrictions meant to slow the spread of the coronavirus were being rescinded as of midday Friday in Kansas City, Missouri, following guidance from the U.S. Centers for … END_OF_DOCUMENT_TOKEN_TO_BE_REPLACED