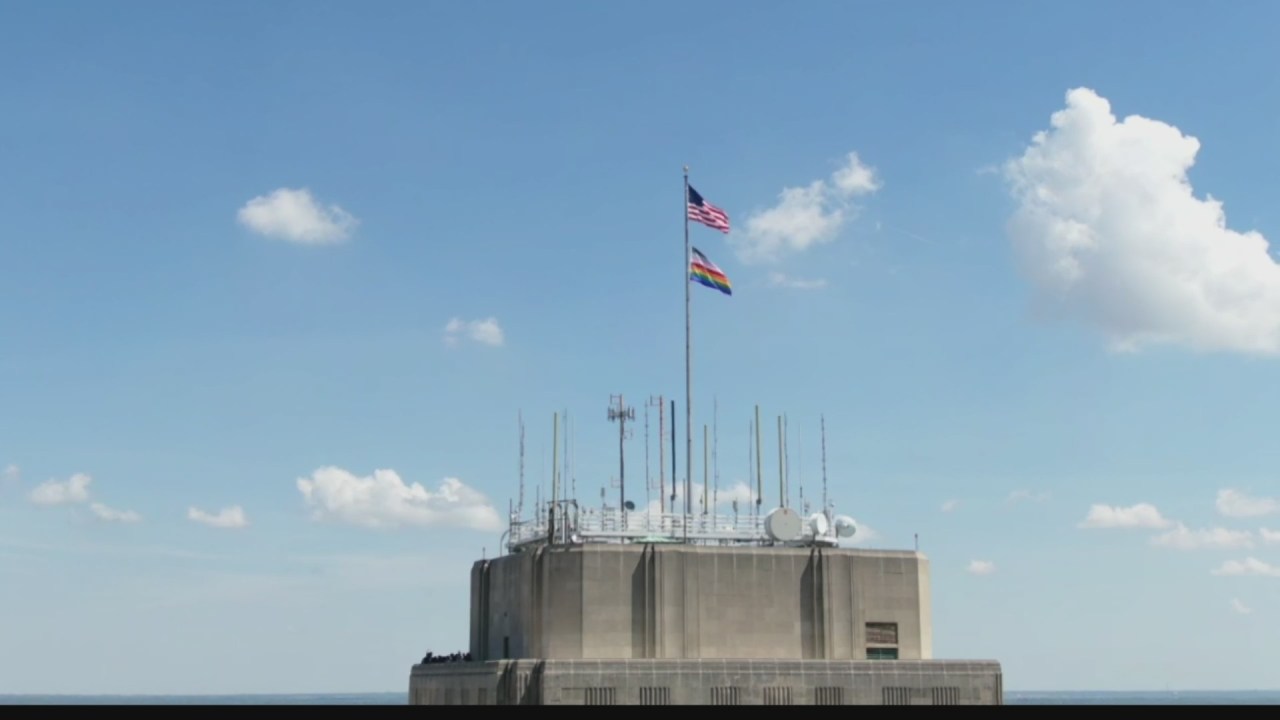 KANSAS CITY, Mo. — For the first time, the Progress Pride flag will be flown on Kansas City’s City Hall during Pride Month.

According to the city, historians have confirmed that it is the first time the flag will be flown on any government building in Missouri.

The colors of the Progress Pride flag also represent the Trans community and Black and Brown LGBTQ community in Kansas City.

“I remember attending my first Pride and seeing Pride flags everywhere I remember how exhilarating it felt to now longer be alone,” Moon Glasgow Brown. Chair of the KCMO LGBTQ Commission, said.

“The City is proud to lead in this effort of representation and visibility for the LGBTQ Community who call Kansas City and Missouri home,” the City said.

Before the raising of the flag, Glasgow Brown, Justice Horn, Vice Chair of KCMO LGBTQ Commission, and Bough spoke to the media and offered remarks.

“We fly this flag to represent our continued fight for deliberation of our community,” Glasgow Brown said. “To my younger siblings who feel like I once felt, this flag is for you.”

City Hall will join other buildings in Kansas City in lighting up with Pride throughout the month of June.

In a since-deleted tweet responding to a question about a potential contract extension for Kansas City Chiefs safety Tyrann Mathieu, Mathieu tweeted that he's "probably not" going to get a new deal in … END_OF_DOCUMENT_TOKEN_TO_BE_REPLACED

KANSAS CITY, Mo. — A manhole left uncovered is the source of concern after a woman damaged her car in Kansas City. The single-car crash happened at 11th Street and Tracy Avenue during the busy … END_OF_DOCUMENT_TOKEN_TO_BE_REPLACED

Kansas City, Missouri's COVID-19 emergency order was set to expire at the end of the month. But Mayor Quinton Lucas made it clear Friday that private businesses can still set their own rules.Any … END_OF_DOCUMENT_TOKEN_TO_BE_REPLACED

KANSAS CITY, MO (KCTV/AP) — All restrictions meant to slow the spread of the coronavirus were being rescinded as of midday Friday in Kansas City, Missouri, following guidance from the U.S. Centers for … END_OF_DOCUMENT_TOKEN_TO_BE_REPLACED