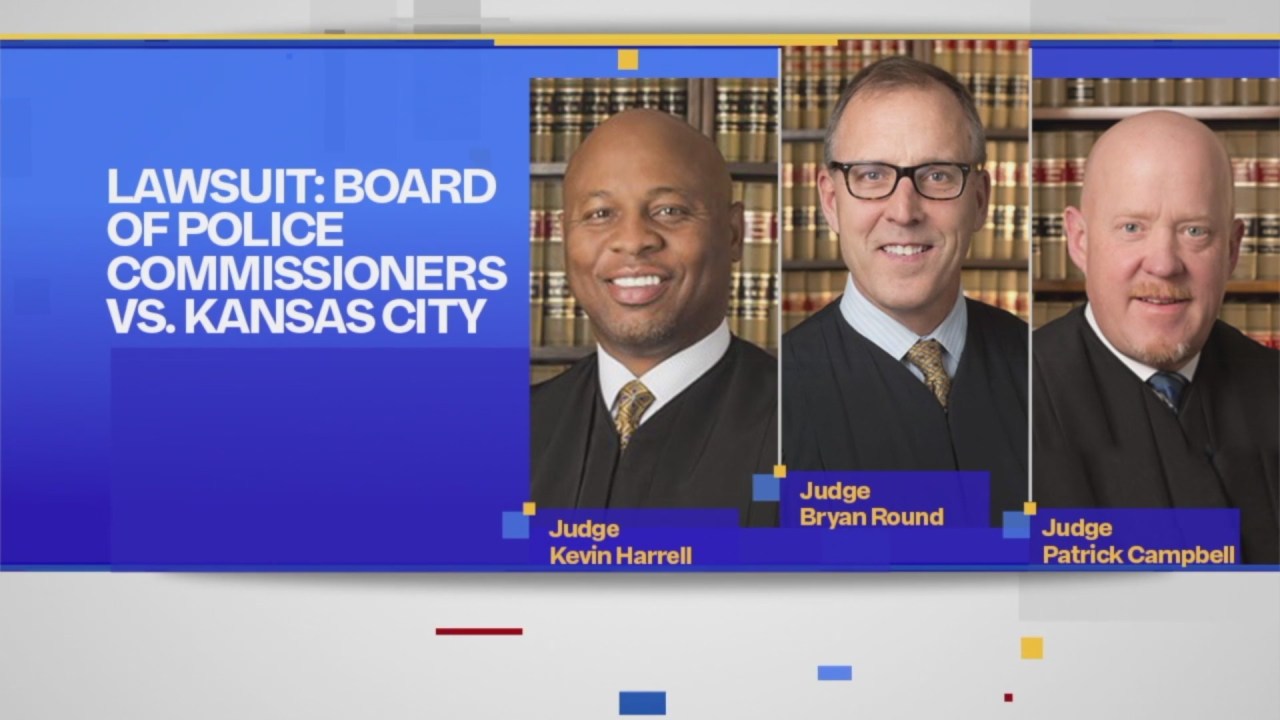 The case has burned through three judges already before the city has even filed its response.

These types of judge reassignments are nothing extraordinary. They can happen hundreds of times a month. But it’s the organizations and one judge involved that are raising questions.

4Star Politics: North versus south and the battle over Kansas City police funding

Three judges in five days have been assigned to hear the police board’s lawsuit over KCPD funding. On June 11, Kansas City’s attorney requested the case be transferred from Judge Kevin Harrell to someone else.

The city attorney told FOX4 she will not discuss why the city made that request, but some critics say the city asked for the move because it thinks it has a better chance of winning outside of Harrell’s court room.

FOX4 asked 16th Circuit Presiding Judge Dale Youngs for his input, and he said the city didn’t have to give a reason this time.

Each side gets one free change of judge request. If there is a second request, they must tell the court why they are making the request.

The second judge assigned was Judge Bryan Rounds, who was the secretary, attorney and business manager for the Board of Police Commissioners from 1997-2005. He recused himself from the case Wednesday. Round’s past was not considered when he got the assignment to avoid the appearance of impropriety.

“We literally take the next person in line who takes the case as it comes to them, and to do it any other way would raise the very issues that people have raised regarding Judge Round, right or wrong, true or false,” Youngs said. “That’s how we get around that and get away from that. I simply taking the next person in line.”

Now, the next in line is Judge Patrick Campbell, who will hear the case. If the city asks for another change in judge, it will have to tell the court why. The Board of Police Commissioners still has its free pass.

Mark Tolbert, president of the police board, did not respond to FOX4’s request for comment for this story.

In another development, the city has asked for a one-week extension in filing its response to the lawsuit.

On Monday, Urban League President Gwen Grant filed a motion to join the lawsuit on behalf of the city’s taxpayers. The city wants more time to determine if that request would change its response.

In a since-deleted tweet responding to a question about a potential contract extension for Kansas City Chiefs safety Tyrann Mathieu, Mathieu tweeted that he's "probably not" going to get a new deal in … END_OF_DOCUMENT_TOKEN_TO_BE_REPLACED

KANSAS CITY, Mo. — A manhole left uncovered is the source of concern after a woman damaged her car in Kansas City. The single-car crash happened at 11th Street and Tracy Avenue during the busy … END_OF_DOCUMENT_TOKEN_TO_BE_REPLACED

Kansas City, Missouri's COVID-19 emergency order was set to expire at the end of the month. But Mayor Quinton Lucas made it clear Friday that private businesses can still set their own rules.Any … END_OF_DOCUMENT_TOKEN_TO_BE_REPLACED

KANSAS CITY, MO (KCTV/AP) — All restrictions meant to slow the spread of the coronavirus were being rescinded as of midday Friday in Kansas City, Missouri, following guidance from the U.S. Centers for … END_OF_DOCUMENT_TOKEN_TO_BE_REPLACED