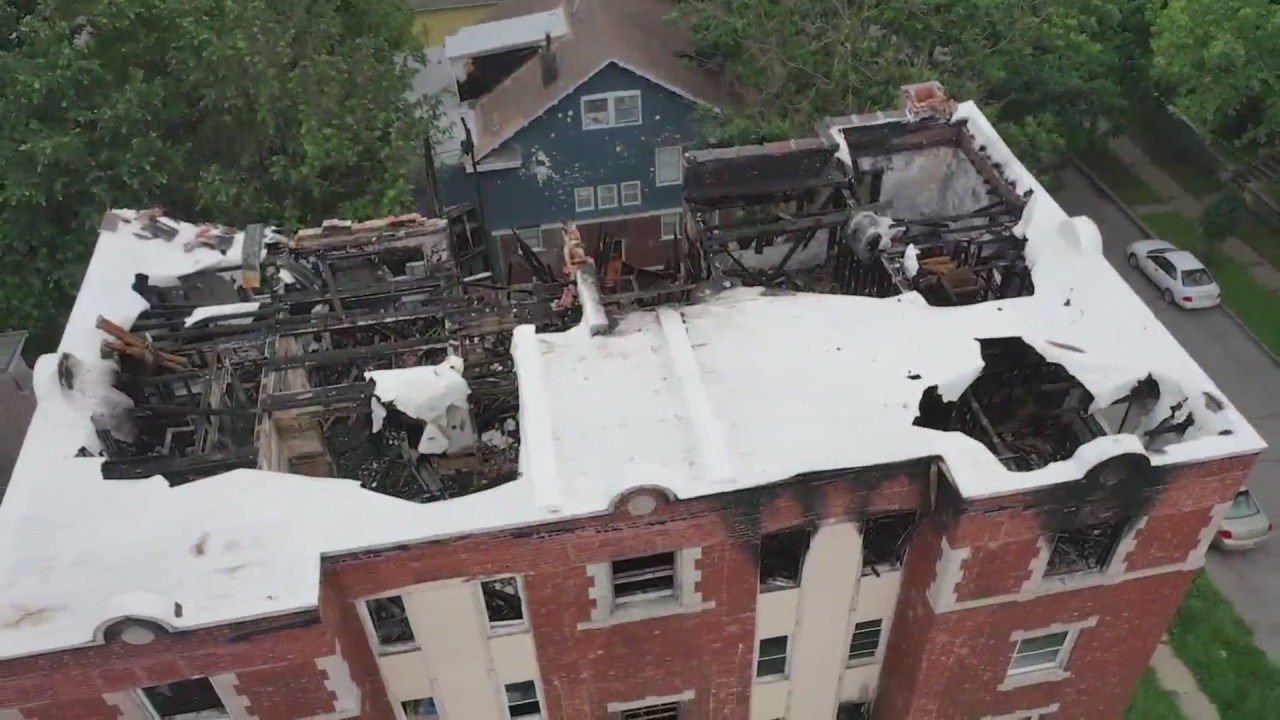 KANSAS CITY, Mo. — Some Kansas City neighbors are upset that an apartment building damaged by arson, which injured multiple people, isn’t being torn down.

“There’s boogeymen peering out the window all hours of the night. The constant prostitution, the drug sales, people screaming at themselves in the middle of the night,” said David Gant who lives near the building. “It’s the Amityville crack house of horror all day.”

Gant said he’s lived in Kansas City’s Independence Plaza neighborhood for about 10 years. He said the apartment building, located at the corner of 11th Street and Benton Boulevard, has become a magnet for squatters and illegal activity ever since a fire in January.

His car has been stolen, and he’s had to chase people off his front porch, Gant said. Other neighbors said drug activity is constant.

“We are just supposed to accept this reality when I think, in other parts of town, you don’t have a building that burn down and stays in that condition for six months with people living in it,” Gant said. “I want it gone.”

The building is owned by a company named SC Re 1 LLC, based in Denver, Colorado. Multiple requests from FOX4 for comment went unanswered.

A Kansas City spokesperson said the building’s owner is getting bids to demolish the building, but there wasn’t enough damage for the city to do an emergency demolition.

For neighbors like Gant, he said that answer isn’t enough.

“What is that? I’m going to tear it down. I’m taking bids? You could say that for years. It’s been six months like this, and nothing’s happened,” Gant said.

“The the police can’t come kick them out because it is too dangerous to enter. The city won’t pressure the owner to do anything or take responsibility for the property. What we are left with? Just this habitat over here, and we are supposed to be responsible for protecting ourselves and our property.”

Neighbors said they want to see the city take control before someone is hurt.

Authorities ruled arson as the cause of the January fire. On May 28, the Jackson County Prosecutor charged 35-year-old Rodney Boyles. Court documents say Boyles admitted to setting the fire with a cigarette lighter.

Multiple people were injured, and eight families were displaced.

In a since-deleted tweet responding to a question about a potential contract extension for Kansas City Chiefs safety Tyrann Mathieu, Mathieu tweeted that he's "probably not" going to get a new deal in … END_OF_DOCUMENT_TOKEN_TO_BE_REPLACED

KANSAS CITY, Mo. — A manhole left uncovered is the source of concern after a woman damaged her car in Kansas City. The single-car crash happened at 11th Street and Tracy Avenue during the busy … END_OF_DOCUMENT_TOKEN_TO_BE_REPLACED

Kansas City, Missouri's COVID-19 emergency order was set to expire at the end of the month. But Mayor Quinton Lucas made it clear Friday that private businesses can still set their own rules.Any … END_OF_DOCUMENT_TOKEN_TO_BE_REPLACED

KANSAS CITY, MO (KCTV/AP) — All restrictions meant to slow the spread of the coronavirus were being rescinded as of midday Friday in Kansas City, Missouri, following guidance from the U.S. Centers for … END_OF_DOCUMENT_TOKEN_TO_BE_REPLACED